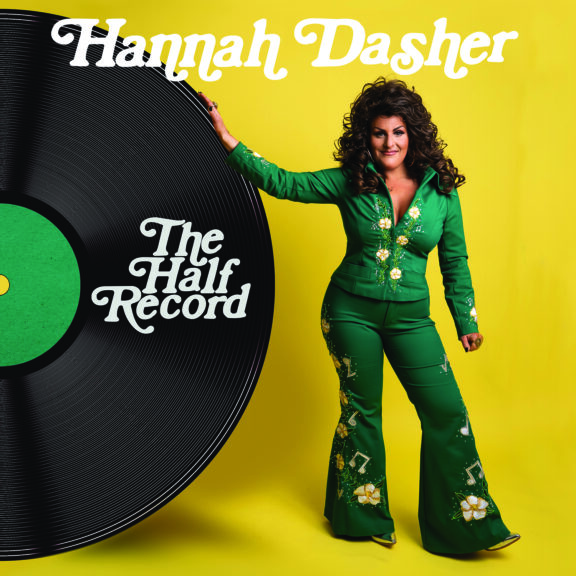 HANNAH DASHER RELEASES ‘THE HALF RECORD’

“Girls Call The Shots” is exactly about that love a guy has for a girl but doesn’t necessarily know how to say it – but knows exactly how to show it. Guys if you want a girl to fall for you, you might wanna listen to this one.

Dead end roads don’t go nowhere
But a girl can make a boy go there
A penny saved is a penny earned
He’ll blow it off if it’s all on her
Some things stay the same
Like all she’s got to do is walk up and ask him
Some things never change
Like a guy on the dance floor that don’t like dancin’
He’ll twostep all night for one kiss goodbye
It’s the truth if you like it or not
Guys buy the drinks, girls call the shots

“You’re Gonna Love Me” might be my favorite off this release. This one really breaks down what it’s really like to be Miss Hannah Dasher. She hits us with lyrics – No I ain’t for everybody but I don’t try to be, if you like the sound of that, you’re gonna love me. It’s a really kind of a take it or leave it attitude and that’s what we love about her.

“Shoes” is all about being in that person’s shoes that you just broke up with and wanting them to come back to you because it didn’t end the way you wanted it to. We’ve all been there, and sometimes we just want that second chance for their person to come running back.

“Leave This Bar” has that end of the night feeling and why everyone’s looking for their reason to leave the bar.

Everybody knows why everybody’s really here, everybody wants somebody to say lets get out of here

The Half Record Tracklist:

Raised in Savannah, GA, Hannah Dasher would spend hours reading album covers front-to-back as a child, all while taking cues from a diverse lineup of influences like Alan Jackson, Hank Jr., Tom Petty, Eric Church, and Aretha Franklin. After graduating from University of Georgia, Dasher moved into a small attic apartment just off Music Row in Nashville. To make ends meet, she began working five days a week selling fishing boats and outboard motors at Bass Pro Shops. Dasher was later fired from Bass Pro for writing songs on the job. Soon after, she landed her first publishing deal, and as fate would have it, her first cut, Brad Paisley’s “Go To Bed Early,” was from an idea she’d been working on during her last days employed at Bass Pro. The hustle has clearly paid off for Dasher, who has rocked audiences across the country, opening for greats including her hero Bocephus, The Cadillac Three and Lynyrd Skynyrd. Now with her own music, Dasher solidifies that she is not to be overlooked, with traditional-cut artistry, bold lyrics, and can’t-be-duplicated personality.

Dasher was named a  2021 Fender Next Artist and a 2021 CMT Next Women of Country artist. Outside of music, Dasher is known for her explosive TikTok vitality with her “Stand By Your Pan” cooking show that has earned her more than 1.2 million followers and more than 13 million likes on the platform. The New York Times’ Popcast even tapped her as “TikTok’s Minnie Pearl” for her quick-witted humor and character-driven performance.

Miss Hannah DAMN Dasher is one of the women you better keep on your radar if she’s not already there, because you’re looking at the future of women in country music right here.