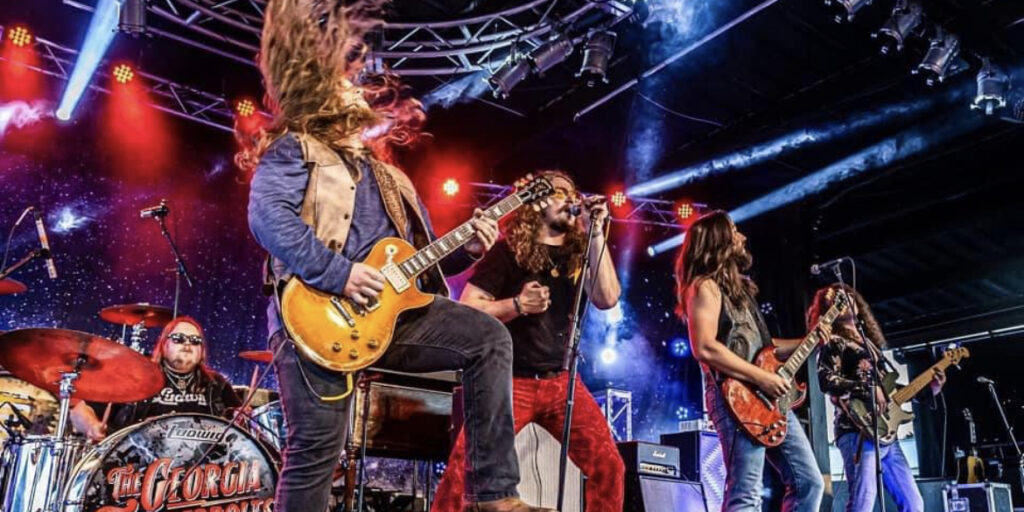 Three Southern Rock Bands to Keep an Eye On

We all know the legendary rock ‘n’ roll bands that graced radio stations and stages back in the day, whether it be acts like Lynyrd Skynyrd, The Allman Brothers Band, The Marshall Tucker Band or many, many more. Unfortunately, it is hard to stumble upon any mainstream Southern fried rock these days, but that doesn’t mean there aren’t any artists keeping the genre alive. Here are some bands to keep an eye on who have what it takes to bring the Southern Rock genre back to the forefront.

What is interesting about the GA Thunderbolts is how close they follow the traditional Southern Rock sound while adding their own flavor and edge, which blends perfectly. Hailing from Rome, Georgia, the Thunderbolts include TJ Lyle on vocals, piano and harp, Riley Couzzourt and Logan Tolbert on guitar, Zach Everett on bass, harmonies and keys, and Bristol Perry on the drums. With their soulful style, reminiscent of the Allman Brothers, that they mix in to their Southern sound, the band is quickly gaining traction and making a name for themselves. In 2020, the GA Thunderbolts put out some tunes that include rockers like “Lend A Hand” and “Looking For An Old Friend.” Their newest 2021 release titled “Take It Slow” was dropped at the end of May, which you can listen to below!

If you want a true nostalgic feeling while experiencing a fresh sound all at once, The Delta Sons are right down your alley. Consisting of Zack Mutual on vocals, Dan Drogosh and Joseph Maliszewski on guitar, Ethan Willis on bass, and Evan Mayo on drums, the members come from different parts of the country but all made their connection in Nashville. Even though the band has been playing together for a while, The Delta Sons have just now started releasing new music, and they are way ahead of the game. “Home,” their first release, was an incredibly strong debut single for them. The vocals and instrumental style are very similar to Skynyrd, but they are definitely not copycats. Enjoy their newest release, “Chattanooga,” below.

If you would take one look at the guys from Revelry, you wouldn’t be able to tell if you were looking at a glam band from the Sunset Strip or is a honky tonk act from Nashville, but man do they own it. With Zack Montgomery on vocals, Redd Byrd and Jordan Whorley on guitar, Dane Lovvorn on bass, and Lucas Vincent on drums, Revelry introduces a gritty side to their southern sound. Whether they play at an American Legion in Nashville or at Whiskey Jam, the band is always an energetic and exciting show. With only one single out so far, a killer jam called “Dirty,” Revelry has already built up quite a following around Nashville which is growing with every show. Keep an eye out for their upcoming single to be released on June 25th titled “Two To Tango!”