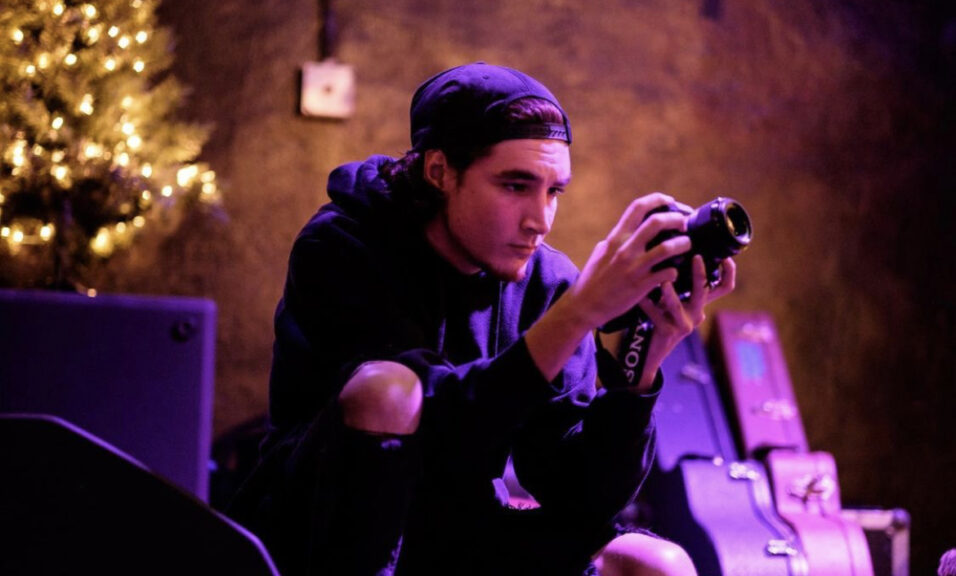 When it comes to a music scene, the actual music is only the half of it. There are certain elements that create a community, whether it be the popular clubs or music journalists, but an overlooked piece to the puzzle is the photographer who brings that sound to a greater audience. Steven Contreras, also known as Scoob, has been a big part in capturing moments of many artists in the Red Dirt and Texas music scenes.

Contreras first got into photography around 2017-2018.

“It honestly came to me out of nowhere. I’ve always appreciated photography,” Contreras explained. “I guess I just always had an eye for photography and once I picked up a camera, I was hooked.”

In 2018, Contreras was invited to do a show for Read Southall Band, which is currently one of the biggest bands in the Oklahoma/Texas music scene.

“This was my first time shooting a concert and also my first time meeting Read and the guys. At the time I didn’t really know a lot about the Red Dirt scene or being a photographer in the music industry, but after that night I knew it was what I wanted to do,” Contreras stated.

He began to travel to as many RSB gigs that he could make it to, all while using the practice to work on his craft. Then one day, he was given the opportunity to join them on the road full time.

Since then, Contreras has been spreading the visuals of the scene out west through his lens. He was been with Read Southall for 3 years now, and also works with Austin Meade, Kody West, and Carson Jeffrey. He still has goals for the future, like photographing big festivals or shooting shows for other genres when he’s not on the road.

”In the beginning it can definitely be a shock especially if you’ve never been on the road before. You will quickly learn how to sleep under any condition and anywhere possible,” he laughs, “all bands are different and also in different stages of their careers, but luckily I’ve only ever travelled with people that I’ve become good friends with and like to work, so adjusting has been pretty easy. I’m very grateful to be able to travel the country and work as a creator for a living.”

The most interesting part about professional photographers is how they find the perfect shot. Contreras goes on to explain, “I’ve been trying to figure out how to describe my work recently, and I think what I look for most is emotion and composition. I like photos from interesting angles at high energy moments. I know the RSB set so well these days that I know that in this song I can get certain shots that I’m looking for because I know there’s a cool drop or a really dope solo. So that’s kind of how I’ve mapped out my workflow when shooting a show. I always say that I want the photo that they’re going to use in a documentary one day.”

For any aspiring live music photographers, he also has some words of advice.

”Grind and be creative. It will not be easy at first but once you reach your goal you’re gonna look back and miss those days that you had to drive 5 hours for a gig or sleep in your car. Also, be you. Don’t just take a photo that everyone has taken. I wanna see something creative and different that makes you stand out from everyone else. This is more than a photo. You’re documenting a band’s history in real time while also creating your own art, and if you treat it that way the better your photos will be.”

Steven Contreras is just now beginning to put his printed photos up for sale. Check out his seller page:

Also, follow him on social media to keep up with your favorite Red Dirt band’s life on the road, as well as his:

Check out his Insta here