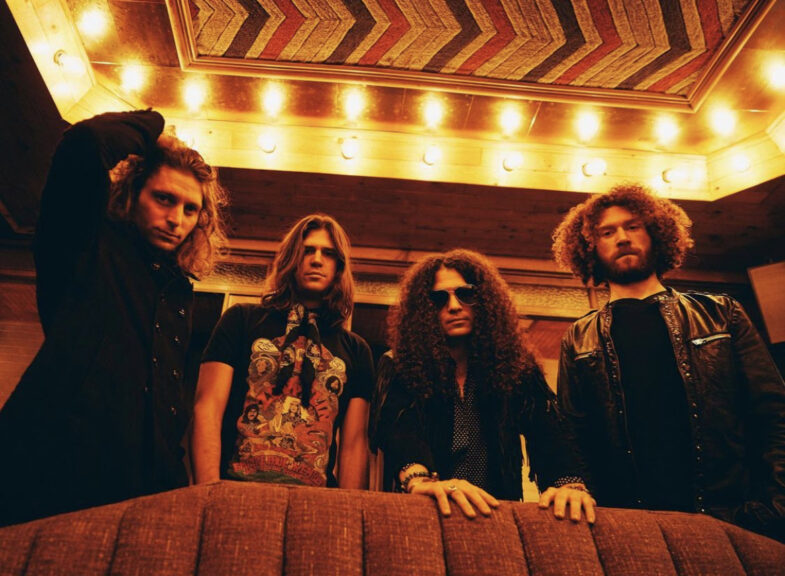 You would be hard-pressed to find a band to open for a group like The Black Crowes who can click so well and carry their own more than Dirty Honey.

The Black Crowes, known for hits such as “Hard To Handle,” “Twice As Hard” and “She Talks To Angels,” are soon going to embark on their Shake Your Money Maker tour. Brothers Chris and Rich Robinson announced last year that they were reuniting, and although shows were canceled because of COVID, they are back and ready to bring it in 2021.

The reunion of The Black Crowes is exciting in itself, but there is a little added bonus that fans and concert-goers should definitely pay attention to. Dirty Honey, a young band with extreme soul, blues influence, and a hint of Southern Rock, announced that they are going to be opening for the Crowes.  Formed in 2017, Dirty Honey has been gaining more and more traction within the last couple years after their 2019 self-titled album, which featured killer tracks such as “When I’m Gone” and “Rolling 7s.” “When I’m Gone” even wound up being the first song by an unsigned artist that reached number 1 on Billboard’s Mainstream Rock chart.

Consisting of members Marc LaBelle (vocals), John Notto (guitar), Justin Smolian (bass), and Corey Coverstone (drums), Dirty Honey can best be described as a modern rock ‘n’ roll band that came from another generation. LaBelle’s vocal style has the range of Robert Plant, the rawness of Axl Rose or Steven Tyler, and the soulfulness of Chris Robinson. Sonically, the band brings out an atmosphere of classic rock, with guitar tones that can please anyone from a Skynyrd fan to a Crüe fan.

This summer, do yourself a favor not only by seeing the legendary Black Crowes, but also expose yourself to some genuinely good music from a newer band like Dirty Honey. With every release, they prove that rock ‘n’ roll isn’t dead and that it is possible to stay fresh and maintain a traditional sound.

Support Dirty Honey by following them on social media, buying their music and merch, and getting some tickets to some live shows!