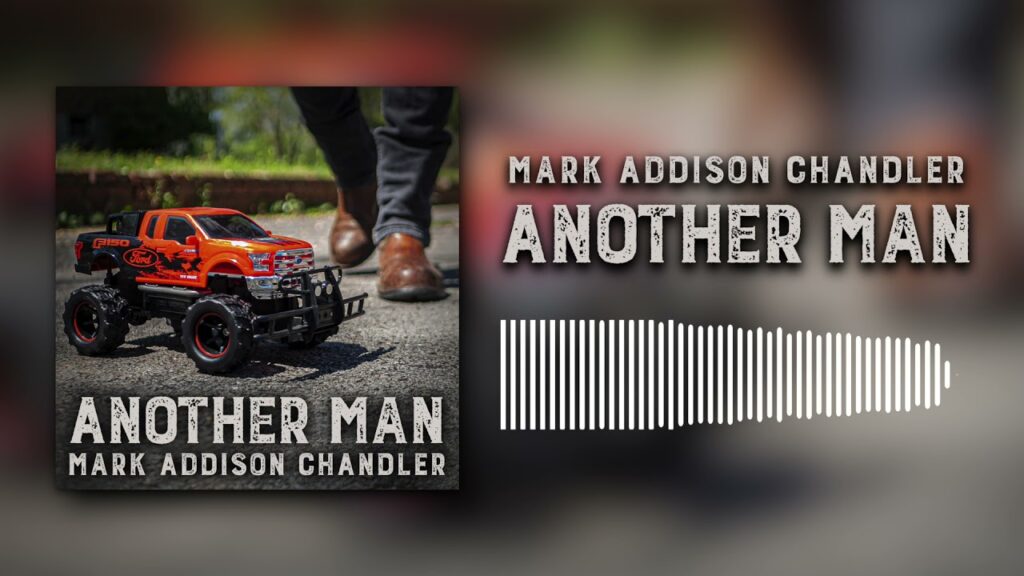 Real life lyrics based on real life experiences are what Mark Addison Chandler does. On Monday, his latest release is no different.

“Another Man” tells the all-too-familiar story of dating someone with a child, and pulling from his personal experience creates a genuine feel throughout.

“This is what I was going through in my life at the time. I feel like, for me, that it’s a serious thing to meet someone’s kids,” he said. “You find traces of him all over the house. There’s another man there, and he always comes first.”

Although his own children are teenagers, Chandler has found it difficult at times to balance a personal life with being a parent, and understanding that dynamic makes “Another Man” a song to which many can relate.

“She was busy, I was busy. With both of us trying to find time to see each other, it was a struggle,” he said. “As someone who’s not 22 years old, I’m going to write about things that maybe young people don’t have experience with yet, and that’s OK. But it’s important to understand that situation.

“A selfish man wants to see his woman any time he can, but if you love her then you have to give her what she needs. What she needs most of the time is whatever her kids need.”

A timely release, “Another Man” is set to hit streaming platforms on Monday, May 3, as Mother’s Day looms on the following Sunday.

“Mother’s Day is an incredibly special day for women across the world,” Chandler said. “I wanted to make sure that single moms had a song they could relate to on this holiday.”

This is the third release of 2021 for Chandler, who is aiming to release a new single every month on or near the first Monday, dating back to March 8, when he released “Still Lookin’” as a tribute to a friend who was celebrating his wedding anniversary.

“I am excited to be releasing new music every month, including ‘Another Man’ and ‘Standing Still’ in June,” Chandler said. “This is going to be a fun year for me, and I am excited to share what I’ve been doing with my friends and fans.”

Mark Addison Chandler believes in telling the stories of our lives while simultaneously strumming a six-string. Country music has always been about the story, and Mark’s goal every time he weaves a song together is to be honest and real.

Retired from the U.S. Army with three tours of duty during the War on Terror, Mark knows a thing or two about life. While the strenuous demands of the military prevented his pursuit of music for much of his military career, he began writing songs and reconnected to his musical roots just before retiring. Since that time, he’s penned songs that have topped charts in Texas, on iTunes and CMT.

Find him on social media and streaming at: