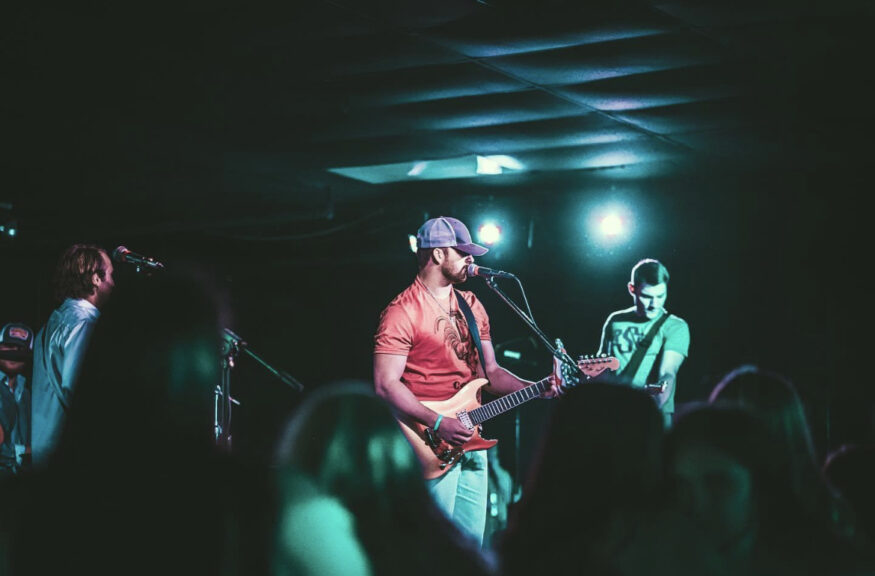 As time goes on, the Red Dirt music scene has evolved in many different ways. The most notable of these changes is the style in which the actual music is played. As years rolled on, there has been more unique songwriting, more diversity in the actual instrumentation, and shows have even gone from small dive bars to arenas. One thing remains constant, and that is the musicians cutting their teeth night after night keeping Red Dirt alive. Trenton Fletcher is a perfect example.

Originally from the small town of Fox, Oklahoma, Trenton is very involved in the Stillwater scene. For those who don’t know, Stillwater, Oklahoma is where Red Dirt really took off since the early days of the genre. Inspired by a wide array of artists such as Waylon, Eminem, Toby Keith, and Aerosmith, Trenton really found his own sound after listening to Cross Canadian Ragweed, Jason Boland, Whiskey Myers, Johnny Cooper and Cody Jinks.

The coolest thing about Trenton Fletcher is that he is already writing great songs, which is something that a lot of artists struggle with in the early stages of their career.

”I may hear a couple words from another song that send me down a rabbit hole of thought, or I may find a progression that I start humming melodies to until they turn in to words,” Trenton explains. “I really don’t have a set way that I start or finish a song, but I do like to have a general idea of how the direction of the song will go from start to finish. Sometimes they take 20 minutes. I’ve had a few that have taken me 2 years or more. I try to make sure everything is written down or saved at the bottom, even the ideas I end up not using for a song.”

Even at the first show he played with his old college roommate, he had original songs ready to perform.

“I’ve always just kind of taken the approach that I need to figure out how to be able to play more of my own songs, write songs in a way that people could relate to, how to book more shows and finally how to further it as a full-time job.” Trenton states, “Over the last few years it has evolved into having my residencies and open mics that I host in Stillwater during the week and gigging on the weekend. There’s a lot of great energy in the Red Dirt scene right now here in Oklahoma, and there’s a lot of folks working together to make it happen. It’s pretty cool to witness and be a part of.”

Having played The Tumbleweed’s Weedstock festival last August, Trenton has gained quite a bit of traction in a short amount of time. He recently dropped his newest single, “Ballad of Bill Dalton,” earlier this year along with a new music video for his 2020 song, “Don’t Drink the Whiskey.” Exciting things are still to come for Trenton Fletcher and he is definitely an artist to keep an eye on in the coming months!

Keep an eye out for Trenton Fletcher’s upcoming album, Nonessential, this July. Also, check out his music video for “Don’t Drink the Whiskey” below: