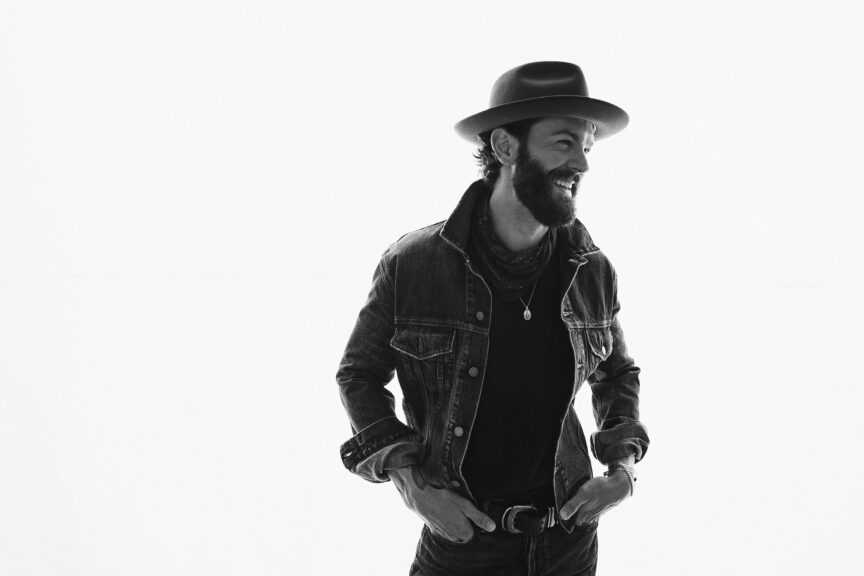 Independent country artist Ryan Kinder is releasing two singles from his upcoming album, Room To Dream, which will be available on July 31st. The featured songs, “Blame” and “Hell Is” are two very different songs stylistically and one might wonder how that can be as they will be on the same project. “Blame” is a huge-sounding, guitar-laden rocker, driven with stomps, claps and thick background vocals while “Hell Is” feels like a radio-ready heartbreaker. Growing up, Kinder never listened to just one type of music; he listened to it all. It was the melding of so many genres that left a mark on him and inspired this album. 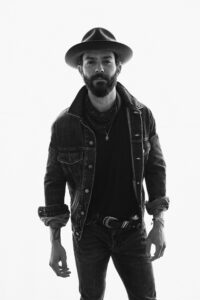 “This album is titled ‘Room To Dream’ in that sense. I wanted to put out an album with varying styles and genres but still have a singular focus and theme. There are pop country songs, southern rock songs and some acoustic Americana/country songs. It’s a collection of some of my favorite genres in one.”

There is no denying Kinder’s southern rock influence right from the opening riff of “Blame.” It’s loud, hits hard, and gets your attention from the start. The track highlights just how powerful his vocals truly are while giving listeners a taste for his range at the same time. Kinder penned the song with two other writers, Luke Sheets and Fred Wilhelm. The three landed on this song almost by accident you could say, as many often do. After spending a few days at a cabin working on writing songs for the album, Kinder, Sheets and Wilhelm wrapped up what they thought was their last song. Then, the whiskey started flowing and Kinder recalls messing around with what would become the intro riff and they all had the same thought – “damn, we’ve gottago back in there and write this.”  “Blame” immediately became part of the set list and was getting crazy crowd reactions so it was a no-brainer for Kinder to add it to the album. The song was tracked and after listening to it over and over, the team decided it needed to be bigger and they re-did everything to make it sound “huge.”

These songs certainly caught our attention and we knew we wanted to share them with our followers, but as we took a deeper look into the world of Ryan Kinder, we realized there was so much more we wanted to know about him. If you’re a new follower or even a long-time listener, we bet you’ll learn something you didn’t know from our sit down with him. Check it out!

RR – Who are your musical idols and how did they inspire your artistry?

Kinder – The two of my musical idols I’ve had the pleasure of sharing the stage with were John Fogerty and ZZ Top. We were on the Blues & Bayous tour together a couple years back. It was an amazing tour. I had the chance to sit down and talk with John and Billy Gibbons. They are absolute legends. Growing up playing guitar I learned all of John and Billy’s licks. We used to cover a lot of ZZ and CCR in my old cover band in college. I learned so much from watching all those guys every night on tour. It was a summer I’ll never forget. That same year I had the chance to share a bill with Eric Clapton as well. One of my biggest musical heroes. I didn’t have the opportunity to speak with him but having the chance to play the same bill was unreal. I did meet Gary Clark Jr. that show. He was as cool as it gets.

RR – It’s been a few years since we’ve seen any full projects from you. What have you been working on?

Kinder – It honestly was a regrouping time. A moment to figure out exactly where I wanted to go with music. We had an album in the can, ready to release it, and then the pandemic hit. I decided to hold off on releasing it until it felt like the right time. That unfortunately pushed touring back as well so in the meantime I’ve just been writing as much as possible.

RR – We heard that you have been spending quite a bit of time training for something outside of music?

Kinder – One of my best friends who was in the army used to do a 444 mile bike ride on the Natchez Trace every year. He passed away before this race one year and I vowed to do it in his stead. Not being an avid cyclist I had no idea the rough time I was in for. But I was doing it for my friend. I met his roommate on this ride and he was using a strange type of bike with arm bars and riding super low. I asked him about it and he told me it was a TT or Time Trial bike used for triathlons. He talked about my friend wanting to do and Ironman. That made me decide then and there that I would do as many Ironman’s as I could for him since he was never able to. 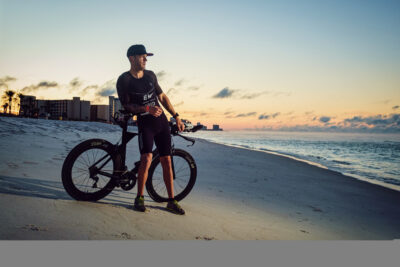 RR – Did this pull you away from music or inspire creativity?

Kinder – It did at the beginning until I figured out how to juggle both things. Early, early mornings are for training sessions. I make sure that training never gets in the way of music. Now i use swims, running or biking as an opportunity to shut off for a little while. It’s kind of my quiet time, if you will.

RR – Did you train with other music industry friends?

Kinder – I didn’t know of anyone in the industry doing this kind of thing so I kept to myself. I really enjoy the alone time and focusing on the task at hand. I recently met Thad Beaty (Sugarland) who is a multiple time Ironman finisher and we’ve talked racing and training and will probably meet up at some point to log some miles together!

RR – What was the best experience or takeaway from competing? Will you continue to do it in the future? 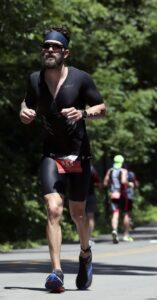 Kinder – Discipline and time management are two monumental things I have gotten better with due to racing. I wouldn’t be able to pursuit my music career and race without both of those things. I will definitely continue competing in the future. It’s brought me in touch with so many different people. I love doing it.

RR – Any plans to tour later this year?

Kinder – We’re cooking up an idea for later this year. Fingers crossed that we can get out there without everything being cancelled. But yes there is a plan. I can’t wait to get back on stage.

Kinder – The rest of 2021 will be writing to finish up the list of songs for album two, recording album two and racing in the Ironman World Championships in October!

Today, Kinder is a proudly independent artist and he’s ready to share Room To Dream.

“I had a lot of time to figure out what I wanted to do after a certain time in my life, and all these songs came together with different aspects of who I was when I wrote them,” he concludes. “It was a beautiful realization that some of the bad things and not-so-fun situations led to the opportunity for me to have the room to dream, and to really be myself.”