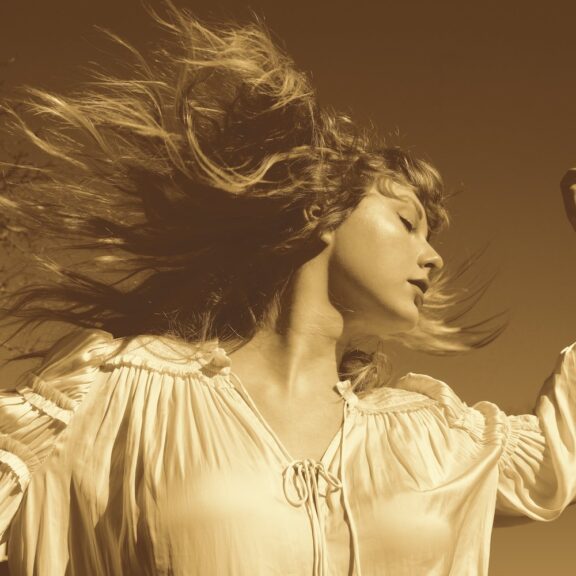 We can all agree one of the greatest things to happen in the year of 2021 is that Taylor Swift has decided to rerecord and rerelease each of her previous albums to date. Most recently, 9 April, she finally rereleased the long-awaited album Fearless. I can’t be the only one whose teenage years were defined by this album, playing it on repeat and repeat, dancing around my bedroom all alone, dreaming of boys I’d never be with. If a new recording of Fearless weren’t exciting enough, Taylor added six new “From The Vault” songs – a collection of songs that were written back around 2008, and nearly made the album, but for some reason didn’t. Perhaps it was the fact that that many songs didn’t fit on a physical CD (’08 vibes). Now she’s ready to give them to the world, and Swifties and those alike sure are ready.

So, what is different about this album? It is quite clear that Taylor has stayed very true to the original recordings of each song in Fearless, while also showcasing her slightly more mature vocals. However, what I like to think about is that, while she wrote her six “From The Vault” songs during the era of Fearless, she essentially has full reign to do whatever she likes with them now, as they were never recorded earlier. So, it’s pretty incredible to hear in each of the “From The Vault” songs such “Fearlessness” (it can’t be put it any other way) in the way she can so easily put herself back into the time of writing and then present it musically.

Just in case melancholy hasn’t already taken you over, and you need a little more convincing, let’s dive into each of the “From The Vault” songs a little further.

“You All Over Me” (feat. Maren Morris) (Taylor’s Version) (From The Vault)

“The best and worst day of June, was the one that I met you, with your hands in your pockets, and your ‘don’t you wish you had me’ grin, but I did, so I smiled, and I melted like a child, now every breath of air I breathe reminds me of then”

This has to be an absolute fan favourite, and it’s so clear why she released this one before the rest of them. As a teaser, it was released 26 March. This one is a truly incredible ode to the era that was Fearless. The second you hear this song you are instantly transported in time and it’s almost shocking (yet not at all) how unbelievably accurately she can just go back and capture the essence of this album thirteen years later. Written by Scooter Carusoe and Taylor Swift herself, this is what might be the best of her “From the Vault” songs. Even more wonderful is the incorporation of Maren Morris’ vocals. A new all time favourite, if you were craving a little Fearless, you already have it in this song.

“Hello Mr. ‘Casually cruel,’ Mr. ‘Everything revolves around you,’ I’ve been Ms. ‘Misery’ since your goodbye, and you’re Mr. ‘Perfectly fine’”

The next song, released just a little earlier than the rest (and by surprise in typical Taylor fashion), was “Mr. Perfectly Fine.” This one is reminiscent of her pop days, while still keeping references to Fearless similar to songs such as “Hey Stephen” and “You Belong With Me.” Taylor sings of a heartbreak she’s going through, yet the person on the other side seems to be totally okay, almost too okay, as if it were calculated: “So dignified in your well-pressed suit; So strategized, all the eyes on you”. Fans think the song may be about Joe Jonas but who knows. This breakup song is a perfect reminder of the way we originally fell for Taylor Swift.

“We Were Happy” (Taylor’s Version) (From The Vault)

“I do recall a good while back we snuck into the circus, you threw your arms around my neck, back when I deserved it”

Damn does this one hurt. It’s the kind of break up song where you sit on your bed, in nothing but your underwear, drinking bourbon from the bottle with Taylor Swift turned up. And isn’t that what we’ve all been waiting for from this album? It is a truly nostalgic song of a lost relationship, where while you may understand why you’re no longer together, looking back all you can see is the good times. If you love “White Horse” this is the song for you.

“That’s When” (feat. Keith Urban) (Taylor’s Version) (From The Vault)

“When I said, ‘I need some time, need some space, to think about all of this,’ you watched me go, and I knew my words were hard to hear, and harder to ever take back, and I said, ‘When can I come back?’”

One of the best things about Taylor releasing these songs is that she has brought on board some wonderfully talented country artists to feature. In this one, it is the legend Keith Urban, so you know it’s going to be so good. “I hadn’t heard our voices together since sitting in with you on the 1989 tour in Toronto !!! Magic” said Keith on his Instagram, meaning they probably recorded this separately during Covid. He is right though, their voices do sound magical together.

“Don’t You” (Taylor’s Version) (From The Vault)

“Hey, I knew I’d run into you somewhere, it’s been a while, I didn’t mean to stare, I heard she’s nothin’ like me, I’m sure she’ll make you happy”

Another heartbreaking song that is sure to be relatable to almost everybody – running into your ex and having all the old feelings coming back up, whether it’s affection, anger or nostalgia. Taylor asks him not to encourage it, because how easy would it be to fall back into love? “My heart knows what the truth is, I swore I wouldn’t do this.” While it’s so tempting to fall back into old habits, and old feelings, she knows he’s not available, so she asks that he let her be.

“Guess I never doubted it, then the here and the now floods in, feels like I’m becoming a part of your past”

In the final song from the “From The Vault” collection, there is something about her voice that sounds less mature than the rest. It’s almost like it’s 2008 again, and the best part of this is you can almost hear her smiling. Another breakup song you always knew you needed, “Bye Bye Baby” will take you through it.

This album was so iconic in so many ways, even winning Taylor Swift a Grammy in 2010. Of course, the album was written 13 years ago in 2008 – fitting considering any Taylor fan would know this is her luckiest number. Regarding her album cover, some fans on TikTok have even speculated that the cover – now Taylor’s wearing what looks like the 2008 version of the prince’s shirt in “Love Story” – shows that she is now her own “prince” and inspiration. It is clear to see that with what Taylor Swift is doing, she truly is iconic in her own right, and the success of her re-release of Fearless just shows that.