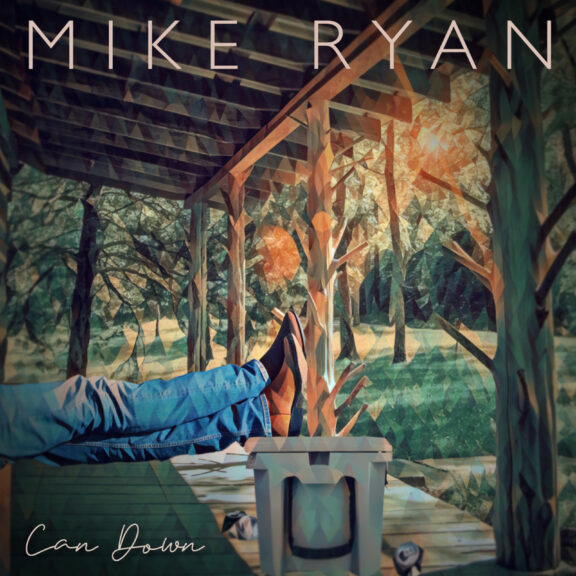 “What’s one song you wish you’d written?” It’s a question that singer/songwriter Mike Ryan hesitates to answer, laughing that “it’s almost a curse – it needs to ride the line between a great song and one you wouldn’t mind singing forever.” It’s an admittedly overwhelming query, but the San Antonio native ultimately settled on the Eagles’ “Hotel California” (though Elton John was another artist that came to mind in the process, since Ryan is a huge fan). It seems an unlikely pairing at first – the Eagles and Elton John – but once you dive a little deeper into Ryan’s catalog, these two sources of inspiration absolutely make sense.

If you aren’t familiar with his music, Ryan’s sound has a distinctive energy to it: country at the core, carried along by the crackle of a Texas-rock undercurrent, and steeped in the authenticity that pours out of Ryan’s heart-and-soul vocals. It’s a sonic mix that’s consistent across virtually all of his projects, from his 2010 EP The First One to his newest releases, and something he credits to stumbling across a well-working formula early on regarding both the musicians and the producers with which he’s been able to collaborate.

The single Ryan released today, “Can Down,” is no different in that respect. Written by Ryan, Smith Ahnquist, Brent Anderson, and Will Weatherly, it’s a catchy, anthemic tune that immerses listeners in what Ryan refers to as the “back porch phase” of dealing with a problem that requires some thought – the part where it’s just you, your back porch, a case of beer, and no choice but to get right down to the heart of the matter with some soul searching.

Plaintive guitar licks reach out to kick the song off, mirroring Ryan’s wonder at how one woman could land him in such a situation: “so here I am on the back porch/it’s looking like I’m stuck/between a case of Rolling Rock and a heartache/it’s gonna be the end of one of us.” The drums then set the hook, reaching a crescendo just before the chorus to lend the track some of the fire and resolve it takes to get over someone (“cause if it’s gonna be my heart or these double Rs crushed up on the ground….can down”). Between its infectious energy and “I’ll be damned” attitude, this single is one that’s sure to burn up more than a few repeat buttons.

The release of “Can Down” as a single has been in the works for a while now, but as with many other things, the song fell victim to the derailment that hit the music industry on a massive scale over the past year. Ryan’s intensive tour schedule was reduced to live streams and the occasional live show; trips to Nashville to work on new music had to be put on pause. That being said, the downtime afforded Ryan the opportunity to catch up on some things that made the time off the road a little easier: cooking, taking a few strokes off his golf game, hunting and fishing more than he has in a long time, and having more time at home with his sons to watch them learn new things.

Now, though, Ryan is excited about getting back out on the road – seeing places that he’s been before along with some new ones, and resuming the interaction with fans out on the road. Even though being cooped up was a learning curve for Ryan, he’s glad that things are opening back up and he can get back out and tour – though of course, his health and that of his fans remains a priority. Among other things, he looks forward to getting an honest reaction from fans about his new music, welcoming it as one of the fun parts of the business.

After seven career #1s (so far), streaming numbers in the millions, and a dynamite new single, what’s next for Mike Ryan? He puts it fairly simply. He’s going to keep building on what he’s got, writing really cool songs with great people, and continuing to put out the best songs that he can – infusing soul whenever possible while making honest, truthful country music.

With some more new music on the horizon, make sure you follow Mike Ryan on Instagram, Facebook and his website to keep an eye out for any announcements. He also has two live shows this weekend: Midnight Rodeo in Springfield, MO tonight, and Cain’s Ballroom in Tulsa on Saturday (tour info/tickets here).