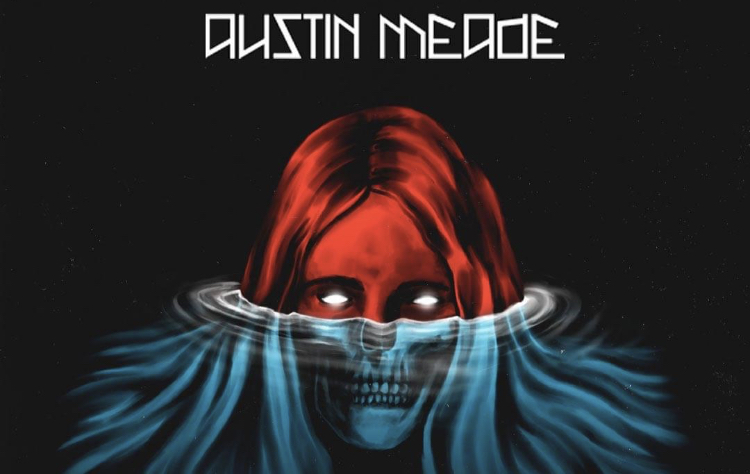 One of the most exciting and unique artists coming out of the Texas scene is Austin Meade, a musician who can change music styles at the drop of a hat and completely own it. Austin’s 2014 debut album, Chief of the Sinners, gives listeners the the impressions of an Americana act. In 2019, however, the next album, Waves, switches up and reveals a soulful and bluesy sound. Once again, Austin takes on another approach. Black Sheep dropped on March 19th and you would be a fool to strictly call him a Texas country artist – or a country music artist in general. Black Sheep absolutely busted down the door with kick ass rock ‘n’ roll. Sonically, the music can be compared to the likes of the Arctic Monkeys mixed with Ryan Adams with a dash of Black Sabbath. You can’t help but think this is Austin’s true musical form, and we are absolutely here for it.

The album kicks off with “Dopamine Drop,” which has a thick, heavy opening riff that would make Tony Iommi nod in approval. A common theme to remember throughout Black Sheep, which you can already immediately notice in this song, is the powerful harmonies that are mixed immaculately and definitely deliver. “Cave In” is a heavy hitter, but at the same time very deep lyrically. The songwriting throughout this album goes above and beyond and is both aggressive and profound. The third track, “Creeps,” is produced masterfully (shoutout to Taylor Kimball, the producer for Black Sheep) and that same point can be applied to every other song on here. “Creeps” is a great example of how far Austin has come with his melodies and how locked in and gelled together the rest of the band is.

“Happier Alone” really needs no introduction. At this moment, the single sits at 3,000,000 streams with his other version featuring Koe Wetzel already passing 1,000,000. There’s no doubt that this track, released more than a year before Black Sheep, brought Austin a significantly large new audience of die-hard fans. Another single, “Déjà Vu,” follows “Happier Alone.” This track, along with pretty much the rest of the album, utilizes the “wall of sound” effect in a way a lot of artists can’t pull off.

“I Don’t Feel A Thing” is yet another example of Austin advancing in his melodies and damn good songwriting, which can also be said for “Hurt You To Hear This.” The cherry on top for this particular song is drummer Aaron Hernandez’s open hi-hat drum groove throughout parts of the verse along with the aforementioned harmonization. Plus, guitarist David Willie’s solo absolutely shreds and blends well in the mix. Next up is “Something New,” which can be very relatable to a lot of people. It was unexpected to hear some sampling that the band incorporated in towards the ending, but it turned out great.

“Settle Down” captures a feeling that everyone goes through in their life and is probably the most relatable song on the album. Drifting apart with someone you’ve been with forever isn’t easy, but at least you get a banger of a song out of it! Moving on from that, “Good Side” stands out a lot. I’m sure there are a lot of different thoughts on what this song’s style reminds them of, but the first thing to come to mind is a late ‘90s/early 2000s rock song. Following “Good Side” is “Lying To Myself,” yet another insanely relatable track. Tying the whole package together is the title track, “Black Sheep.” Buckle in buckaroos, because this song is heavy. Easily the most head-bangable piece on the album, the musicianship here shows listeners how tight Austin and his band are.

All in all, Austin Meade is a man of many genres and it is unfair to label him as a Texas country musician. The raw rock ‘n’ roll and heaviness of this record is unique to the group of artists he’s usually lumped in with, and this isn’t even the peak for him. Austin is quickly climbing the ranks and be sure to be on the ride with him.

Follow Austin Meade on his social media and don’t forget to listen to Black Sheep!