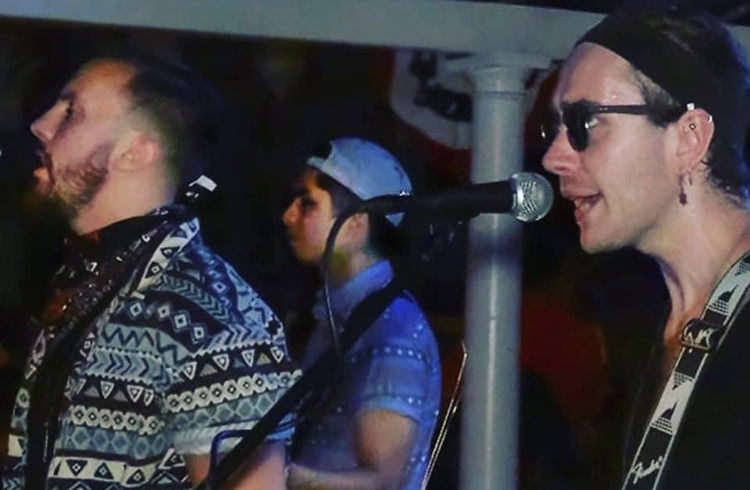 A Conversation with Not Leaving Sober, a Old Fashioned Party Band that Likes to Get Rowdy

It’s not too often anymore you get a band that likes to party and is not afraid to break the rules, but Neeks Araco and Jimmy Long of Not Leaving Sober check both of those boxes. Hailing from Jersey, these boys like to make rowdy music for rowdy people. We were able to chat with these guys to learn about what makes them tick and why the hell they were kicked out of Radio City Music Hall.

RR: Where are y’all from?

Jimmy: I was raised in Hazlet. Neek is from Matawan. Central Jersey DOES exist.

Neeks: We’re actually roommates now in Belmar, NJ with our other best friend. Yes, there is a kegerator in our kitchen.

RR: When did you guys form Not Leaving Sober?

Neeks: So,we’re both bartenders. About 5 years ago, I got offered to host a weekly karaoke gig at my job and when I told Jimmy about it, he was like, “I’m not giving you the choice. I’m running karaoke with you.”

Jimmy: Most productive Guitar Center run we ever went on.

Neeks: In between karaoke singers, we would just play a couple of songs acoustically and really loved how we meshed so we started writing and performing as an actual band at every bar in town. It’s pretty great getting drunk with your best friend and singing to a rowdy bar crowd.

Jimmy: The full band has actually only been together for about a year. 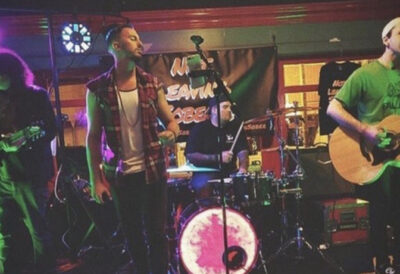 RR: Who are some of your influences?

Jimmy: The Beatles, Rolling Stones, The Weeknd… I’m kinda all over the place.

RR: What specific style of country music would you put yourselves in?

Jimmy: For the record, I really like to call us Southern Rock. I tend to get nervous when people call us only country.

Neeks: Well, we are definitely a country band but we’re much more than that.

Jimmy: I like our elements of rock, pop and everything in between. When people say “country” they often mean just “country,” and our sound is more diverse than just one genre.

Neeks: I feel like our songs are mostly a big ass party. 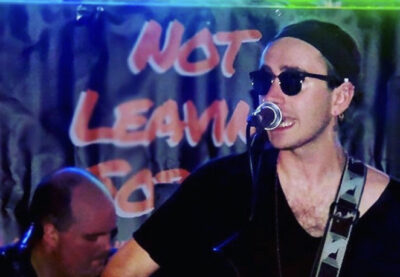 RR: So, why were you guys banned from Radio City Music Hall?

Neeks: So, pretty much, we got offered to open for the Radio City Christmas Spectacular. Ya know– the Rockettes. We kinda knew we were breaking the rules. They told us we only got 5 minutes to perform but we were so excited that we wrote a huge Christmas medley that ended up being 10 minutes long. And it was so good, we —

Jimmy: We kept picking and choosing Christmas songs that we loved and then couldn’t decide which ones to keep. So, we kept them all. Oh, and we wrote an original and tagged it on the end of the medley.

Neeks: So when we arrived, the director asked us how long our set was. We knew it was only supposed to be 5 but we told them it was 6– which was kind of a white lie. We knew deep down that it was actually 10.

Jimmy: When we got there, they were shocked that I even had a guitar with me. They thought our performance was a capella. So there was some miscommunication.

Neeks: We ended up playing for 14 minutes. To this day I swear I don’t know how that happened.

Jimmy: We got on the train back to Jersey the next day and our connect got an email from the program director pretty much telling us that we weren’t welcome back and that they came close to pulling our mics and having security come on stage to pull us off.

Neeks: We felt like the crowd loved the performance and when we got backstage afterwards, we were getting high-fives from the Rockettes and the director himself even said he loved it. So the email the next morning was pretty shocking but we kinda felt like outlaws.

Jimmy: A couple of the Rockettes actually followed us on Instagram. 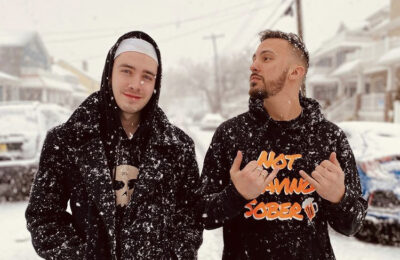 RR: If you could point a new listener to one song for a first impression, which one would it be?

Jimmy: “So Darling.” I’m still so proud of that song.

Neeks: That song actually drops this month! We’re so stoked for it. My favorite song of ours so far is “Chasin’ Tequila” but I would actually tell a first time listener to check out “Beer Run” because it really sums us up as a band.

RR: Can you tell us about any upcoming music?

Neeks: “So Darling” drops this month! We hope you love it.

Jimmy: We shot the “Beer Run” music video back in the summer and we’re dropping that sometime in April.

Neeks: We literally threw a party in our friend’s backyard and filmed it and called it a music video.

Be sure to check out Not Leaving Sober on Facebook, Instagram and on Spotify. Keep an eye out for their upcoming single, “So Darling,” on March 26th!

Give a listen to Not Leaving Sober’s “Beer Run” below!