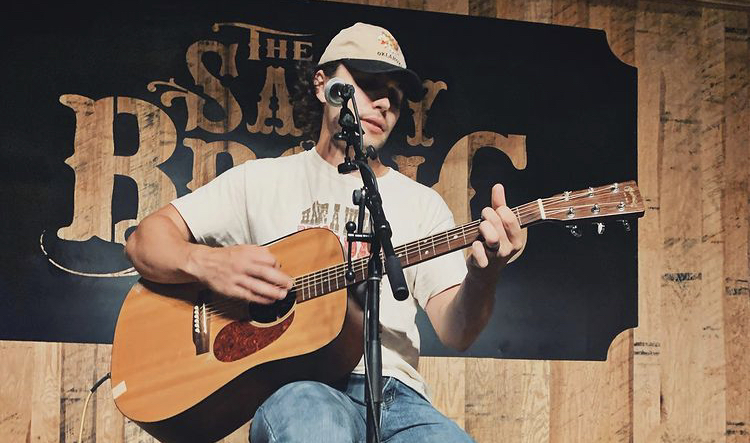 Get to know Josh Meloy: Songwriter of Washington Street

Stillwater, Oklahoma is a very special place. Rich in Red Dirt history, the college town helped boost icons of the subgenre, which include everyone from Cross Canadian Ragweed, Jason Boland, and Stoney LaRue to newer acts like Read Southall Band- oh yeah, and a fella by the name of Garth Brooks. The local scene is still circulating great musicians even today – particularly one by the name of Josh Meloy. With music deep in the roots of his family, Meloy moved from Hennessy, OK to Stillwater.

“I started writing and making music at around 19 years old while I was living in a camper in Stillwater,” Meloy reminisced.

He is influenced by Hank Jr., Chris Stapleton, Waylon Jennings, Whiskey Myers, Evan Felker and even his grandfather, who bought him his first guitar and sang country and gospel music himself. What really kicked Meloy into gear was when he saw a William Clark Green and was amazed by the whole experience.

“I saw all these people singing his songs and him up on this huge stage,” Meloy recalls, “I left early and went back home, got my guitar out and that’s how it all began!”

Stillwater holds a special place in his heart, which he expressed in his most popular song, “Washington Street,” which was based on The Strip, home of many legendary bars that many great musicians have cut their teeth playing in over the years.

“I personally love what’s going on in Stillwater. Us Okies take pride in where we come from and I think you can feel it in the music,” explains Meloy, “I feel like there’s been a surges and dry spots in the music scene over the years. It seems to be flourishing now, lots of good music and some even better unreleased.”

When asked what style of genre he would put himself in, he had to think about it.

”A tough question that I never thought was a tough question. I don’t know what to consider it. I feel like it’s kind of my own brand,” he states, “I obviously love Red Dirt because it was created where I’m from, but at the same time I feel like I’m a mix from different eras, like a combination of all my influences.”

We are anxiously waiting for new material from Meloy, and he is very humble when it comes to judging his own work.

”I don’t wanna say my new music will be better than the old stuff because that’s what everyone says. But, due to my late start in music, I think I’ve had a ton of room to grow and still do,” Meloy assures us. “One thing I promise is that I wont put down my guitar!”