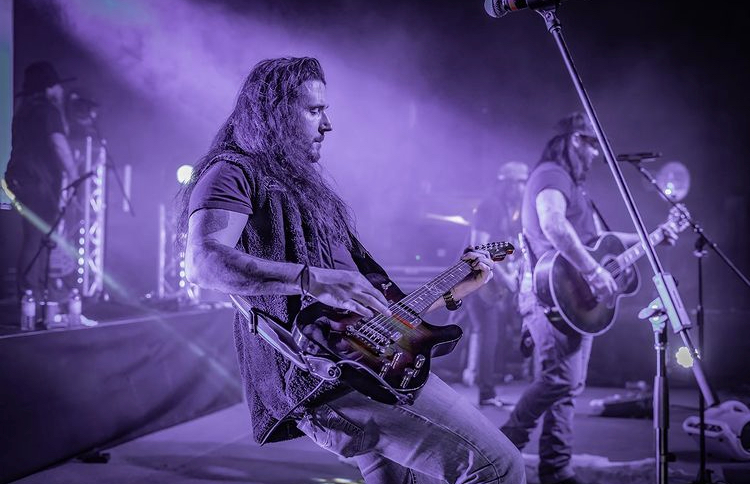 Get to Know Odis P. and His New Single ‘High & Dry’

Michael Odis Parrish, also known as Odis P., is more than just the lead guitarist for one of the biggest modern acts to come out of the Texas music scene, Koe Wetzel. Odis released his new single, “High & Dry,” on February 19th. The song carries a deep meaning while displaying different styles of rock, pop-punk, and everything in between. Before he was working on solo music and playing with Koe, he was cutting his teeth like every other artist did before their moment hit.

“I started playing when I was 14,” Odis reflected, “by 16 I was playing with my youth group praise band. I also played in a worship band until sophomore year of college.”

At age 20, Odis first started his Texas country experience with friends he met at Tarleton State called the Clint Levi Band. After a change in members, he met his future Koe Wetzel bandmate, Mason Morris, who also joined CLB.

“I met Koe when he came and played some shows with us one weekend. He made an awesome impression on Mason and I,” Odis stated, “when CLB broke up, we made the move over to Koe. Us 3 have been together for 7 years.”

Odis has a long list of influences, some of which are in completely different areas when it comes to style or genre. That list includes Cody Canada, Josh Weathers, William Clark Green (especially his guitarists, Josh and Steven), Sean McConnell, Whiskey Myers, Guns N’ Roses, Boston, The Black Keys, and Paramore. Odis doesn’t take genres too seriously, however, and when he was asked what genre he would place himself in, he responded, “Texas rock n roll, man. Country and rock n roll started out as friends, Johnny Cash and Elvis used to tour together. I understand why we have genres, but we get lost in them too much. It’s all just music. I use pieces of folk, country, rock, blues, pop punk and even metal.”

Odis has been writing songs and riffs since age 15. Every song is very personal to him and he isn’t afraid to show his faith.

“I’ve always wanted people to see the joy that I have from a relationship with Jesus,” Odis explains, “I try not to get preachy, and I’m not for shoving your beliefs down people’s throats- I just found something beautiful and I want to share it,” he continues, “these songs talk a lot about love, frustration with much of the church, struggles, humanity and my need for Jesus in an honest and open-minded way.”

On the 19th of this month, Odis P. released “High & Dry.” Odis explains the origin of the song’s meaning:

”My cousin called me one night after a while of not keeping in touch. He told me he had a little girl with his fiancé, she gave his ring back and was moving back home to make her Army general dad proud. My cousin is a hippie barista, so you can see how well the dad probably got along with him.” Odis continued, “He was just letting all this stuff out and it was some of the first real life, grown up stuff we had to deal with. It was crazy. I felt kind of bad, but as he was venting I just started writing down everything.”

There is more to come from Odis P., including a full length album currently in the works. He explained that if touring with Koe heats back up, it’ll take a bit longer, but he’s hoping to finish it up by May and release it in July.