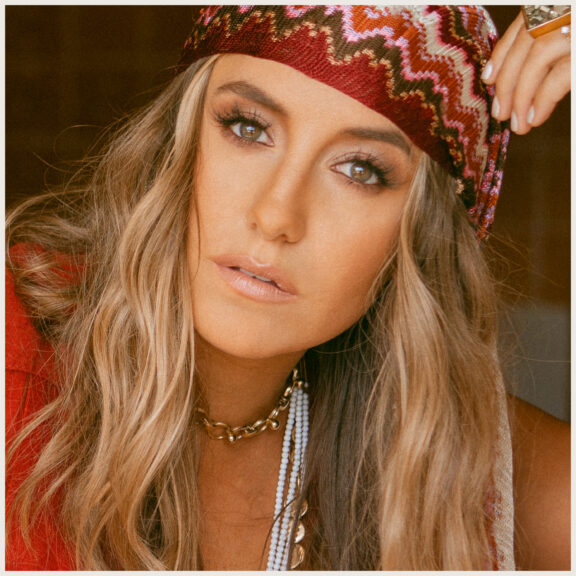 Lainey Wilson is Sayin’ What She’s Thinkin with Her New Album Out NOW!!!! 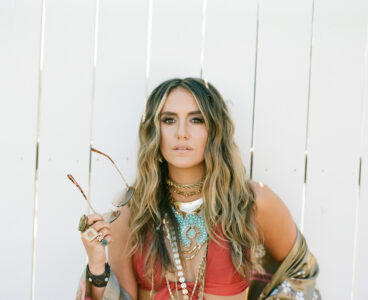 Photo Credit: Alex Berger
Sayin’ What I’m Thinkin’, the hotly-anticipated album from buzzed-about newcomer and “one of Country music’s most promising young stars,” Lainey Wilson is available now. The honesty-driven body of work is her first album as a signed artist and a statement of who Lainey Wilson is, what she believes in, and the power of authenticity. In addition to being a lifelong custom for the Louisiana native, the album title serves as a wink to the candor that was infused in her songwriting process, as Wilson’s playful, clever, sassy, soulful, strong, and unbridled nature is on full display throughout the project.
A testament to her talent and respect within the industry, right out of the gate, she landed her bucket list producer, the GRAMMY® Award-winning mastermind, Jay Joyce (Eric Church, Miranda Lambert, etc.) to amplify her signature Bell Bottom Country sound. Together they blend traditional Country with a funky, modern flare to bring her value and character-driven lyrics and stories to life—oftentimes empowering others with her own vulnerability and self-awareness.
“I hope people can listen to this record from top to bottom and feel understood, accepted and be inspired to be unapologetically themselves,” said Lainey Wilson. “I am humbled by the reaction this record has already received and excited to see where this body of work takes me!”
Wilson’s music is already taking her places—she’s performed on stages across the globe, but none more hallowed than the iconic Grand Ole Opry stage. On Valentine’s Day 2020, the rockstar performer fulfilled one of her lifetime goals of making her Opry debut and will return to the famous circle tomorrow night. Her fan-favorite “Things A Man Oughta Know,” and its 42+million streams has landed her on Spotify’s Nashville’s Worldwide Hot 50 and has been in the Top 5 for consumption per spin and streams per spin for the past 21 weeks (and counting) on Country radio.
Proving worthy of being named as “one to watch” and “must listen” by many (Spotify, Pandora, MusicRow, Rolling Stone, CMT, The Boot, Sounds Like Nashville, etc.), Lainey Wilson has been featured on the hit series Yellowstone thrice and has earned a host of early critical praise for Sayin’ What I’m Thinkin’ (quotes below).
WHAT CRITICS ARE SAYIN’ AND THINKIN’:
“Sayin’ What I’m Thinkin’ contains boundless bops—but make it backroads. Wilson religiously employs double entendre, softening the sometimes hard edges of her widely-relatable growing pains. She offers humor to humbly convey what’s on her heart with the hopes that her message may resonate beyond catchy pop-circles and drum loops. But Wilson’s astute approach could hardly distract from her astounding vocals” —American Songwriter
“A niche that includes plenty of tradition but also some progressive impulses… her music leans into the hard-fought independence women like Dolly Parton, Tanya Tucker and Loretta Lynn brought to the genre.” —Taste of Country
“Music moves and the style aesthetic that comes with genres also has the power to move us. Country Music singer Lainey Wilson has a distinct retro style that makes her easily spotted in a room.” — Forbes
“I haven’t heard a more perfect ‘grab-you-in’ start to an album since Thriller”
—Chris MacDonald, The Kelly Clarkson Show
“Wilson continues to combine traditional country — with that strong Southern accent, how could her voice sound anything but? — with rock elements that are very appealing.” —Billboard
TRACK LISTING:
1.    “Neon Diamonds”— (Lainey Wilson, McV, Matt Rogers)
2.    “Sunday Best” —(Lainey Wilson, Brice Long, Shane Minor)
3.    “Things A Man Oughta Know” —(Lainey Wilson, Jonathon Singleton, Jason Nix)
4.    “Small Town, Girl” —(Lainey Wilson, Chris Yarber, Dallas Wilson)
5.    “LA” —(Lainey Wilson, Hannah Dasher, Frank Romano)
6.    “Dirty Looks” —(Lainey Wilson, Smith Ahnquist, Brent Anderson)
7.    “Pipe” —(Lainey Wilson, Luke Dick, John Pierce)
8.    “Keeping Bars In Business” —(Lainey Wilson, Jordan Schmidt, Matt Rogers)
9.    “Straight Up Sideways” —(Lainey Wilson, Reid Isbell, Jason Nix, Dan Alley)
10. “WWDD” —(Lainey Wilson, Casey Beathard, Michael Heeney)
11. “Rolling Stone” —(Lainey Wilson, Tammi Kidd, Brent Anderson)
12. “Sayin’ What I’m Thinkin’” —(Lainey Wilson, Jay Knowles)
Now I am no critic per se – but I know a good song or two when I hear one. If there’s a TOP FIVE from this album these are a couple that deserve to be on that playlist drive to work every morning.
1. “Dirty Looks” – You know the story and you know it well. All about the girl that falls for the blue-collar boy and something about that “dirty look” just makes us girls keep wanting more. Lainey we hear and see you girl, and this is the one for me!
2. “Sayin’ What I’m Thinkin'” – If you have ever had a relationship where it sucks to end no matter what side you’re on, this one’s for you. Lainey talks about being completely honest while contemplating ending her relationship… and if she’s being honest with herself, well she can’t even believe what she’s thinkin’.
3. “WWDD” – It ain’t a country music album unless we’re talkin’ about Dolly, and in this case we wanna know what would Dolly do!  It’s a motto, a mentality, and a total lifestyle.

In that dress
Wouldn’t put up with no BS
She’d kill ya with some kindness, take the high road
Turn a little rain into a rainbow
WWDD
That’s the bottom line for me
My go-to compass and my golden rule
When life rings my southern bell
I just gotta ask myself, hell
What would Dolly do
4. “Neon Diamonds” –  This song is about a want for something casual, something that won’t last forever. Eventually, she wants to find her forever, but for now, she’s chasing the high that comes from “getting hitched on whiskey vows and exchangin’ drunk I dos/With neon diamonds and smoke rings. It’s an incredibly clever hook that showcases Lainey’s vocal range and her classic, old soul.
5. “Rolling Stone” –

Think you’re the one who’s gonna turn me around

Give me a ring and settle me down

Got a little hold on me, don’t get me wrong

But, baby, my heart runs wild and free … You don’t give a rock to a rolling stone

“When I got into the studio to record with Jay [Joyce], my producer, it started it off with a train beat, and I remember closing my eyes and singing along, empowered by the feeling of freedom that goes hand in hand with chasing such a crazy, nomadic dream.” Lainey goes on to say, “Jay’s production just brought it all to life in such a cinematic way … It was like I got lost in an old Western movie.”