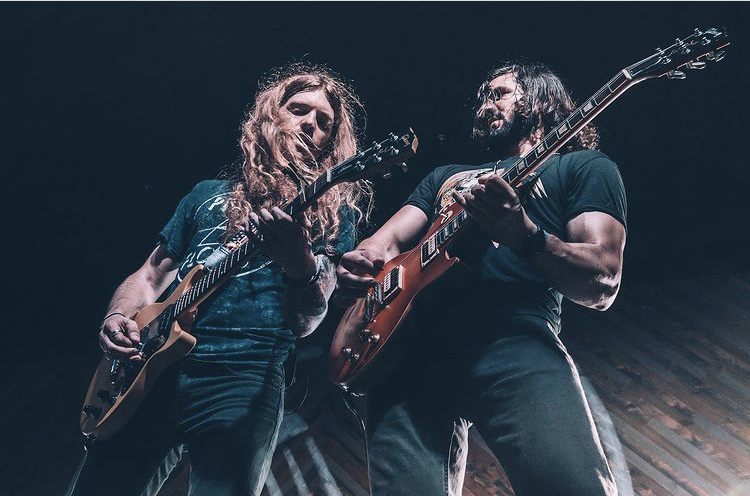 Embracing The Struggle: Ways To Support Your Favorite Artists

Sure, it’s easy to stream your favorite artists’ songs on Spotify. Sure, it’s a nice gesture to buy them a round of shots at the bar during a show. Musicians appreciate these things, but what are some ways you can support these guys and gals in a way that will benefit them more than you know?

Austin Meade’s guitarist and co-songwriter, David Willie, explains the struggles that comes with being a musician perfectly: “Sure, you’re self made. Deciding to be a musician is one of the most rewarding decisions I’ve ever made. It’s also one of the most difficult dreams I could have ever thought to do,” he states, “the thousands of obstacles, including your own mind, are relentless in their pursuit of hearing you utter the words, ‘I give up.’”

Here are some situations that these artists go through in order to cater their craft to their fans and how we all can help efficiently support them.

When you are at a concert and the band is kicking ass, the only natural thing to do is buy them some shots or some beers. We’ve all been there. What some people don’t consider, however, is that these guys and gals playing are almost always able to drink for free depending on the venue, which allots them a bar tab. If you want to put your money towards something that will help fuel the band instead of Jägerbombs, there is a way to do that.

“Eating on the road is often unhealthy, sparse and never cheap. It almost always comes down to fast food from the venue,” Willie points out, “alcohol isn’t cheap, and buying a band a round of shots can easily be up to $30. If that $30 was spent on food items from the menu, the band could eat after the show instead of drinking more.”

Willie continues on, “Before you say ‘That will only buy a few meals!’, remember, band members are brothers who sleep in the same hotel together, drive for hours on end together and create together. Splitting a cheeseburger is not an uncommon practice. Hell, even a large pizza can get a 5 piece band through to the next meal.”

In a nutshell, these musicians are taken care of when it comes to adult beverages. Let’s keep ‘em fed.

Live shows are fun for everybody, but what is a live show without a band? Karaoke night.

“Travel costs are staggering when you venture to other states. Gas alone can easily rival show pay when trying to make a name for yourself,” explains Willie, “Buying merchandise a band is selling helps tremendously with this bill. Even if none of the items look appealing, simply donating money to a band helps too. A $10 donation is a few gallons of gas and also much cheaper than buying a round of shots or beers.”

Speaking of merchandise, buy physical media. Whether it be vinyl or CD, these sales help much more than streaming. Artists get literally less than a penny for each time a song is streamed on Spotify. Not to say that streams aren’t important when it comes to growing an artist’s popularity for a huge audience, but if you want to support their music by buying something you can physically play, whether it be a $15 CD or $35 vinyl, it helps more than a Spotify play does.

Musicians Need To Be Well Equipped

While artists are traveling to different venues, it’s pretty easy to conclude that their instruments and gear are essential. Keeping their inventory well stocked is not optional, it is needed.

David Willie makes a good point as he says, ”the equipment a musician uses goes through hell on the road. Strings, picks, batteries and cables are always used and replaced. The best way to help with these expenses are to simply go to a show. Buying a few tickets doesn’t cost much at all and helps the band more than financially. The more bodies in the room, the better the chance the band can come back to the venue again. Also, a $10 ticket is less than a few coffee shop lattes, a meal at a diner, or a new pair of shoes, which are all things we happily purchase without thinking about.”

COVID-19 has been hard-hitting to musicians. While bigger acts can simply push a tour back and still be able to be financially stable, a lot of the smaller or independent bands are struggling big time.

“Musicians like myself, who are currently barely surviving financially, greatly appreciate every ticket purchased and depend upon every show booked to keep the dream alive,” Willie states, “if 20 people can donate $5 to a band, that $100 will go much further than any shot of jäger or whiskey can.” 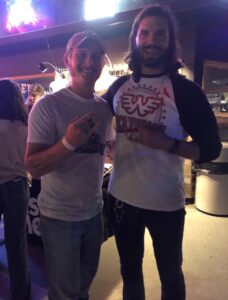 In closing, please support your favorite bands in a way that will be worthwhile for them. Food and travel seem like simple luxuries to those of us with 9-5 jobs, but can be the difference between dinner or no dinner for them.