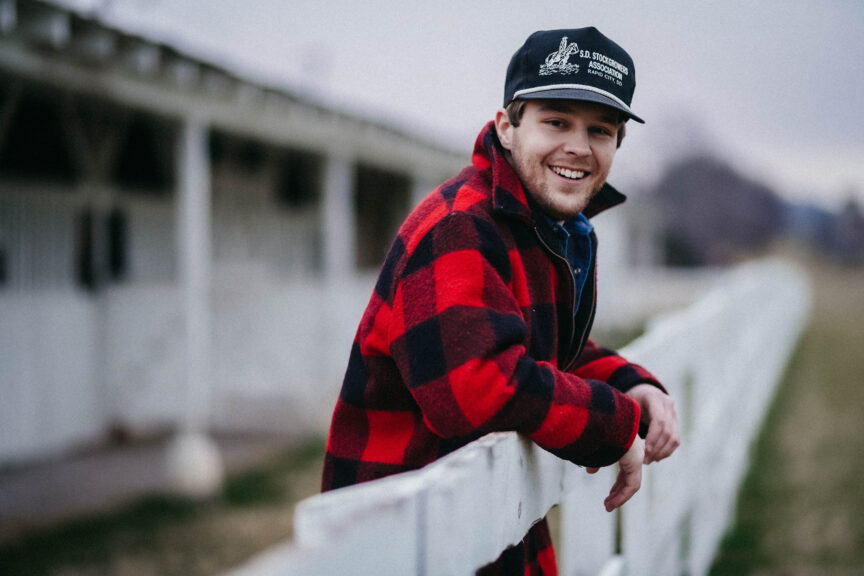 Tyler HalverWHO? Find Out Who Tyler Halverson is Now, Just in Time for His Debut Single

Moving to Nashville from the small town of Canton, South Dakota, Tyler’s personal style of country music takes inspiration from classic country and western while looking ahead to the genre’s future.

Tyler’s love for music came from growing up in a family that placed a value on it. Music would be playing in his home more than the television. From a young age playing an instrument was encouraged, almost required.

Raised Rowdy: What was the story behind writing “Beer Garden Baby”

Tyler Halverson: I had a start on the first verse, and had been tossing it around in my head for a while, and brought it to a write with Nate Fredrick and Ryan Nelson. The song pays homage to growing up playing different fairs and stock shows and not always landing the big stage, but hopeful it’s coming down the road. It’s a feel good song about making the most of where you’re at and being in the moment.

RR: What made you want to be a Country singer?

Tyler: My first country concert played a big part in that. I was probably five years old, and we were showing cattle in Sioux Falls, South Dakota. At the end of the showring, a gentleman was handing out tickets to see Montgomery Gentry that night in the grandstands. I remember being so in awe of the energy and the way these guys got people to sing along with them. From that day on, music was always in mind.

RR: Who is your dream collab?

Tyler: Hayes Carll. Hayes was the first songwriter that I truly sat down and studied. A good friend of mine back home introduced me to his music later on in high school, when I was trying to figure out what to do with my own. And so my freshman year of college I flew to Boulder over spring break and caught Hayes at Fox Theatre. I think it’s safe to say after that night, I wanted to be a songwriter and make a name and sound for myself like Hayes.

RR: What inspires you to write songs?

Tyler: I feel like I’m constantly humming melodies or thinking lyrics in my head. The inspiration could come from something as dumb as a meme you see scrolling or the leaves on the trees looking out your window. I think good songwriters are mindful of their surroundings in their day to day and know inspiration comes from everywhere.

Tyler The best musical advice I have ever received was from an old fiddle friend back home, “they ain’t guna call you” he said. The sentiment is that being a musician is a grind and a hustle. Especially, when you’re trying to make it a business. It’s up to you to go get it.

RR: What’s next for Tyler Halverson?

Tyler: The single! February 12th is the release of the first single, Beer Garden Baby, and I couldn’t be more excited! Gary Stanton and Ryan Youmans have helped me put together a project that I am eager to share and show! We started this in February of 2020 and have been piecing it together over the last year. So what’s next is a few more singles hopefully leading up to a record! I’m just trying to keep up with all the homies in my crew releasing music!

So give Tyler a listen and keep an eye out for even more new music and shows coming soon whether it is out at a writer’s round in Nashville or hopefully on the road soon. Tyler is a name you want to know.

Article and interview by the talented Wales Tony.