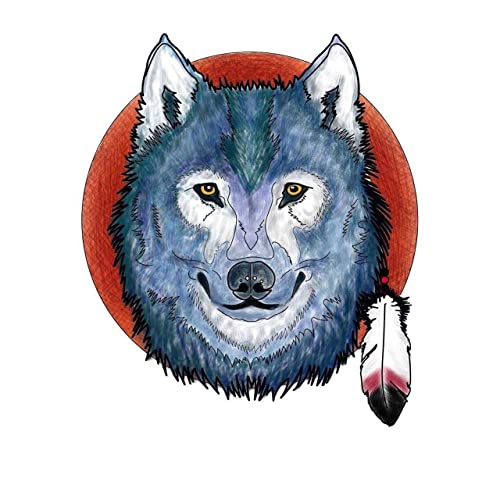 When it comes to an embodiment of a folk-country American songwriter, Derek L. Webster fits the bill. Also known as – or perhaps better known as – The Great American Wolf, he travels red dirt country far and wide telling unique stories through his simplistic, yet powerful, music. The Great American Wolf agreed to take some time to talk with us about his beginnings, his inspiration, and what he is all about.

Raised Rowdy: Can you give us some background on where you come from, where you started playing and when you started writing your own music?

Webster: “I was born and raised in Cherokee County, from a small Lake Community South of Tahlequah known as Cookson. Heavily wooded, not a lot of law enforcement and mostly known for Lake Tenkiller, I had to be a little creative growing up out there. I love Cookson and really miss the place these days after living in cities for this long. I began playing guitar when I was 14 years old after my uncle explained to me who Rhandy Roads was and then showed me to play “the first one everybody learns” on the low E. I had a Jr. acoustic that my cousin never bothered using (So my aunt gave it to me) and I wouldn’t put it down. It took from that time until I was 19 years old before I began writing original songs, but I had always written poems and stories as a hobby. I was featured in something called “Starwatch” when I was going to elementary school in Keys, OK for a poem.“

RR: Who are some of your main influences?

Webster: “Originally, my main influence for writing was Steve Earle. Remember when I said I went to Keys Elementary? Well, one year, Mom started doing well at work and for the first time in our lives, we didn’t have to ride the bus to school. She drove us in an old yellow Corolla and she had a tape of Guitar Town in the deck. Listened to it every single morning. After High School, I was heavily into the folk stuff Conor Oberst had begun to churn out. Both of these writers focused heavily on relatable yet intricate prose and topics. I dug that a lot. These days, the writers that I play music with are my very greatest influence. Namely, Dan Martin.” 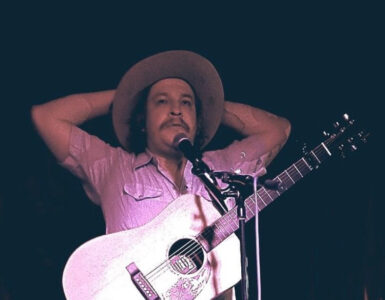 RR: Are you happy to be classified as “Red Dirt” or you wanting to be known for another kind of music style or genre?

Webster: “You know, I did that compilation album with Jake Flint, Chris Blevins and Matt Sanders over 5 years ago and I think that may have been the most “Red Dirt” I’ve ever really sounded. Mike McClure engineered and produced the sound of that album and it was super wild and rad, but I was never able to really capture/produce that sound since those sessions. I’ve made a lot of transitions to my voice and writing since that time I might have a hard time convincing people that it’s me on that compilation.“

“So, I’m not sure what I’m classified as presently, but I was definitely a Red Dirt guy for three tracks at one time in my life. It was rad!“

RR: Which places do you like to play most and where do you play most often?

Webster: “I’ve always loved playing The Mercury Lounge. Something about that place always gets me to try and play sharp. It’s a great spot and you can feel that on the stage. I love playing on the river back home. Spent all of 2020 Summer out at Diamond Back and was fortunate to be featured for their end of season music festival. Absolutely love playing the Colony and really enjoy it’s listening crowd and dark atmosphere. As far as frequency goes, I don’t quite have a circuit that I follow, nor do I stay too consistent with booking because I also enjoy making money doing IT work these days, but due to the Pandemic, I’m mostly in Tulsa, Tahlequah or OKC when it comes to shows. I’m mostly swapping with Dan [Martin].“

RR: Are there artists you have played with that you would want to work with in the future? Who haven’t you worked with, but would want to?

Webster: “I would like to start a band with Dan [Martin] someday. I would like to tour with RC Edwards someday. I would like to record a split-album with Chris Blevins someday. There are a lot of people, too many to name favorites, that I’ve played with or been connected to via music, and in that number of people not one of them made me feel less than lucky to be playing or linking up with them. Working with Hank Early has been unreal and that compilation with Mike McClure was the most rad music experience I’d had at the time. So, I’ve been fortunate enough to not really think about who I’d like to work with this far. Probably Stephen Lee or Roger Ray.“ 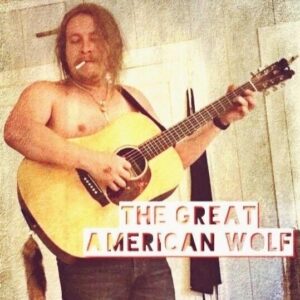 RR: If someone who never heard of you came up wanting to hear your music, what songs would you point them to?

Webster: “If someone wanted me to point them in the right direction with a song, I’d tell them to listen to either “Vile”, “Wizard Town”, “Coyote Killer” or “Be Gone”. Those songs cover almost all of the ground when it comes to the style I’ve been carrying around as a writer.“

RR: To close this out, feel free to plug any upcoming work and tell us anything else you would want a fan to know about you as they dive into your music.

Webster: “The album I’m about to release this 1st quarter of 2021 is called “Berryhill, OK”. It’s a concept EP and a follow up to my self-produced acoustic release from last year, “The Cookson Jubilee”. I chose to do an EP since it’s a concept album and can’t really imagine writing one of these with a standard 10-12 track LP. Lot of work! I didn’t really intend for it to be a concept, I just sat down and wrote a song for every time I acquired a new feeling about a connection I had made with someone I knew at the time. When that connection had passed, I had a story and I thought it was interesting enough to record. Hank Early (Turnpike Troubadours) is producing/engineering and is also featured as tracking all instrumentals for the album and I couldn’t be happier or more blessed to be working with him. The man is an ace and I’ll always be grateful for his help and advice with this project. I met Hank through RC Edwards, whom I’ve always loosely known but became close with and played many shows with this past year. After sending him a copy, RC listened to my last album and was kind enough to show it around to the people he thought might like it, which is something else I’ll always be grateful for. Since, then I’ve gotten to know both of them a lot better and it’s really put a lot of fire back in the furnace for both writing and playing.”

“In closing, I’m very grateful for everyone who listens to my stuff and good or bad, has taken the time to mention it. I’m very grateful for the friends and family that have kept me alive all this time and for my cat, Mark, for the company he keeps me. I watch movies for inspiration, I listen to Death Metal to clean the apartment and I like to drive really fast when no one’s around. Thanks so much for taking the time to inquire and I hope anyone reading has a great day.“