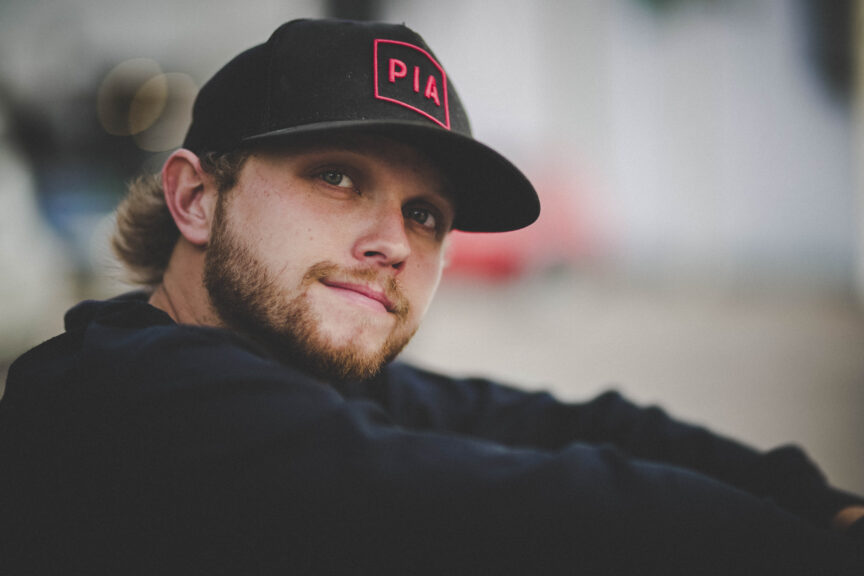 Brian Fuller released his new single “More Of You” on January 28th. Following the success of his single “Somewhere In A Small Town,” Brian discovered a new sound and put his nose to the grindstone with ambitious goals. We sat down with Brian to talk about 2020 and what the future looks like for him. See the full interview below.

RR: The new single was self-written, was that a COVID write or have you been spending time doing some solo stuff?

Brian: “When COVID first hit I went back home to Georgia for a while. I wrote a lot by myself for probably two solid months. I just wasn’t really writing anything that I liked a lot. Then I sat down and I have some producing software on my computer and I just started messing around. When I first wrote ‘More of You’ it was supposed to be real ambient and soft.”

RR: When you wrote “More Of You” was there a particular moment in mind?

Brian: “Yeah man honestly it was about my girlfriend. Me and her had just started talking and hanging out so I was getting into a new relationship. It was just on my mind, I started messing around with a little riff. When I sit down to write a lot of the time I don’t even have an idea in mind. It was really solely just about getting into a new relationship and craving that attention from that person.”

RR: Did she know? If so, what was her reaction like?

Brian: “I sent it to her right after I wrote it and she loved it. She was back in Minnesota and showed it to her sister and of course the work tape sounded like shit. I was playing an electric through my speakers and trying to sing over it. It was a lot more intimate and I’m glad she liked it. It would be pretty hard to have your girlfriend hate your stuff.”

RR: How was it working with Gary Stanton as a producer?

Brian: “I felt like I had to cut it and do it with Gary. He’s really good at honing in on that heavier side of things. Since COVID he’s gotten really into the producing side of things for other artists like Jobe Fortner and Tyler. I asked if he wanted to be a part of it. I sent it to him and two days later he called me and said ‘hell yeah man lets do it.’

Growing up in Georgia, country music was all I knew. When I moved to Nashville I really go the chance to branch out and try new things! So I think this single is really branding what I want to put out going into the future.”

RR: Are you moving more toward that country rock style?

Brian: “Y’know I think I’m just looking for heavier tones. I was talking to my friend Tyler Chambers about it the other day and he asked how I was planning on writing with everyone who’s writing these country songs and making them into something heavier. I just think it’s how it’s produced. I don’t think I’m going to change my writing style a whole lot but it doesn’t always have to be about trucks and stuff. I just want to get more genuine with the sound I want when I get into the studio and not let outside influence from a producer or somebody steer me in a certain direction. I really want to put out the sound I’m comfortable with. There’s a few guys out there like Austin Meade, Koe Wetzel, and Whiskey Myers, while I want to stay in my own lane and do my own thing, they’re definitely on that avenue of sound I’d like to go down.

I just want the crowd to be able to bob their heads and just get into it. It all makes sense in my head but I’m still trying to figure out exactly how to explain it.” 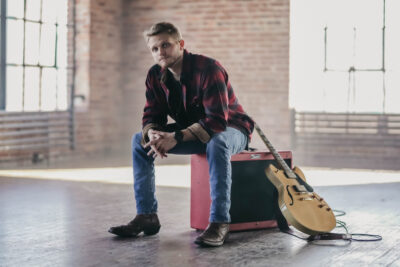 RR: Your releases have been spaced out pretty heavy. Is there a reason behind that and how have your numbers been looking a few days into the release?

Brian: “Honestly the only reason I’ve done that is because I just wanted to take time to think about what I wanted people to think when they thought ‘Brian Fuller.’ Did I want to be modern country or did I want to be a little different than what everyone else was putting out? I took a step back and looked at the songs I was writing and had to see if it represented the direction I wanted to go in the long run. Once you put out an album y’know people are going to be like ‘Oh okay this is what he’s going to be, this is the music he’s doing.’ That’s why I spaced them out so much. ‘More Of You’ definitely covers that sound that I’m looking to put out so I’m excited for what’s to come.”

RR: What’s your next step with “More Of You?”

Brian: “Well in a few weeks I’m going to put out a visualizer video. Figured I could space out those releases. I also thought about putting out a video of it closer to how I originally wrote it, a little softer and acoustic. Just giving people a bunch of different versions of it to listen to. I want to do an album at the end of the year so I’ve got a bunch more songs I’m getting ready to cut. I’m gonna be meeting with Ryan, another producer, in February and we’re going to start picking out songs and getting ideas flowing towards releasing an album. That’s my next six month plan.”

RR: You’ve got a little bit of a COVID advantage living with Elijah Borders and Wales Toomey. What’s it been like for you to be able to be surrounded by creative minds all the time?

Brian: “I mean it has been awesome. I can just walk out into my living room and be like ‘Okay do you have an idea for a song?’ And living with Wales has been great. We’ve done plenty of videos just sitting around the house when Wales gets a new camera or something. When Trey Lewis put out D.D.I.D. we got to do a little spoof video which was a ton of fun. I wouldn’t say it’s competitive but if I see Elijah writing I don’t want to sit on the couch y’know I’m gonna get up and I’m going to go write too. It keeps me motivated to find something to do even when I don’t think there’s anything to do. It would be different if they were just sitting around doing nothing all day y’know that’s what I would fall into too.”

RR: You’ve got a pretty tight community of guys out here. Y’all have had a big year cranking out tunes. What’s it been like to see your friends start to gain some traction in their careers?

Brian: “It’s really motivation like I said. You watch your buddies grow and me and Tyler have been friends for four years man he was one of the first people I met when I moved up here. Then Dylan signed with Play It Again and Derek signed recently as well. Then you have people like Elijah who are starting to push their career and in ways and it’s been great to help him and it’s been fun to see the growth from some of my best friends. One of the coolest things has been seeing some of these guys we look up to start to notice our work. Like they know we all roll together and to have them start to follow some of us on Instagram and stuff has been cool. It just shows that I think we’re doing something right. All those guys came up together and it’s cool to kinda feel like we’re doing the same. It doesn’t take a lot to know Tyler, Noah, Dylan, Elijah and I are all close and we all hang out.”

Safe to say Brian has discovered the artist he wants to be and we’re looking forward to the full album and seeing what he can cook up for us in 2021. Be sure to stream “More Of You” below.