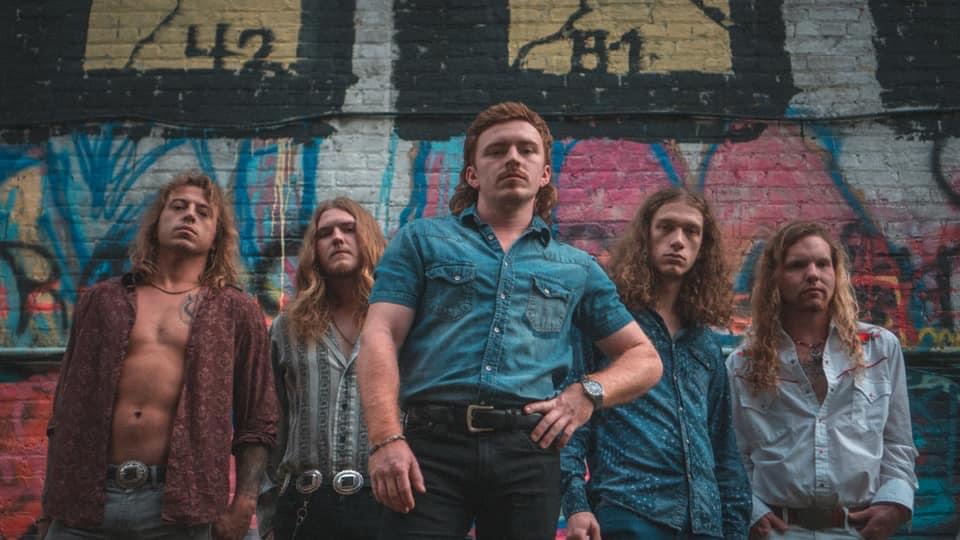 Down To Get Dirty: Revelry releases debut track, “Dirty”

It is great to know that in 2021, southern rock is still alive and well. Revelry, composed of singer Zack Montgomery, guitarists Redd Byrd and Jordan Whorley, bassist Dane Lovvorn, and drummer Lucas Vincent, bring a sound that would make Ronnie Van Zant do some toe-tappin’. Revelry released their debut track, “Dirty,” on January 8th of this year. If you like riffs of Skynyrd, the tightness of the Allman Brothers, and the soul of The Black Crowes, Revelry is right in your wheelhouse.

According to Zack Montgomery, he and Dane Lovvorn started as an acoustic duo around 2016 called King and the Rebel. Montgomery explained, “We heard about this other dude who went by ‘Redd Byrdd’, and that he had a kickass band behind him including J Whorley and Lucas Vincent”.

“We first started playing in local dive bars in Murfreesboro, TN. One specifically being Van’s Bar and Grill. We decided to keep it going after seeing the almost cult-like following we were getting. The music we were making just felt right, and of course, we’re like a little musical family”, said Jordan Whorley.

The guys from Revelry definitely have their heads in the right space when it comes to inspiration. Whorley’s heroes include Gary Rossington, John Fogerty, and the recently-passed Leslie West. Drummer Lucas Vincent’s drumming inspiration comes from legendary blues rock timekeepers like Ginger Baker and Mitch Mitchell. Montgomery likes to throw in Blackberry  Smoke, Hank Jr., and ESPECIALLY The Cadillac Three onto his list, which is definitely showcased in his vocal performance.

Southern rock is oftentimes mixed up with country, and vice-versa. When asked about their own opinion of Revelry’s categorization, it was overwhelmingly leaning towards southern rock.

“Revelry is definitely considered a rock ‘n’ roll band. We all have a deep, deep love for country music and we’ve covered countless classics at our shows. We pride ourselves on our drawl and our roots and it’s evident in our music, but we want to give the world some straight up southern rock ‘n’ roll. But hey, if people are loving it and calling it country music, you’ll hear no complaints from me!” stated Redd Byrd.

“Dirty” is a fun rockin’ tune that seems simple on the surface, but what’s the story behind it?

“It’s kind of a funny story,” Montgomery explained, “I was headed to pick up Dane up from class one day at MTSU because his car was in the shop or something. Shania Twain’s Whose Bed Have Your Boots Been Under was on the radio and I immediately turned it down and sang the first line, ‘my boots would look good under your bed’ out loud. Then I wrote Dirty in about 30 minutes once I could get to a guitar.”

Montgomery stated that as a songwriter, he leans towards soft ballads, which the guys in the band jokingly give him a hard time about, telling him “we need some rockin’ songs for the shows, man!”

“Dirty” is far from a slow song and it sure gets you moving. Check out Revelry’s music and keeps tabs on them; they will blow up before you know it! Stay tuned for new merchandise coming out from them and see them at Tin Roof in Birmingham on March 5th and 6th.