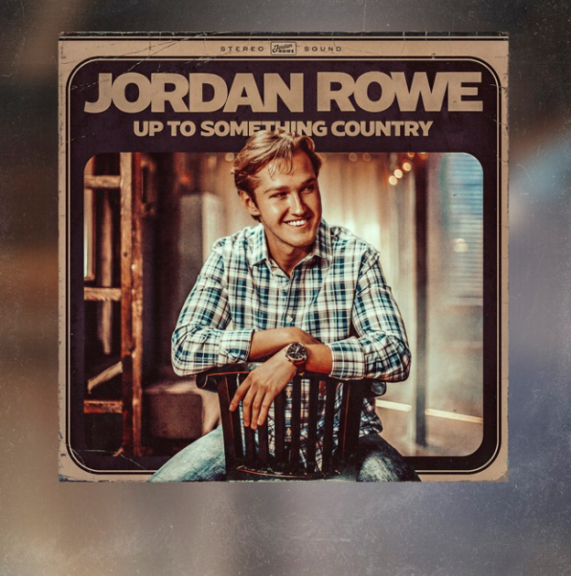 Get to Know Jordan Rowe

Jordan Rowe’s love for music and dream to become a successful country artist began when he was just a kid in the small town of Adel in the heart of south Georgia.

His artistry has been described as “traditional as Alan Jackson, but as fresh, young, and fun as Jon Pardi.” He grew up listening to artists such as Joe Diffie, Alan Jackson, and Luke Bryan- all of whom have played a major role in how he has crafted his sound. Jordan began to write with some of country music’s most recent hit songwriters, such as Ray Fulcher, Thomas Archer, and Cole Taylor, and has since made the move to Nashville in 2019. Jordan has toured with the likes of Luke Combs, Riley Green, Muscadine Bloodline, Chris Janson, Morgan Wallen, and Jameson Rodgers.

Rowe’s newest single “Up to Something Country” released on January 15th. The upbeat, feel-good country track is sure to make you roll your windows down and look for the nearest dirt road.

I got to sit down and get to know Jordan and ask him what’s coming next and what we can expect from him in 2021!

RAISED ROWDY: What was your story behind writing “Up to Something Country?”

JORDAN: I was writing with my buddies Drew Parker and Cole Taylor, and Drew came in with that title. I loved the idea as soon as he threw it out, and we wanted it to make people feel like Tim McGraw’s old song “Down On The Farm” made us feel back in the day. It was one of those songs that just fell out. I think we had the whole thing wrote in about an hour, and we had a ball writing it.

RAISED ROWDY: What made you want to become a country music artist?

JORDAN: I grew up on country music in the front seat of my dad’s truck and anywhere else I could find it. I can still remember one time when I was maybe seven or eight years old, I was singing along to the countdown on the radio, and Mama asked me how I knew every word to those songs. I always sang and played in church, talent shows, the school choir, restaurants, and anywhere else I could. It was always my dream, but when I got to college, I started opening shows around Georgia and really started to pursue it.

RAISED ROWDY: Who is your dream collaborator?

RAISED ROWDY: What inspires you to sit down and write a song?

JORDAN: It’s hard to explain, but some songs just have that special thing about them that make you really connect and feel something, and I love chasing down songs that make me feel that way. I’ve been writing three to five songs a week for over a year now with no intentions of slowing down.

RAISED ROWDY: Who’s career do you admire most and hope to pattern yours after?

JORDAN: I’d have to say Alan Jackson because he’s always stayed true to his music, to the genre, and to who he is.

RAISED ROWDY: What’s the best piece of advice you’ve been given since entering the country music industry?

JORDAN:  “Put out the songs that you love, because you’re the one that’s going to have to sing them for the rest of your life.”

RAISED ROWDY: What was it like to tour with some of the big names in country like Luke Combs, Morgan Wallen, Riley Green, and Muscadine Bloodline?

JORDAN: It’s been incredible. The fall tour with Luke and Morgan last year was the best three months of my life. Both of those guys took me under their wing and treated me like family out there. I sure hope we can do it again soon.

JORDAN:  I’ve been writing a ton of songs, and I’m ready for everyone else to hear them too. I’ve already spent a lot of the first month of this year recording new songs and I plan to put a lot of music out this year. So stay tuned.

Keep up with Jordan: