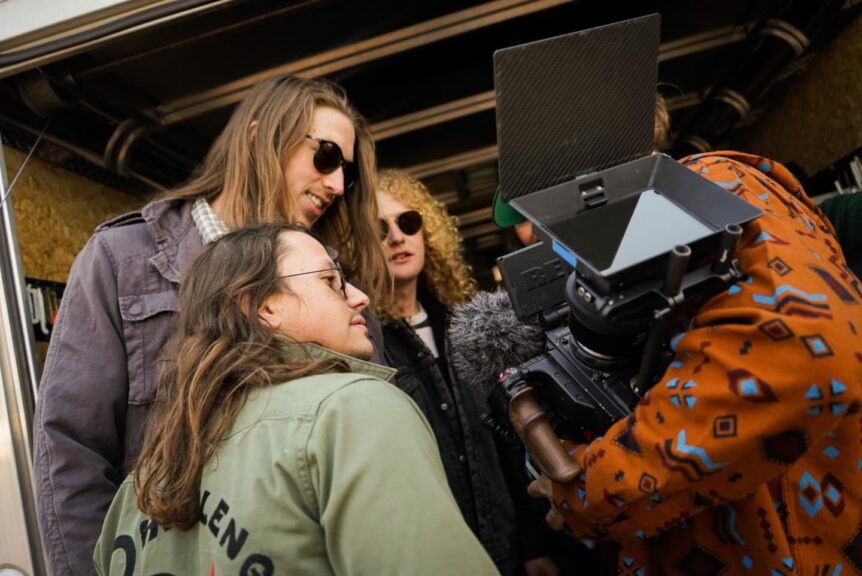 Shifting the Spotlight: A Look Behind the Frontman

Casual fans of mainstream country, Texas country, Red Dirt, or pretty much any genre usually don’t focus on the guys behind the big name singer. The experience you get when seeing an act live can be great or disappointing based completely on the performance and presence of the backing band. That doesn’t just stop on stage, however. One release can sound very different than the previous one just by switching a guitar player.

Before I jump to conclusions on an artist, I like to see them live. When you witness someone perform in person it is raw and unedited, which exposes you to the true sound of a band. Koe Wetzel, a performer who is absolute royalty in the TX/Red Dirt scene, is fantastic. There’s no denying that. When you see him perform live, his band is just as much in the spotlight as he is. The grunge style that Koe brings to his sound is also translated in his performances, which is helped by the shredding guitar combo of Michael Odis Parrish and Shyloh Powers. This dynamic duo give Koe kick-ass riffs and face-melting solos to work with, also not excluding the booming rhythm section consisting of drummer Andres Rocha and bassist Mason Morris.

The Read Southall Band aren’t as much grunge as they are blues. Read’s raspy, but powerful, voice is the obvious focal point in the lineup, but the rest of the band is pure talent. Guitarist Ryan Wellman plays his ass off on stage, as does Jeremee Knipp on bass (Jeremee also just released his debut single, “Draft Cards”. Go check it out!). Beating the skins on the drum kit is Reid Barber, who incorporates unique drum patterns while maintaining his powerful hitting. Read’s voice and his band create the blues/country sound that we all know and love.

The man who knows no certain genre, Austin Meade, has been switching up his sound and growing for years now. Austin’s voice is soulful, which he manages to showcase perfectly in all his different styles. Out of all the bands I’ve seen in this scene, his is the one that impressed me the most. On lead guitar is David Willie, who definitely brings a metal tone to the band’s sound. His solos are fantastic and it is a lot of fun to watch Austin and him play off each other on stage. Grooving on the bass is Jordan Pena, with Aaron Jay holding down the fort behind the kit. Another player from Austin’s camp worth mentioning is former guitarist Shane Boeker, who helped create the mood and illustrate the bluesy, soulful sound on the album Waves. Shane is now playing in American Aquarium, who are very talented in their own right.

Turning back the clock to when Red Dirt was still rising, we had the legendary Cross Canadian Ragweed. Cody Canada is now a very well known name in the community, and since the Ragweed days he now plays in The Departed along with bassist Jeremy Plato. Jeremy is also a former member of Cross Canadian Ragweed, and he had quite an influence on the style of the iconic Red Dirt band. His bass playing was in the forefront and was also quite skilled, helping Cody Canada with harmonies. Grady Cross was on rhythm guitar and played a lot of Ragweed’s most well-known riffs. Randy Ragsdale, the drummer, had a true knack for fills and showed them off a lot when Ragweed would perform live.

What I’m trying to do here is just give you a few examples of successful bands who owe a lot of their success not only to the frontman or songwriter, but to the guys keeping the beat behind the drum kit, the guys slapping the bass, and the guys picking away on guitar. All of these elements are what create a band’s sound and style, and that is why all of your favorite artists are unique in their own way.