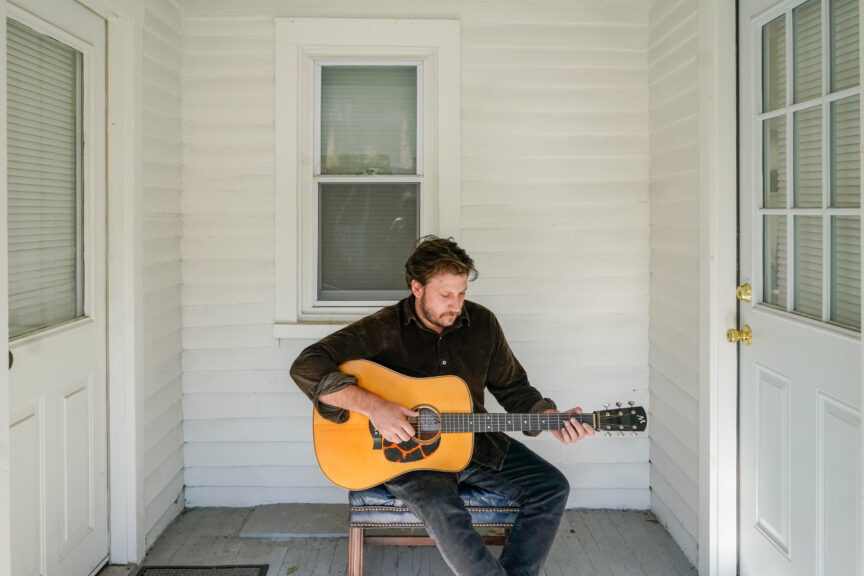 It could be said that a person is a collection of the places that they’ve been, and that location plays a bigger role in shaping our identity that we often realize. You’re one person in your hometown or around your family, and another when you’ve moved away and set out on your own. If you’re a day’s drive away from where you grew up, the back-and-forth hours spent on the road can morph, over time, into something bigger than just getting from point A to point B: the interstate becomes a sort of bridge between worlds, or perhaps a bridge back in time as you move between different versions of yourself.

In his new single “Paducah,” we find Nashville transplant Nate Fredrick up before the sun on one such drive back home to Missouri. The song was written by Fredrick and Harper O’Neill and is the first release off Fredrick’s upcoming album Different Shade of Blue, which is set to drop on February 26. The idea for this single came from Fredrick’s own story, as he explains: “Paducah was a song idea that stemmed from my first years of moving to Nashville. I traveled back home to Springfield, Missouri, every other weekend during my first few years, partly for a relationship, and partly from being truly homesick. Paducah, Kentucky, was the halfway point and during those long drives I had the feeling I was leaving something but also heading to something from both directions. During that time home changed meaning for me, where my childhood home was no longer my actual home. I changed a lot as a person and eventually into someone who felt like Nashville, not as just a place I stayed, but finally home.”

While Fredrick is “trying to make that sunrise on nicotine and strong coffee,” the track’s smooth, wistfully sliding guitar and backing vocals set an evocative tone right from the start. Gentle and plaintive, “Paducah” is the sonic equivalent of the scene in which it is set; you can almost see the glow creeping up over the horizon, ready to cast pastel shades of coral and purple over the grey pavement. As the song rolls on, the concise songwriting allows it to pack years of change into just a few lines:

From hellos and goodbyes to reconciliations

And finding ways to let her go again”

His vocals, though, may be the most striking element in the whole song. With its blues soul and all the expansiveness of Americana, Fredrick’s voice has a hint of sadness that adds depth as it folds around the contemplative verses, balancing the romance of the open road with twinges of being lonesome.

“Paducah” is set to release this Friday, but we’re excited to give you an exclusive early listen here at Raised Rowdy. If you like what you hear, be sure to pre-save/pre-order the album here and follow along with Nate Fredrick on Instagram, Facebook, or his website.