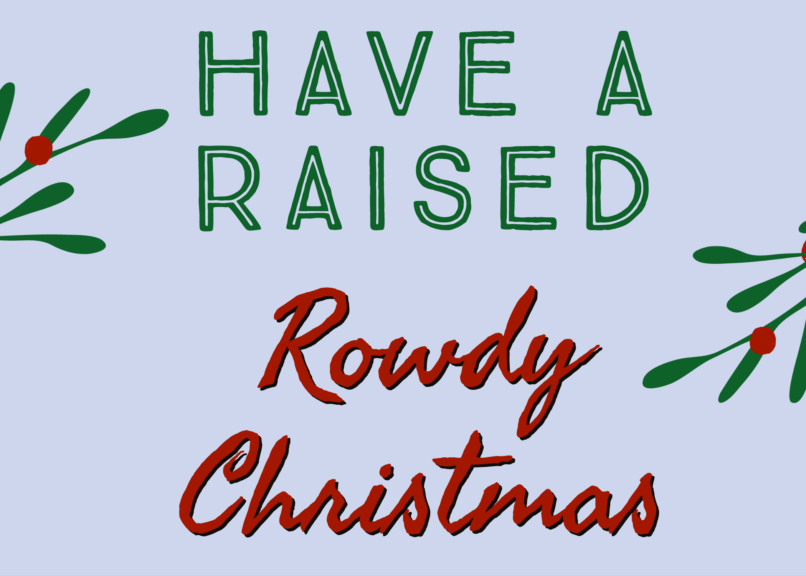 The Best Country Christmas Songs of 2020

Christmas songs… you either love them or you hate them. While I’ve never quite hated them, I’ve never been able to relate to them with the weather down here in Australia – so thank god for good country music that makes Christmas music something of a joy. There have been so many great new country Christmas songs released, even just this year! It was near impossible to count down, but I am here to give you the definitive list of eight of the absolute best country Christmas songs released in 2020. Let’s end the year on (finally) a good note, and get festive to these great songs.

8. Hang Your Hat on My Christmas Tree – Cody Belew

“This is the night before Christmas, I don’t ever want to stop, go ahead and knock the gingerbread man out of me, you can hang your hat on my Christmas tree”

This is some serious country and I love it immediately. An original song by country up and comer Cody Belew, this one will have you dancing within the first few seconds of the song. It’s also kind of sexy and makes me think of all the best Christmas parties I’ve ever been to.

“Said Santa to a boy ‘child, what have you been longing for?’ All I want for Christmas is a rock n roll electric guitar, and away went Rudolph whizzing like a shooting star”

Now this song has the very best introduction. Not to give it away, but when the song starts out too Christmassy, Randall King corrects the band “what is that?” and damn does he make it sound so good. His country twang is very evident in this song, and it’s another one you can’t help but dance to.

“Got mistletoe duct taped hanging in the door, it’s the most wonderful time of the year, I’m leaving Santa cookies and beer, well I’m dreaming of a white trash Christmas, where the rednecks break out the red and green, it’s the merriest sight you’ve ever seen”

Not only does this song have a fantastic name, but it perfectly describes the kind of Christmas I could only fantasize about. I think it’s safe to say we’re all dreaming of a white trash Christmas. “Well the tree ain’t the only thing that’s lit” – is a line I will be repeating all Christmas long.

5. The Only Present I Want – CJ Solar

“No I never felt, that much Christmas cheer, as when you were in my arms, this time last year, so the only thing on my list, is something I used to have, the only present I want is the past”

You have to love the way country music often has double meanings for its words and phrases. Not only does that make this song so wonderful lyrically, but the music itself is so good that it doesn’t even  feel like a song you would play only at Christmas. It’s one you want to listen to all year ‘round.

“Well they decked all the halls, raised a solo cup toast, to a woman he just met under the mistletoe, now he and Judy won’t stop making out, Santa Claus is going to town, I took his keys… then called the cops”

So Jason Nix is straight up awesome in general, and how good does his voice sound in this song! This song is particularly humorous, picturing Santa being loose at a party.

“Getting ready for Christmas, Maker’s Mark on the wish list, no better way to spend the holidays than walking in a whiskey wonderland”

A reimagining of surely one of everyone’s favorite Christmas songs – walking in a winter wonderland – except so much better, because it’s Styles Haury, and it’s a “whiskey wonderland”. Real good jam I have been playing all day, and won’t be turning off any time soon. Also, a whiskey wonderland is definitely what we’ll all be aspiring to be walking in this year. Honestly, it was incredibly difficult to pick just one song of Styles’ Christmas EP Whiskey Wonderland, so go check out the whole thing and you’ll see what I mean.

“Yeah, we planned to catch a plane but the snow’s coming down, it’s a two day delay so the wheels are on the ground for a while”

How could you not love Tenpenny? His voice is perfect for Christmas songs! Like any good country song, this one tells a story, this time of being stranded at home and choosing to sit in a dive bar drinking the night away with the one you love. Sounds pretty perfect to me. His video for this song, starring his also incredibly talented girlfriend, Meghan Patrick, also just came out, and it’s real good too. He released an EP of country Christmas music too, with seven songs to love.

“The fire’s burning out, there’s snow on the ground, there’s only one thing left to do, is my present from me to you”

Now to the absolute best country Christmas song that has been released in 2020. This one is super sexy, and the artists who sing it are no less. It has been on rotation for me since I heard it, and it’s not going anywhere anytime soon. It’s perfect for the end of the night, when you’re finally alone with the one you love, and… you can fill in the rest. With the artists behind this song, it’s no surprise at all that they’ve come up with the best country Christmas song of the year. Y’all should also check out the video, because it’s just as good. Nelson says “It was a jazzy Christmas tune that we wrote in 2016, and we tried for years to get a country couple to cut it, and when nobody did, we took it into our own hands and cut it ourselves” and it’s lucky they did! When describing the sound of the song, Nelson says “It’s supposed to have that crooner feel. We were thinking it could be like a more modern version of ‘Baby, it’s cold outside,’”

If, like me, you can’t get enough of these songs, we have compiled the ultimate country Christmas playlist so you can have the rowdiest Christmas possible. I will be listening to them all month long, and probably longer. Merry Christmas y’all.