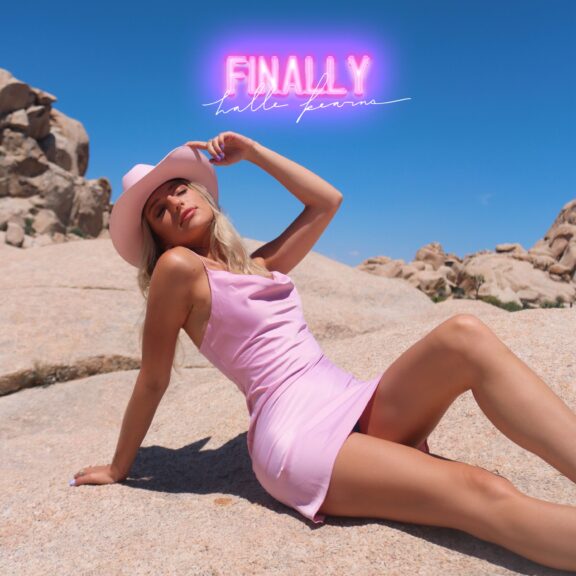 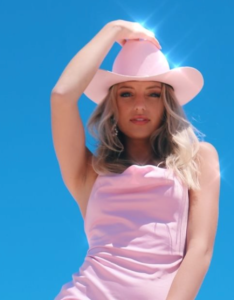 Emerging country star Halle Kearns is set to release her debut EP Finally on December 11th. As a songwriter, Halle differentiates herself through her storytelling, melodic sensibilities, and authenticities. As a performer she has over 300 shows under her belt, resulting in an undeniable ability to captivate her audiences and instantly connect them to her passion for music. While she has only been in Nashville for a year, she has already opened up for legendary country artists such as Trace Adkins, David Nail, Eli Young Band, William Michael Morgan, Tracy Lawrence, The Oak Ridge Boys, Casey Donahew, and many more.  Nashville has been buzzing with this name since her debut release on July 31, exhibiting the undeniable magnetic pull that is Halle Kearns.

Halle’s debut single “Pick Me Up” collected over 100,000 streams and 30,000 monthly listeners in its initial 4 weeks. It was chosen as song of the week for a number of stations, including Radio Disney Country and Country Hits Radio UK. Her next two singles, “I Drink Whiskey” and “Shoes to Fill” have followed the same trajectory and accumulated thousands of new monthly fans. Collecting over 110 press write-ups since August, Halle has proven herself as a must-watch artist.

Finally is a 5-song record that shows the multi-faceted talent that is found within Halle’s songwriting and tonality. With 3 of her newly released singles – and 2 unreleased soon-to-be hits – this one is sure to leave fans wanting more and more.

“Pick Me Up” – co-written by: Halle Kearns & Spencer Crandall

“I Drink Whiskey”: “’I Drink Whiskey’ qualifies as a ‘good quarantine song’ even though it was written pre-pandemic,” Kearns said. The cut amplifies the all-too-familiar tale of couples who have “come together and also driven each other insane.”

“In the song, I referenced five different types of alcohol. The song is especially relatable during these times because it talks about losing your mind when you’re talking to someone you love,” explains Halle. “Especially during quarantine being stuck with that significant other. I think everyone’s been like, I need a drink. That’s kind of where we pulled from on that!”

“Pick Me Up”: “Since I finished this song, I was fairly positive I was going to release it! ‘Pick Me Up’ is all about forgetting your worries and getting lost in whatever your favorite distractions are. During these unprecedented times, I think we could all use a pick-me-up! So it felt natural as the first release.”

“I wrote it with Gary, Morgan and Kaylin. They are awesome and are artists as well. It was cool to get four artists in a room. Gary is a track guy as well, so we were able to do it that way. I am incredibly close with my dad, he’s my best friend in the entire world. The song just came out naturally and when we got the idea for the hook, we just ran with it. I usually sit on songs for a long time before I release them, so I can just sit back and really think about the song and the quality of it. It’s part of the process that I really love, but for ‘Shoes to Fill,’ the second we wrote it I wanted to record it. The day we left that room I told myself ‘this is it.’ I waited for this to be my third single because I wanted to ‘earn’ that intimate song after putting out two fun songs. This song is for my dad, my best friend. He’s done such a good job of showing me that I am worth being loved by someone and why/how to hold out for someone who is going to love me like he has my entire life.”

“Before He Could”: Is all about that feeling before a break-up and knowing it won’t work out in the end; even though it sucks right now – you just need to listen to your heart. Halle hits us in her lyrics with

“I saw forever in his need you eyes,

he didn’t deserve to hear goodbye

So I broke it before he could.”

This sad-girl anthem is probably one of my favorites off the EP just because it is so relatable – whether you’ve been on one side or both.

“Whatever You Do”: Another feel good song from Halle, this track is all about a couple that just met and having that “not a care in the world” feeling and just going with the flow.

“Whatever you do, don’t stop slidin’ over closer

and don’t you stop talkin’ over the music

Whatever you do, keep on dancing all around me

cause I’m really getting into, whatever you do”

“The EP is going to come out in late November. There are two more songs on it. One’s called ‘Before He Could,’ and that is my sad girl anthem. It is really heart-wrenching and I’ve played both sides of the song, which is super interesting–just both perspectives–so, it’s probably my favorite, production-wise, on the album. Then, another song, called ‘Whatever You Do,’ which is a really beachy song and it’s actually written on a beach, from a beach perspective, so it’s really just fun and lighthearted – kind of like those first two.”

Halle told Raised Rowdy, “This EP is titled ‘Finally’ for a reason! I have been chasing this dream for 5 years now, and now here I am in 2020, finally getting to release my debut project. This 5-song creation is what I believe to be a perfect representation and introduction into who I am as an artist. My hope is that each listener walks away feeling a little more understood, and like they made a new friend!”

Make sure you pre-order Finally HERE!!!

Keep up with Halle: