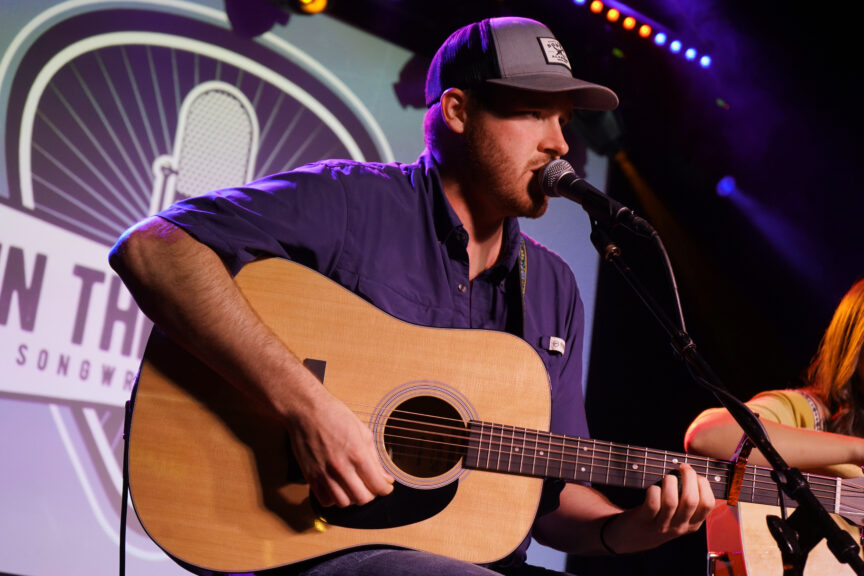 Trey Lewis Releases The Song 2020 Needed “Dicked Down In Dallas”

A story as old as time…Man meets Woman, Man and Woman fall in love…Man finds out Woman has been sucking off ole what’s-his-name.

Ok, so that third part might be slightly different than most songs written in Country music that we hear, but cheating songs are one of the archetypes that the Country genre does best – and Trey Lewis just released the cheating song we didn’t know we needed in 2020.

“Dicked Down in Dallas” started as sort of a joke between the songwriters Brent Gafford, Drew Trosclair and Matt McKinney, but what ended up happening was a song that makes folks smile every time they hear it played.

Writer Matt McKinney told us “this song began as a drunken underground bonfire favorite, and within the matter of a couple weeks has transpired into what will likely be the most shared song of 2020 on Tik Tok…insane.”

Trey Lewis has been playing the Southern Country circuit for years, playing some songs he loves and some he hates to adoring fans or really drunk folks.  From Raleigh to Tennessee, and everywhere ole what’s-his-name has visited in between, music fans have scratched their musical itch from his voice and live show. Trey, with the release of DDiD, proves he is unafraid that a song like this will only put people off.

Some may worry that a semi-serious track will make folks who have paid attention to the earnest and heartfelt music he has released to date to think of him for only one thing. In being unafraid, he tapped into a song that – while being explicit – ends up being relatable and honestly just a great quality song. Give it a listen and tell us you aren’t humming the chorus or verse for days to come. It’s a song that easily took on a life of its own when given to the masses.

As a song can but doesn’t often do, this track went further than Trey or the song’s writers ever imagined even before release. With social media, that change from a funny track you tell your friends about to a viral internet sensation can in fact turn the corner pretty quickly.

For “Dicked Down in Dallas” there is something that just ends up being special about it. Is it that classic 90s key change produced by Alex Maxwell and played on by Grady Saxman and Sol Philcox-Littlefield? The repeatable city shoutouts bound to help sell merch all over the tour route? Or is it simply that a song can be traditional enough sounding with just the right sprinkle of explicit to turn some heads? With millions of shares on Tik Tok and having gained the attention of some heavy hitters in the industry, we are excited to see exactly how far this “Bonfire favorite” can actually take Trey and the writers.

Some people will love it. Some will hate it. But for an artist like Trey Lewis who takes himself very seriously, while also not taking himself too seriously, it was a perfect fit. Unabashedly Trey Lewis. Truthful and real. If you know Trey you know he says what is on his mind whether you like it or not, and this song ends up being genuine with his delivery of it.

So give this track a listen. While the content might be explicit for some Country fans, it almost assuredly will make you or someone you know smile. In 2020, isn’t a smile worth your time?

Thank you to Trey Lewis for being unafraid to release a song that surely will have its detractors, but assuredly will also bring that much needed grin to the face of so many.

Dicked Down in Dallas. The song 2020 didn’t know it needed, but that we are thankful to have.

*Update* Dicked Down In Dallas is #1 All Genres on iTunes!