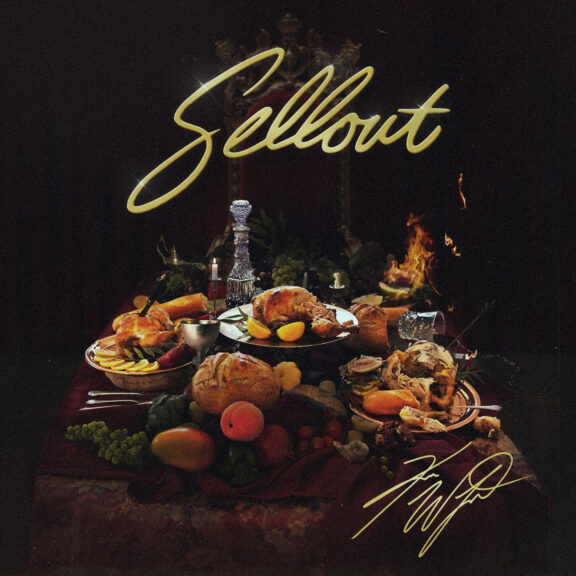 Koe Wetzel, one of the most talked about characters in country music today, just released his highly anticipated album Sellout. The far-from-traditional star has dominated the Texas music scene independently for years with his “psychedelic country” (as I like to call it) creations and unapologetic attitude. From 2015 until his recent signing with Columbia Records this Summer, Wetzel had sold more than 200,000 units independently. He is so big in Texas that before he really drew any big-time national attention, he was headlining his own music festival, Koe Wetzel’s Incredible Music Festival also known as “Koe-Fest.”

Due to his impressive independent success and his new record deal, Wetzel’s fame has since outgrown the borders of the Lone Star State and he has taken the reins of a national star, continuing to shake up the country music world with his polarizing and unique sound. Wetzel is an artist that transcends genres by taking sounds and inspiration from the worlds of Americana, grunge, punk rock and country and concocting them into his own works of art. There are not many artists today that have been able to combine their different influences so seamlessly that they have almost created their own genre of music.

Wetzel helped pen 13 of the 14 tracks on the album and cites this project as the best representation of his work yet. According to Koe, Sellout is the project where the music really came together for him and his team. “We’ve been playing in bars and anywhere we could for the past ten years. It took us a while, but we really found our sound with Sellout. When you listen to this album, I hope you get a better understanding of where I am coming from as a person and as a musician,” says Wetzel. I expect this album to push Koe even further into the national spotlight and be a big driving force for his future success. Now let’s dive into a few of my favorites…

Koe decided to run with Cold & Alone for his next official single. The rock sounding track tells the tale of a rough breakup and the mixed feelings that always surround those situations. This one carries a strong “early 2000’s” rock feel that fits Wetzel very well. Also, be sure to check out the official music video directed by George Niehuis.

A personal favorite of mine from the project, this song was written about a friend of Koe’s who passed away. With the title setting the scene for what the song is about, I anticipate this track to be a very popular track due to its relatability and good hook.

This is a song that I consider to be very “Koe Wetzel.” It is a unapologetic song with a deeper meaning than what meets the surface. I think a lot of us out there can relate to a person or significant other who in fact is more of a “drug problem” than a relationship and that is what Koe is alluding to in this slow jam.

Don’t forget to check out the other 11 songs if you haven’t so far. The sky is the limit for Koe and his team. With the ink on his signed record deal still fresh, watch for this record to make BIG waves in country music.

Koe will be showing off these songs on his up and coming Mini Acoustic Tour that he is headlining with Austin Meade. The first show kicks off on December 8th at the Criterion in Oklahoma City. Be sure to check out his other dates below: