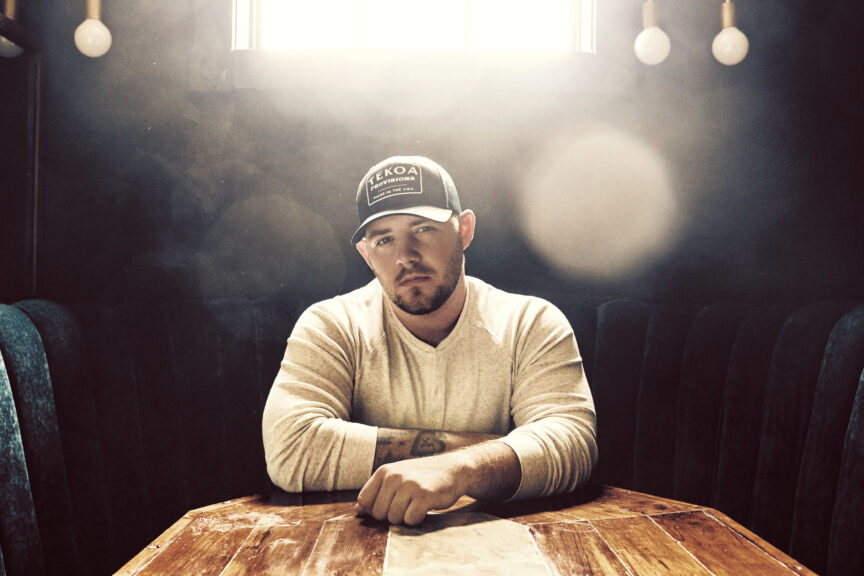 Keep Up with Kameron Marlowe & His New Self-Titled EP

“Never in a million years did I think I would be releasing my debut EP under Columbia Nashville,” said new up and comer Kameron Marlowe. “These songs are my journey from heartbreak to starting over and chasing a dream. I thought I would be the guy selling car parts for the rest of my life and now I’m here.”

This exciting new talent is quickly establishing himself as one to watch, as Entertainment Focus declared: “With his self-titled EP Kameron Marlowe is making a bold statement.” NY Country Swag echoed “Kameron Marlowe is the real deal, and it is only just the beginning for the budding star,” and MusicRow touted Marlowe as “Super promising.” EverythingNash praised “If country music had a missing link, it might have just been found with Kameron Marlowe.”

Kam co-wrote 4 out of 6 of his songs on his EP. This EP has a little bit of something everyone can relate to. You can’t deny that with that voice, he’s going to be something big REAL soon in country music.

Marlowe found success with his independent debut release, “Giving You Up” – a heartbreak anthem that has topped more than 15 million streams and counting. It’s the first song Marlowe finished writing and it came with a personal price. The singer was 20 years old and planning to propose when his would-be fiancée dumped him for someone else. To get his feelings out, he picked up a pen.

“I had things I wanted to say,” Marlowe said. “I started writing and over the course of several weeks, it turned into a song that means something to me and honestly, helped me through a hard time.”

This song really resonates with anyone going through a tough break-up specifically a long-term relationship that you never wanted to end. Marlowe really hammers in on why you can’t settle for toxic with his lyrics:

“I’m letting go of all the things that held their grips on me
With you being my first priority
‘Cause death isn’t worth the weight of your love no more
And I’m packing up, leaving closing shop
There ain’t no use for you in this heart no more
So I’m letting go

“One of my favorite songs off of this EP is “Sober As A Drunk.” I love the way this song paints the picture of how someone wants to feel versus how they really feel.  It’s just a feel-good song that makes you want to sing along, too,” Marlowe told Raised Rowdy. “Working with Brad Hill was awesome. That was my first time ever being in a studio and working with a producer before, so as you can imagine, I was very nervous. He made it so easy and we were collaborating on each song. I couldn’t be happier with the way everything turned out.”

“Burn ‘Em All” is that classic bonfire party song everyone loves and can’t get enough of. Kam’s chorus,

“Pour the gas, light the match, set the night on fire
Set the blaze, let the flames get higher
Every cigarette, every dollar, every problem
You got on you from a town this small
Tonight we’re gonna burn ’em all”

really puts you in that feel good mood, and puts all your worries aside from the week. Just kicked back & relaxin’ with all your rowdy friends.

If you’re struggling as much as we are with concert depression, Kam performed his entire EP on his Facebook and Youtube pages via LiveStream on November 17th with his FULL band!

“Wish we could be doing this in person but a livestream will have to do! Excited to have the band back together and play some music for y’all.”

Keep Up with Kameron: