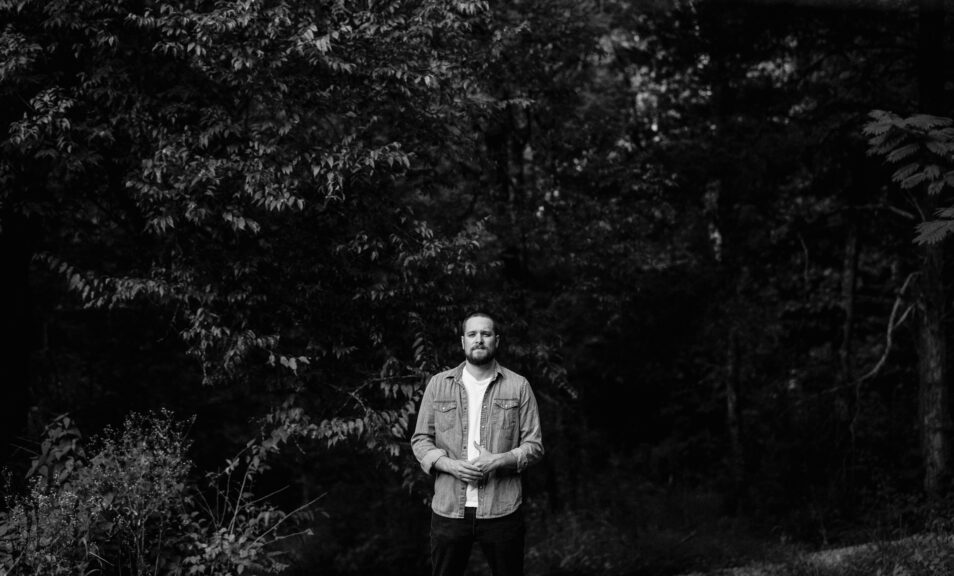 Tomorrow, Bo Armstrong is releasing his first full length album titled Chasing Ballads. The Dallas-born, Nashville-based singer/songwriter’s last release was a 2018 EP called Where We Are, which laid the foundations for Armstrong’s fusion of his Texas roots with the understated stylings that occupy the Americana end of the country music spectrum. It’s a blend that’s perhaps best explained by one of the verses in the album’s title track:

“But I was told that I would never be cowboy

That there wasn’t a range for me to ride

To make a living you’ll put that all aside

Out there blazing trails, spinning tales, and chasing ballads”

As those lines might suggest, Chasing Ballads mirrors the highs and the lows that come with chasing down a dream, whether that dream is a career in music, falling in love, or having a family of your own. The album’s eleven tracks develop an inviting sense of intimacy by reflecting on life’s small moments, while its subdued instrumentation lets the songwriting truly shine, putting the focus on the lyrics and Armstrong’s soulful delivery.

Even from a casual listen, it’s obvious that Chasing Ballads does love songs exceptionally well. “Meet Me in Memphis” kicks the album off with a driving tempo as the song flashes through potential escapades that await the narrator and his long-distance lover in the city: “We can ride 61 straight into the sun/Watch it sink into the levee/Then a Delta moon will rise and shine over the water/Up there like a polished penny.” That sense of adventure bleeds into “Dance With Me,” which captures the magic of an instant spark and the anticipation of where things might lead (“Four o’clock on a Friday and I’m already thinking ‘bout you/And the look that you gave me last week when our eyes met across the room/So honey when I see ya this time around/The two of us are gonna burn this dancehall down”).

While those two tracks feed off the excitement and spontaneity of falling in love, the album also dives deeper into this theme to look at it from a more mature perspective. A ’54 Gibson guitar and a ’68 Ford pickup – with all their scuffs, dents, and rust – are metaphors for a love that stands the test of time in “Built to Last.” Building on that, Armstrong addresses the “wrinkles and rust” that arise in that kind of love in “Wildfire,” a tender look at the sacrifices that are often required:

“So we’ve played that game, run that race, and we’ve fought that war

I kept up the pace, got that raise we been hoping for

We chased a better life

But was it worth the price?”

On a more positive note, “You Know What I Look Like in the Dark,” one of the album’s standout tracks, is a poignant testament to being truly understood and accepted by your partner. Packing vivid imagery into succinct verses, Armstrong pulls back the curtains shielding his vulnerabilities on this track to give listeners an incredibly powerful look at what love really is. The album’s love songs that aren’t strictly about romantic love are also equally powerful, as  “Mama Sway” and “Here’s Looking at You, Kid” allow listeners to see life through the eyes of a husband and father.

That being said, the album’s heartbreak songs are just as strong. We’re excited to premiere one of them,  “Wearing Out These Wings,” here for you a day early. Armstrong told us a little bit about how this track came to be:  “This song was a fun one to write because we didn’t have too much of an agenda when we started —we just wanted to craft a story out of nothing. We were writing late at night, over whiskey and zoom, and as we chiseled away at this main character’s backstory, we started to realize that we were creating a unique addition to the album. This mysterious, bereft truck driver could have very well been the one asking the question, ‘Where are you, lonesome?’ two tracks prior. To me, this song is a cinematic vignette —a little glimpse into someone else’s world. And as with any good movie or tv episode, you don’t have to have first-hand experience with a character’s world to relate to or empathize with him or her. So my hope for this song is that folks can listen to it and just enjoy the show.”

3) Where Are You, Lonesome (feat. Taylor Stearns) (B. Armstrong, W. Lunsford, L. Wright)

5) Wearing Out These Wings (B. Armstrong, B. Phillips)

Bo Armstrong · Wearing Out These Wings