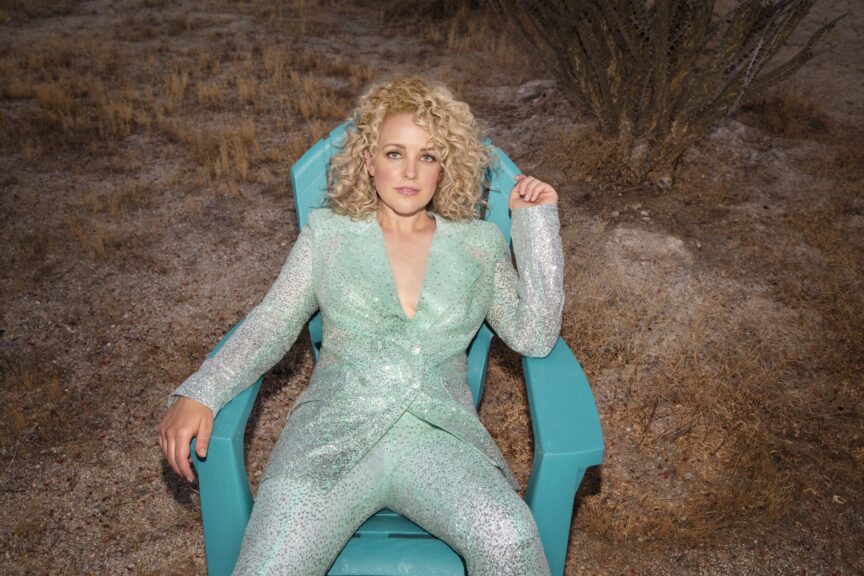 Five years after her debut album, Untamed, and three years after the release of her bold and powerful single, “Diane,” Cam has released her highly anticipated sophomore album, The Otherside. The suspense for this project has been building since late 2018, and Cam tells us that the album we’re seeing today has the same foundation as the album we were expecting before she changed labels. “It’s been more adding songs, the more recent ones are Classic and Girl Like Me. It wasn’t too different. We still kind of tweaked and tinkered and had room for those other ones to jump on, but I think they just kind of evolved a little bit in the way that the more you sit with something. You just keep getting better at it and getting it more and more refined, too. Also I take my time anyways, so part of it was the way that it all needed to shake out to line everything up for the release.”

She’s been candid in the last few years that it was important for her music to find the right home, and it’s evident from how she talks about this album that the process she went through to get here helped shape the final product as well. This album is made up of songs that she wrote with other people in her mind, as well as songs that she wrote to process her own emotions. She says, “Diane was written for someone else and What Goodbye Means is for someone, and they’re for people close to me. So I’m understanding what they’re understanding. And then for me personally, Otherside is incredibly important for what I went through in this last five years, professionally and same thing with Girl Like Me…I had to fall back in love with the music business after things didn’t match up to how I thought it was gonna go. And that was, you know, when your illusions of how the world’s supposed to be a Disney movie doesn’t match up. What are you gonna do, like live the rest of your life brokenhearted? Are you gonna find a way? You chose to be here. How are you going to keep moving forward as yourself in an imperfect world.”

The album also includes a few songs that were written by other artists with whom she has built a strong relationship throughout her career. She describes it as “getting to meet some of my musical neighbors”. She tells us that while she usually writes most of her own songs, the friendships that she has built with artists like Harry Styles, Sam Smith, and Tim “Avicii” Bergling allow for songs that they have written to still feel very personal to her. She says “There’s an especially wonderful responsibility of making sure it sounds like me, but also that I’m doing them justice.” For Cam, part of honoring the songwriters means keeping the tracks very true to their original vision. “The original demo [for Changes] that I heard from Harry with Lori McKenna, singing it and him singing backgrounds and whistling like I wanted to keep that spirit in there. So that’s still Harry Styles whistling. The guitar sounds very similar to how the original guitar sounded. Happier for You, those bells coming in the beginning, that was all there in the original. I love that whole atmosphere that was created, that Sam wanted. And when you’re hearing this song and the Avicii track like he’s such a perfectionist, he was such an incredible visionary like I had so much to live up to that song took a long time to get right, because I was trying so hard to make sure it pushed boundaries, like he would push boundaries. He didn’t seem like he thought about what other people wanted when he made music that he made exactly what he wanted to make, which was just so freeing. I felt like those, those were my little North Stars that I was trying to hit because I knew I trusted where they were coming from. I wanted to keep that spirit in it.”

For this album, she also tells us about how the collection works together: “I think each song wasn’t about trying to say I have a sound and all these songs fit into my sound, it’s more each of these stories deserves the exact production that supports that story. The vocals are telling it, and they’re out front. And then you have, you know, usually an acoustic element. That is either the stacked guitars on Diane or this sort of like, really present acoustic in Changes. It’s very intimate and they all are. I’m trying to speak the language, the language of music with the help of you know, Tyler, Jeff, Jack, and Doug. and just we’re trying to say it. Like there’s a thesis statement, and I’m trying to say it through the music too. So that whatever it is that the magic potion that music is that really hits you in your heart. Even though it’s not the exact same story as you, for some reason, if it comes together in the right way, and I put it together with the right colors, it grabs you, and it lets you hear your story in it too.”

Another standout track on this album, “Like a Movie,” is an all-encompassing experience through both its music and lyrics. She shares the process of creating this masterpiece, saying “That song specifically, was just so wonderful to go in. David Campbell is an incredible arranger. He does strings for lots of music and films. And I remember we just told him you know, we went into the Capitol building in LA, where they used to film a lot of those accompanying orchestral moments, for like, Frank Sinatra or whoever. So we went in and said, we want to do an arrangement that feels like one of those throwback 1950s romantic movies, with the tension in the poll, and he was like, I know exactly what you’re saying and he did, because he came and just brought in such a, I mean, you can’t help it almost like want to sigh at that moment because it’s so sweet.” This immersive style is reminiscent of the album experience that Eric Church creates. This is no coincidence; between her opening spot at his Red Rocks performance and his guest appearance at her Ryman Auditorium show, the two have built a strong relationship. She shares, “I think of when I’m doing albums about the ups and downs…trying to make sure the flow has, you know, the bigger moments and the smaller moments I look at his album. I love Chief, Desperate Man like I love all of these albums are artistically so inspiring for me. He is just a huge supporter to authentic things or he’ll just text me about like, you know, Diane or Till There’s Nothing Left and how he loves them and it means so much to me.” 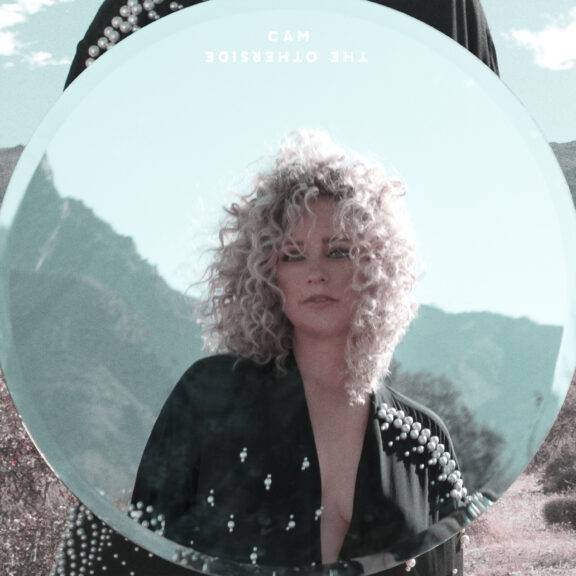 The image she creates with her music doesn’t just stop with the music and lyrics. Similar to the way she used a lemon to convey a message on the album cover of Untamed, Cam uses a mirror on The Otherside to add to the story of this album. She explains the imagery further: “It’s a mirror on the front. So actually, the photo of me through this mirror… I’m the one holding the mirror. There’s a photo of me holding the mirror and there’s a photo of me in the mirror and they’re combined. So what you’re seeing is me holding a mirror reflection of myself to look back at it. I live for a lot of things that probably aren’t super obvious, but to me, it’s like a lot of what my music is about is pulling things from the subconscious. Getting them out in a way that only music seems to open a door for me. So I bring them up and heal them and put them into stories and bring them to light. All of that is me trying to see myself for who I really am.” She elaborates further, “I think understanding myself is like the first step in this process— not romanticizing not being critical— just like seeing myself. And so, me holding this mirror is sort of like this representation of me looking at myself, and trying to figure all this out, you know, in my own awareness. So that’s kind of what the past five years have been really dedicated to, in professional life and my personal life. It sounds really simple to understand yourself, but it’s definitely not.”

She is very clearly a storyteller at heart, but she emphasized that music allows for her to tell stories in a deeper way. “I think the songwriting is more poetic, I think it’s a little more nebulous. Talking about music is like dancing about architecture. Music is just a different language, it’s a different way to connect with each other. It’s different colors. Language is just a way. It’s much more mathematical. I don’t know if language is like chopping things up into pieces, and then rearranging them and giving them back to everybody, but music is just deeper. It’s just like, waves or something. It’s like, you’re moving people in just a totally different capacity.”

Check out the project HERE