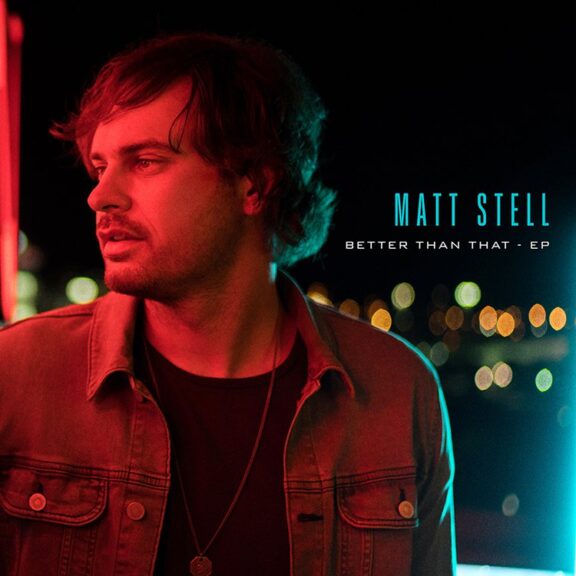 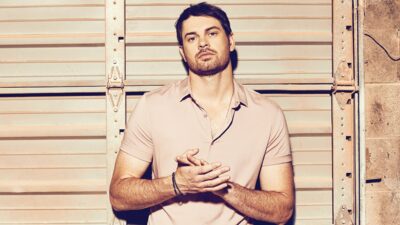 With over 340 Million cumulative streams across his catalog to date and a Top 10 and climbing single “Everywhere But On,” Platinum artist Matt Stell is having a banner 2020.  Stell kicked off the year with a performance on “Good Morning America,” leading into his first headlining tour. He started  Penned Up – his hugely successful 8-week Instagram-live series, was the first-ever artist to receive a virtual plaque from the RIAA for his Platinum break-through debut single, “ Prayed For You,” and performed the National anthem for a NASCAR Cup Series Race. Matt was also featured on “Over Yonder,” a collaboration with viral sensation and Christian rapper Lathan Warlick, which powerfully blends hip hop patriotism with a call for unity.

Now, he’s gearing up to release his Better Than That EP on October 16th.  Co-produced by Stell with Ash Bowers, the EP features 8 tracks, 5 of which he wrote, including his multi-week No.1 “Prayed For You,” and the current single “Everywhere But On.” The EP also includes the recently released “ If I Was A Bar,” and its innovative music video filmed during quarantine, where Matt played all 13 characters.

“I think the silver lining to quarantine and being off of the road is that I’ve been able to focus on writing and becoming more creative,” says Stell. “I’m really proud of these new songs, so it’s exciting to finally get them out to the fans.”

In 2019, Matt’s multi-week No. 1 Platinum-certified hit, “Prayed For You” made him the ONLY debut artist single to top the Billboard Country Airplay chart that year (for two consecutive weeks), also notching the top spot in Country Aircheck/Mediabase.  The highly acclaimed smash, written by Stell with Ash Bowers and Allison Veltz Cruz, has accumulated more than 270 million streams worldwide.
The 6’7 Arkansas native has come a long way from playing college basketball for Drury University and making the choice to head to Nashville instead of Cambridge, MA where he was accepted into Harvard University’s Extension School Pre-Med program. Following his dream of writing and performing, the self-taught vocalist and guitar-player made the move to Music City in 2014, landing a publishing and management deal with Wide Open Music and a record deal with music industry powerhouse Barry Weiss’ RECORDS Nashville/Arista Nashville. Stell has received “Ones To Watch” shout-outs from multiple partners, including Vevo DSCVR, MusicRow’s  Next Big Thing, CMT Discovery Artist, YouTube Music Artist on the Rise and more.

BETTER THAN THAT EP TRACK LISTING
Produced by Ash Bowers and Matt Stell
1.       Everywhere But On – written by Matt Stell, Paul Sikes, and Lance Miller
2.       If I Was A Bar – written by Dan Isbell, Zack Kale, and Jonathan Singleton
3.       Prayed for you – written by Matt Stell, Ash Bowers,and Allison Veltz
4.       Better Than That - written by Matt Stell, Joe Fox, and Phil Barton
5.       I Love You Too – written by Matt Stell, Seth Alley, and Ryan Peterson
6.       Sadie – written by Nate Cyphert, Sam Roman, Parrish Warrington, and Diederik van Elsas
7.       Chase it Down – written by Matt Stell, Jarrod Ingram, Blake Hubbard, and Brian Maher
8.       Look at Me Now – written by Joe Fox, Seth Ennis, and Thomas Finchum
According to critics, that creativity has certainly been evident through his recent releases, which appear on Better Than That:
Stell is firing on all cylinders— the Arkansas native has already amassed over 340 Million cumulative streams across his catalog worldwide.  He was also recently featured on “Over Yonder,” a collaboration with viral sensation and Christian rapper Lathan Warlick, which, in a time of uncertainty and civil unrest, offers positivity and hope towards coming together.
Make sure you pre-order Matt’s new EP coming out October 16th – you’re not gonna wanna miss this!!!
STAY ROWDY!
https://ms.lnk.to/BTTEPAW/spotify
Keep up with Matt:
Website/Twitter/Instagram/Facebook/Youtube