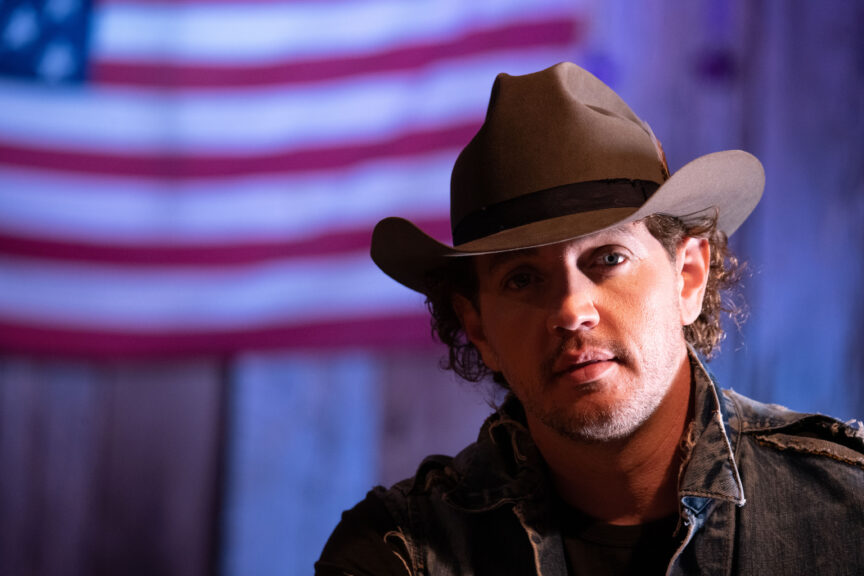 The best way that I can personally describe Jeremy McComb is as a true music man. I was able to connect with the 6th generation musician and Idaho native recently to discuss his background, journey, and his new single, “Cotton’s Gettin’ High,” that dropped on 9/25. With a less than traditional path, McComb has a unique background that has ultimately shaped him into the multifaceted artist that he is today. Growing up in a musical family, he had early exposure to the art of performing and can recall being just 5 years old and sleeping behind amps in local clubs throughout the Northwest as his parents performed in the band CrossFire. It was watching his father control crowds and knowing just when to bring them up or let them down that hooked him early on.

As McComb grew up it was his enthrallment with storytelling and storytellers that began to shape his individual style. From old-folk to southern rock to singer-songwriter, McComb began to build his own tone from the likings of all different forms of music and musicians. At 16 years old, he started playing at a prominent northwest honky-tonk bar in Northern Idaho called Kelly’s. It was at Kelly’s where he would first meet the not-yet-musical comedy superstar, Larry the Cable Guy. At this time, Larry was just a mere opener also performing at Kelly’s. The two quickly hit it off and started writing and doing some shows together. This partnership would ultimately turn into years on the road, a Grammy nomination, and the path to McComb’s first record deal. 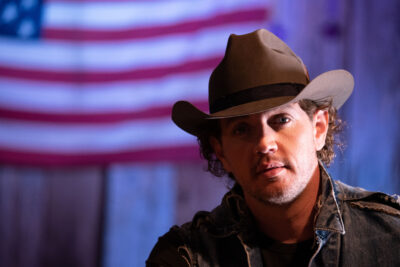 After being on the road for four years working as Larry The Cable Guy’s tour manager and receiving a Grammy nomination for the Blue Collar Comedy Tour, McComb signed a record deal with Warner Brothers and had his eyes set on a solo music career. McComb saw success after his signing with the radio release of a song we all know and love – “Wagon Wheel.” McComb was actually the first artist to release this cultural hymn to radio back in 2008. McComb would go on to release two more singles with Warner Brothers before taking his talents back on the road independently.

Despite having success with his record deal, McComb describes feeling the most at home when he is just playing the music he loves in front of the crowd, so that is what he did. McComb said, “I just went and got back into a pickup and started touring incessantly for 250 days a year.” He went on to do this for about the next decade, and made a pact with himself that he would continue to stay independent unless a record deal came around that was just a perfect fit. Lo and behold, McComb ended up finding that perfect fit this year when he signed with Average Joes Entertainment. He cites the team of people at Average Joes as the reason for deciding to walk away from the independent road he has traveled for the last decade. “Once I got to meet their team and the way they do things and their mindset, it fit into exactly what I already do,” said McComb. With a new outlook and being surrounded by a new team that fits perfectly in to his vision, it only makes sense that we get some new music.

“Cotton’s Gettin’ High” was written by Luke Laird, Josh Osbourne, and Shane McAnally. McComb first heard this rocking redneck jam almost four years ago and fell in love with it, saying it brings him back to his youth in the mountains of Northern Idaho. “It just really took me back to those plastic cup bonfire parties out in the middle of nowhere,” McComb stated. After playing this song live for a little while and getting a monstrous reaction, he knew it was time to record it. In regards to the all-star writing cast, McComb emphasizes that “I really hope that through this I get the chance to hang with all three of them (Osbourne, Laird and McAnally) because they’re just so amazing.” Along with his single, McComb has an album eyed up for later this year that he describes as, “My favorite songs I’ve ever written.”

Overall, Jeremy McComb is a true, authentic artist whose talent and drive is bred by his pure passion for the art. With years of unique experience in multiple facets of the entertainment, radio, and music industry, he is able to bring a unique perspective to his work and career. In a world where division is often emphasized, McComb’s music puts a focus on connecting and bringing people together. Give him a follow on his socials below and be sure to check out “Cotton’s Gettin’ High”.