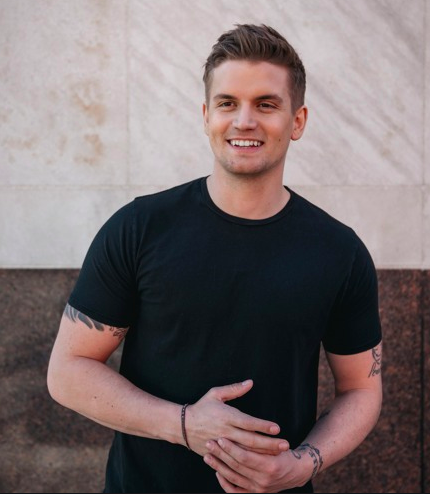 Get to Know a Little Bit About Levi Hummon (Interview) 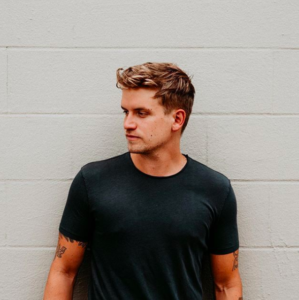 “‘Good Taste’ was actually one of the first songs I wrote during quarantine over Zoom.” Levi said. “We started with this iconic guitar riff in the intro that hooked me in immediately and this idea that ‘you can’t say I don’t have good taste if I got me a girl like you.’ Everything about the song is fun!”

Produced by Eric Arjes, the dynamic track uses catchy and clever lyricism that pairs perfectly with Levi’s smooth vocals. The release of “Good Taste” follows a series of successful releases this past year, including Levi’s breakout single “Wedding Dress” which has racked up nearly 7 million streams on Spotify. The Nashville native also appears as a co-writer on “Not From California,” a track off Tim McGraw’s forthcoming album Here On Earth. With over 50 million total streams on Spotify alone, Hummon has proven himself to be the independent juggernaut of the streaming era. Levi was named the face of Amazon Music’s official “Introducing: Country” playlist along with the cover of Spotify’s “Hot Country” playlist. His songs have been heard on Spotify’s “New Music Friday” Playlist, “New Boots”, “Hot Country”, “Wild Country”, “Next from Nashville”, and many more, along with support from Pandora and Apple Music. Levi continues to forge his own path in Music City, all while staying true to the genre roots that have preceded him.

-I had the pleasure of sitting down and getting to know Levi while he was on vacation in an exclusive interview for Raised Rowdy.

Taylor (Raised Rowdy): So you had six singles released this year which is crazy. Considering what kind of year we’ve had already. I mean technically seven if we’re counting the piano version of “Wedding Dress”. What made you want to release these songs, one by one instead of, kind of like an, an EP or an album type style?

Levi: “I recorded 3 cover songs “Fast Car”, “The Story”, and I had them in my back pocket and since we weren’t on tour anymore I just wanted to put these out. I also wanted to show the fans a side of me – like the side that I grew up listening to these songs and the ones my dad played on guitar. I just thought it would be cool to release to the fans and give people some good content. During COVID I have been writing like crazy – like 3 to 4 times a weeks on ZOOM.. Which is now a trigger word for me. I actually recorded “Good Taste” and “Rock and Roses” during COVID. I am excited for all this craziness to end and finally play these live. But I like putting songs out one by one so fans can get a feel for it instead of kinda being looked over on an album.”

Taylor (Raised Rowdy): Speaking of writing songs obviously you write a lot of your songs. What do you think makes a good songwriting partner?

Levi: “I feel like I bring a lot to the table as an artist. I can touch on lyrics, I can touch on melodies, titles. But lately for me it’s someone who is just super quirky, and a great lyricist is what I always request in a co-write. Lyrics are definitely what I look for for me. But I think what I often do is just a person that loves music and kind of take a risk on a song.”

Taylor (Raised Rowdy): Who would you say, obviously, other than your Dad (GRAMMY award-winning, singer/songwriter Marcus Hummon), do you model your career after?

Levi: “I look at artists that are able to tour, anybody like a Kenny Chesney to Sam Hunt. All these guys – just incredible touring artists, and they build their careers from the ground up. Dan and Shay are another one. Like I remember opening up for them in front of 200 people in this crappy carnival in Louisiana and then I go to open for them like two years ago in this ballroom with a 3,000 cap. and right before COVID I got to see them play at Bridgestone Arena and to watch that was pretty incredible.”

Taylor (Raised Rowdy): We already talked about like kind of the craziness in with COVID quarantining all that kind of stuff. So how did you attempt or try to connect to your fans when all this was kind of going on.

Levi: “If you put it in perspective, I’ve released 7 songs. That’s my way of kind of connecting with fans and making sure there’s always a stream of content that they feel like they can relate to and not just falling off the map and disappearing into a COVID hole. But I try to stay active and engage with them. I started doing a lot of Instagram lives but I feel like those just got oversaturated. Also, I did this before COVID but I still try to respond to every comment or question and try to be as available as I can for fans. I’m just a regular dude so I just try to be there for them.”

Taylor (Raised Rowdy): I am a big Nashville fan and I know you’re a Nashville native. I’ve been there a good amount of times already, but where do you think is a hot spot that I need to go to or where your fans should be going in Nashville.

Levi: “Ahh. wow. I am a huge lifestyle person, I love the food in Nashville. Urban Grub for me is one of my all time favorite restaurants. It has the best food in Nashville for brunch. Bastion and Flamingo are also pretty incredible.. If you want towards Broadway – just walk down there and I am sure you will find something you like.”

Taylor (Raised Rowdy): What do you do when you are not on the road?

Levi: “My puppy – Loretta Lynn. She is a COVID puppy, I got her during COVID. So, playing with her. Taking her to the dog parks – she went for the first time the other day. Staying outside, going to the beach, trying to stay as active as I can. I kinda just picked up golfing, and learning how to cook and grill.”

Taylor (Raised Rowdy): What can we look forward to seeing from you in the near future?

Levi: I might have a little EP I’m working on right now. Actually a bunch of new music coming out soon so keep a look out for that.


You can listen to Levi on all streaming platforms.

Keep up with Levi Hummon: