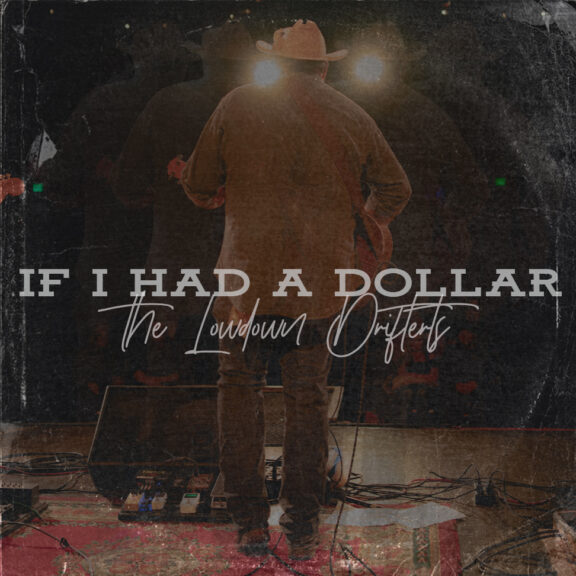 Since we premiered their single “Alright” back in May, The Lowdown Drifters (Ryan Klein, Darin Jones on lead guitar, Richard Williams in the rhythm section, and lead singer “Big” John Cannon) have been releasing a series of new songs. In contrast to the swagger and funk of their June release “Hammer Down”, the Drifters’ newest single “If I Had a Dollar” shows the softer, more reflective side of a hard-living wanderer. Written solely by Cannon, it’s a long, hard look in the mirror that speaks to those of us who have a habit of running from failure.

Opening with a line that’s more of a “what-if” than a wish, “If I Had a Dollar” places a stark focus on the lyrics as it rolls through a catalog of personal vices and realizations. The “motorcycles, strippers, taking pills, and all that good cocaine” of which Cannon sings were, in the past, simply a distraction from owning up to mistakes. Weaving these and other examples through the verses as a sort of hedonistic scaffolding, Cannon and the Drifters’ new single builds a path to the growth that comes from learning how to accept blame: “I could blame it on the whiskey, but in the end, what difference would it make?”

The Drifters skillfully adapt their sound to whatever each individual song needs to convey. In this case, the understated musical backing sets the stage for Cannon’s powerful voice and the coarse, organic feel it has to it; much like the song itself, the vocals are vulnerable with an edge, both tender and rugged. This contrast is one of the things that the Washington-based group handles exceedingly well, as they also walked a similar line between emotion and stoicism in “Alright”. It’s an area where the Drifters truly shine, and sets an interesting trajectory for their upcoming releases.

In the end, listeners are lucky that the Lowdown Drifters don’t have a dollar for everything that they’ve done wrong if the opening lines of the single are true: “If I had a dollar for everything that I’ve done wrong/I’d have so much money I’d never write one more sad song.” Songs like “If I Had a Dollar” can take sadness, regrets, and struggles and turn them into something that can change someone’s perspective on their own life, and for that, we’re all grateful.