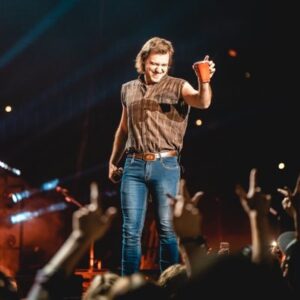 We asked for it, we prayed for it, we NEEDED it… and we GOT IT. Morgan Wallen finally released his HIGHLY anticipated single that he’s been teasing for what seems like years…”7 Summers” today.

Wallen gave us a first glimpse of “7 Summers” back in April when Jake Owen nominated him for the #DemoChallenge. Wallen admitted that he was “somewhat on the fence about putting this one on my next record” when he posted “7 Summers,” but fans have begged to hear more ever since. He teased the song again in July, tweeting that fans wanted him to drop the new music.

Wallen announced on his TikTok responding to one of his fans for the announcement on the release date. The fan threw herself on the bed and looked out her window as a snippet of the song played in the background. She captioned the video, “me trying to be patient waiting for morgan wallen to release this song.” On the other side of the screen, Wallen held up a sign, revealing that the full song would be released on Aug. 14.

Sometimes I guess you guys get what you ask for… 8/14 #7Summers pic.twitter.com/LmpZCmivw8

“7 Summers” seems to be a song about a long lost love and Wallen’s hometown, according to the lyrics.

“Probably got a big ol’ diamond on your hand right now / Maybe a baby or a couple by now / Long driveway to a big white house / But I wonder when you’re drinking if you / find yourself thinking about / that boy from East Tennessee.”

With “More Than My Hometown”, and now “7 Summers” being released and Morgan teasing us with his demos on his Instagram of unreleased music, might be an inkling to a sophomore album coming soon – which I pray that it is – it’s certainly going to be one for the books. Considering If I Know Me has been on the Billboard charts for a record breaking 114 weeks and still surfacing at number 1 the last two weeks.