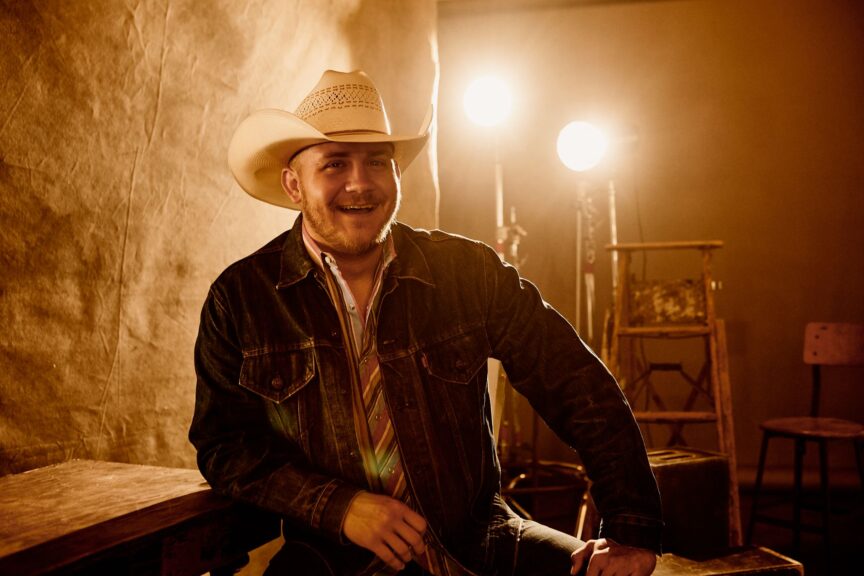 LINK TO ALL YOUR FAVORITE STREAMING PLATFORMS

Drew Parker certainly started lock-down on a high note. Not only did he celebrate his first number one single on country radio with Jake Owen’s Homemade, two days later he became a dad for the first time. “To be honest if there is a single writer or artist in the world that could find a silver lining in the middle of a world wide pandemic and quarantine it’s me. March 22nd we celebrated my very first #1 as a songwriter with ‘Homemade’ and then on March 24th me and my wife welcomed our perfect little girl, Harley Greer into the world. So just getting to spend time with my wife and daughter has been awesome. Had there been no pandemic, I would’ve been gone for a few weeks straight away from them over the last few months. So I honestly cannot complain. I do miss playing shows terribly and can’t wait to get back out on the road and see everybody and share the new music with them, but until then I’ll be sitting here drinking a beer with my mask on” he shares.

Fast forward to a Facebook Live last week when Parker announced that he would be releasing a song that is lovingly referred to as the BP PBR song by his fans. Of this latest single, he says, “’While You’re Gone’ is one of my most favorite songs I’ve ever written. I like to think that I have a good sense of humor, but at the same time I love to write a good heart break song. To me this song has both of those elements in it. The guy in this song basically convinces himself that this girl is coming back and that he’s just gonna stay where he’s at until she gets back. But then she never comes back. It’s funny and sad at the same time.” Fans of Parker’s other music will recognize the duel sides of heart break and humor from his existing catalog. He tells us, “I think if you can’t laugh, you can’t do anything. I love to laugh, love humor. But at the same time, I think we’ve all been into situations where, you know, humor doesn’t always help and you want to to hear something sad, something truly from the heart. So I think, as songwriters, we tap into those parts of our brain and parts of our heart to just really get those emotions out. A lot of times there might be a song that I wrote today or that I wrote yesterday, but I’m writing about a situation that happened to me 10 years ago, maybe. It’s almost a way to vent about situations sometimes in songs and to relieve those emotions… a heart song or whatever it is.”

He credits his style of writing to both when and where he grew up. Parker tells us, “Georgia has always produced great country music, and just music in general, just but I grew up on Alan Jackson, who is from Newnan, Georgia and Travis Tritt, who is from Marietta, Georgia. All those guys just influenced me tremendously in the, you know, the music that I grew up on in the 90s. I think I’ve seen a lot of that firsthand. And then, you know, it’s always had like a grassroots scene in Georgia. Growing up, I remember, you’d go to festivals or whatever and there would be just kind of local country music talent. I think those things kind of, you know, rub off on kids growing up there and it was good for me. I think that influenced me a lot. I got to be exposed to those kind of things and, and got to see the possibility of, you know, making a career out of music.” Some of the fellow artists he mentioned knowing while in Georgia were Jordan Rager, Jon Langston and Cole Taylor “A lot of us were, you know, kind of in the same scene, as far as Athens and making goes and, and all that kind of thing and when I decided to move to Nashville, almost five years ago, those guys were here. So it was, it was really cool. And you know, I didn’t know them really well, but we all knew of each other. And so, moving here and just knowing some of those guys moving here.”

There is one fellow Georgia artist that he didn’t know from back home though, his now frequent collaborator, Ray Fulcher. “He’s my go to songwriter. If I have a song idea that I want to write immediately I call him…I love writing songs with him. We, we kind of grew up in the same in the same part of Georgia. He grew up about an hour and a half from me. I knew him but I didn’t know him before I moved to Nashville. I got to know him as I was coming back and forth. And write songs with him. It’s been great getting to watch his his career take off to his songwriter and as an artist. I’m all these guys biggest fans.”

This introduction happened through their mutual friend, Luke Combs. “Luke is one of my best friends in the entire world. He’s been instrumental in my career. Five and a half years ago. He’s a guy that convinced me to move to Nashville. We had met at a small club in North Georgia. He was playing a show and I was opening up for him. We had never met before. We hit it off, started writing. I drove up to Nashville during the week and write songs with him and Ray, and we just hit it off became buddies. Finally him and Ray convinced me to move to Nashville. So I did and he’s just been really good to me. He’s been a good friend, and I appreciate him, giving me opportunity to be out there.” Parker also credits his signature road shoes to his friendship with Combs when he shares a quick story that showcases his sense of humor. “Basically, thanks to my buddy, Luke. He got his crocs out there. I’ve been wearing those just about everywhere. It’s so funny because I see people out in public and… they’ll be like, ‘Are you are you Luke combs fan?’ And I’ll be like, ‘Yeah, I’ve heard of him.’”

Drew Parker is set to reprise his opening spot for Luke Combs on select dates on the recently rescheduled What You See Is What You Get Tour in 2021. His new single “While You’re Gone” is available wherever you buy and stream music.