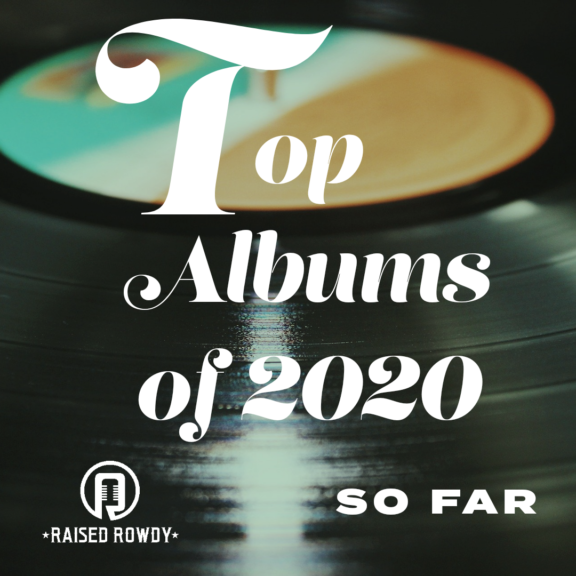 Here is a list of the albums that have moved us the most here in 2020.  It’s been a strange year for artists and fans alike, and music is one of the things that has the ability to truly heal and take us from the bottom of ourselves and hoist spirits upward. So let us thank each of these artists for giving us exactly what we need – songs to live our lives to.

Check out our favorite albums of 2020 so far. 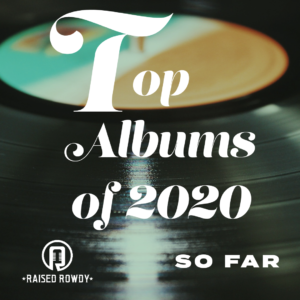 My favorite album of 2020 so far. Ashley McBryde took the success from her album Girl Going Nowhere and did not let her foot off the gas.  Another brilliantly produced album by Jay Joyce with Ashley’s Band Dead Horse used in the recording room, you truly get a picture of who Ashley is as an artist on this one.  From the heart-wrenching songs that Ashley is known for, to the playful ditty Styrofoam, Ashley spreads her wings and soars. This album cements her as one of the top artists in the genre.  There is no ceiling now. It’s great to hear Ashley’s music carving out a deep groove and catapulting Ashley to traditionally rooted yet groundbreaking country mainstay. – Nick

With a “what you see is what you get” persona, Ashley McBryde absolutely killed her latest album release, Never Will earlier this year. Ashley has the ability to win over the fans with her “tells it like it is”, empowering, unapologetically her attitude. The album opens up with the up-tempo anthem of encouragement, “Hang in There Girl”, following with my personal favorite, “One Night Standards”. I can’t lie when I say this is on repeat in my car 24/7. It’s such a raw cut, and the fact that she doesn’t sugar coat how it really is from a woman’s perspective at a one-night stand, is what makes her that more lovable. The heartfelt “Sparrow,” meanwhile, will resonate with anyone missing home, and the heartbreaking “Stone” was born from the hurt McBryde felt — but hadn’t yet processed — following her brother’s suicide. Like “Stone,” “Shut Up Sheila” harnesses the anger, hurt, and pain McBryde felt after her brother’s death — but the anger, hurt, and pain she felt toward others who disagreed with the ways she was processing her loss. In the song, it’s the protagonist’s grandmother who’s dying, and Sheila’s taken things one step too far.

‘Voo Doo” hit us with a pained thought of an ex’s new love that she senses physically, as though the new woman is a voodoo doll.

“I keep smellin’ cigarettes / Feel that pretty black dress slippin’ off her back,” McBryde shrieks in the chorus. “Those lips on her neck, needles in my chest / Ooh, she’s makin’ my skin crawl / You got yourself a voodoo doll.”

Questionable understanding of the law aside, “Martha Divine” is one of country music’s catchiest revenge songs, period. It’s a melodic look at the real emotions a teenage McBryde felt about her father’s girlfriends.

Whether you like it or not, Ashley lays out the truth with everything she does. She’s the real deal and this girl is definitely going somewhere. Join the TRYBE.- Taylor

Chris Colston most definitely dropped us a bomb with his new album Bombs Away. This album takes us back to our first dirt road memories and gives us the moving on confidence we didn’t know we needed. – Heather

Radio ready hooks and serious melodies are exactly what you get from Colston, and a little something for everyone with a mix of that Nashville sound while keeping his feet planted firmly in the Texas dirt.  Colston is a star in the making. – Nick

Four of the most talented songwriters and performers in not only Texas, but in Country music in general came together to form The Panhandlers. They blended their songwriting prowess on their self-titled album to give us insight into the flatland lifestyle with no filters. A little bit of love and panhandling, with a whole lot of west Texas in my eye. -Heather

A Raised Rowdy favorite from track 1 to track 16, the TC3 Boys take you on a fuzzy bluesy country melting pot that only they could express. Jaren’s distinct voice, Neil’s hard hitting drums and Kelby’s iconic fuzz will have you grooving along wishing there were even more tracks. The boys have been growing their sound and expressing where they are in their lives with each track, with songs talking about party driven times, to tracks that tell bits of the story of where the world is right now.  Each of the fellas’ tracks press forward as only The Cadillac Three can and add even more ammo to their groundbreaking live show. – Nick

Rob Snyder- The Way That I Am

Honesty and not being afraid to explore topics that others in Country music shy away from are the hallmarks of Rob Snyder’s album. The project takes you on a ride of what has been the life of a man armed with emotional ups and downs filtered through the soul of a man that feels more than you know.  With standout tracks like “Dream”, “OId Habits” and “The Way That I Am” Rob puts his heart on his sleeve for all to see. Sometimes males in the Country genre are afraid to bear their heart, but Rob and his album are definitely not and that is what makes it so special. – Nick

Country Shade is one of those albums that just has that Sunday morning feeling. I love its laid-back sound, especially paired with Baumann’s style of down-to-earth reflection and the variety of songs on there. It has a nice, balanced flow to it that lets you settle in as Baumann takes a look at the inevitable nature of change in our lives, while pointing out the bright side that can often be found if you know where to look. – Stacie

Gabe did not rest on the laurels of his critically acclaimed album farmland when making Honky Tonk Hell. Where farmland leaned heavily on poetic lyrics and simple instrumentation, Honky Tonk Hell takes us on a ride that leans a lot more on Southern rock and Gabe’s other musical influences while still keeping the gritty lyrics that Gabe has become known for.  Gabe really can do it all and this album helps prove that. – Nick

Hailey Whitters’ The Dream is exactly as its name promises. This album showcases songwriting at its absolute best. She moves back and forth between stories of heartbreak and hopefulness effortlessly in a way that truly honors the album format. Her deep understanding of arrangement is further emphasized in the placement of “Ten Year Town” and “Living the Dream” as natural bookends. This work has many flavor notes that are reminiscent of other immensely talented female songwriters, including Miranda Lambert, Kacey Musgraves, Lori McKenna (who appears on the album as a co-writer) and Joni Mitchell. Truly this album is a dream worth chasing. – Katie

Jason Isbell and The 400 Unit- Reunions

What more can you really say about Jason Isbell and the 400 Unit at this point? Reunions is yet another example of how Isbell can be regarded as a gold standard in songwriting. The raw edge to his voice works so well with the stories he tells, while the 400 Unit lends a level of sophistication that – paired with Dave Cobb’s production – elevates each song to its highest possible form. The ten songs feel familiar, and many have the air of a memory that’s just beyond your grasp, speaking to Isbell’s ability to capture thoughts and emotions that linger just below the surface of who we are as people. – Stacie

Kip Moore is never one to rush into making and releasing music just to appease the masses. Every lyric, every title, and every song is well thought out and reflects the heart and soul of who he is and what he feels. Kip’s authenticity anchors his fans to his work and keeps them on the edge of their seats for what’s to come. The anticipation of his fourth studio album, Wild World was no different. It’s honest, it’s in-your-face, it’s emotionally rich, and fans were more than eager for the drop.  Kip penned all but one track with writers that contributed to many of his other songs: Luke Dick, Westin Davis, Dan Couch and a few more. These songs cover a wide range of topics and collectively offer a little bit for everyone – slow love songs, hard hitting anthems, and a vulnerable take on the reality of life’s challenges. The album is solid and indisputably earned a spot on our top albums of 2020! -Sara