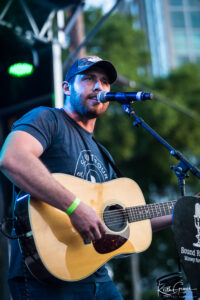 Sea Gayle recording artist Jordan Fletcher just released his new LYRIC video for his new baby makin’ tune “Me On”. The video was nicely done by Bo Ibbotson a couple weeks back.

“Bo put the video together, we strapped a camera to the front of my Tundra and just did some laps around town. Bo did a great job with all the neon, figured it’d be cool play on the hook of the song”, Fletcher tells the Rowdy Gang.

The chorus KILLS us every.single.time, and we can honestly say it’s on constant replay in the car.

Cuz if you want, just say the word and we’ll be gone.
Right up the road it won’t take long,
Slipping you out of this neon,
Till you got nothing but me on.

We awaited his release of “Me On” for what feels like forever, and now that we have the lyric video, it makes us want more and more from Jordan.

“Me On has been a long time coming. It’s one of my favorite songs I’ve gotten to be a part of and it’s the first single of a new six song project that’ll be released throughout the rest of the year. I’m so stoked for everyone to hear it.”

Whether he’s writing new music or performing, whatever it is we are here for it. Keep an eye out for this soon to be household name.

Keep up with Jordan: