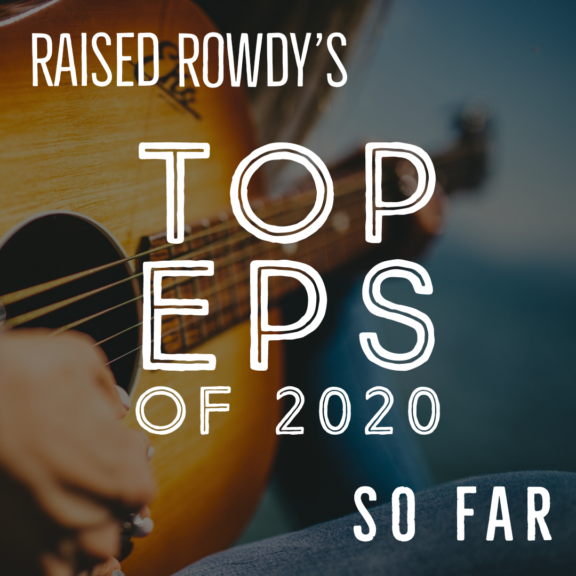 Here is a list of the EPs (at least 4 tracks) that have moved us the most in 2020.  A strange year for artists and fans alike, music is one of the things that has the ability to truly heal and take us from the bottom of ourselves and hoist spirits upward. So let us thank each of these artists for giving us exactly what we need – songs to live our lives to. 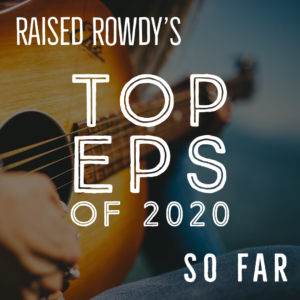 Five years after her debut, Cam releases a new EP, Classic, that was absolutely worth the wait. The title track stays true to her signature brand of all things yellow with a bubbly and high energy hook. The remaining tracks are heartfelt and cover a lot of ground. She touches on homesickness, yearning, and guilt with beautifully powerful vocals and lyrics. The harmonies on this album give it a three dimensional quality that allows the listener to immerse themselves inside each track. This album is special, with strong elements of honesty and realness. Along with the release of the EP, Cam announced her next album The Otherside which is due for an October release. If the remaining tracks carry over even half of the magic she has already created with Classic, we are truly in for a treat.

It really is a head-shaker that Carlton is not one of the most spun artists in Country music radio right now. If born in a different decade that would most assuredly have been the case. His Texas roots show prominently on his newest EP. “Yours”, with it’s simple lyrics but clever wordplay sounds like a #1 single, and each of the other 3 tracks cast a cowboy-worthy soundtrack that many singers will find enviable. Carlton’s voice, songwriting, and the exact right amount of classic instrumentation really lets the songs breathe, and what a breath of fresh western air it is. – Nick

Chris Bandi’s self titled debut EP is masterfully put together. It offers dimension and versatility with both easy listening party songs and ballads that are as raw as a nerve. There is a kinetic energy to it that captures the feeling of the live music we’ve all been missing. This EP is full of high points, and while each individual song stands on its own merit, it builds momentum when listening to the songs as an album. It is a full throttle, no brakes experience. With simultaneous qualities of roughness and smoothness to Bandi’s voice, he has a unique and instantly palatable sound. This accompanies robust and powerful lyrics that reward a return listener. It’s no coincidence that Bandi finds himself in the company of two of the writers on this project (Alison Veltz Cruz and HARDY) who were recently rewarded for their songwriting finesse.

Talented songwriter and singer CJ Solar gave us another special project with his newest EP. Co-writing all 6 tracks, with highlights like the title track and “Watered Down Whiskey” CJ has a little something for everyone on this project. Leaning heavily on his southern roots you can hear some rock overtones with true blue Country lyrics. One of our favorites for sure.  We can’t wait for even more folks to hear CJ.

Dan Smalley’s silky vocals tell the story of who he is and what he has been through significantly better than most artists.  With reverence to Country music’s bountiful history and no punches being pulled about the fact that Dan’s redemption story had many twists and turns, we get some real insight and honest healing. We think Dan is going to have a long and successful career and this EP is the foundation on which he will build his empire. SO much more than just songs. This is Dan Smalley.  – Nick

Muscadine Bloodline is perhaps the most productive duo of quarantine, with acoustic mixes, 2 work tapes recorded on their cell phones, and a 4 song EP. Turn Back Time features a few of our favorite writers including Jordan Fletcher, Ray Fulcher, and Lainey Wilson. The EP has classic Muscadine vibes with heavy electric guitar features and pitch perfect harmonies from Gary and Charlie. Even though they’ve been consistently dropping music over the last 6 months, fans still eagerly await the next release. The boys also announced their plans to release a full length album later this year and  we can’t wait to put our ears on it.

The five songs on Pillbox Patti check out the darker side of having a good time, taking an intriguing look at vulnerability through the lens of addiction. The EP is gorgeously constructed all around; the songwriting, arrangements, and Hayford’s emotive vocals work in harmony to make the blurred nights spent in bars, conversations with strangers, and difficult questions that make up Pillbox Patti resonate on a personal level with anyone who listens to it.  – Stacie

Ray Scott’s deep vocals and relatable lyrics are what have made him last so long in the Country music world.  He is not afraid to tell his story or speak to things that have come up in his past.  He also isn’t afraid to tell you what he does or doesn’t like about the landscape of Country music.  A powerful songwriter, Ray might just have released his best collection of songs to date with this EP.  With 6 songs each reminding you why you fell in love with Ray’s music, Ray Scott is in fact Nowhere Near Done and we thank the Country music spirits above for that. – Nick

Riley Green hit us with a five-track EP of acoustic songs he recorded during the COVID-19 quarantine titled Valley Road, which was inspired by a drive he often takes through his hometown of Jacksonville, Alabama. The project includes acoustic takes on hits like “There Was This Girl” and “I Wish Grandpas Never Died,” as well as some newer tunes we heard on his Different Round Here album released in late 2019. One song that made the cut was teased on Riley’s Instagram; “Better Than Me” is a reflection on life during the pandemic, offering Riley’s perspective on how quarantine forced him to slow down and take a break. Valley Road also features Riley’s unreleased track, “If It Wasn’t for Trucks.”  Would it be a country track if we didn’t have a jam about trucks? And a damn good one at that. If there’s one thing for certain, make sure you keep your eye out for anything Riley plans on releasing here in the near future cause it’s sure to be a hell of a listen. – Taylor

Riley Green always finds a way to bring his fans exactly what they’re looking for, whether he’s on Snapchat somewhere in the middle of nowhere with his classic “we out here boys” caption, on Instagram showcasing his classic truck collection with his lab pup, or dropping an acoustic EP mid-quarantine. The EP features 5 tracks: 2 brand new and 3 previously released. The project was recorded at his house and pieced together remotely with the help of Erik Dylan and Dann Huff. Riley continues to do music his way with honest, powerful, and often controversial lyrics. Tethered to his roots, he doesn’t stray far from what he knows and believes in. His authenticity is revered by his fans and praised during live shows. While the EP came as a surprise to many, the quality and relatability of his work did not. We know Riley has been hard at work during the last few months and whatever he has lined up next is sure to be another crowd pleaser. – Sara

Styles Haury is a name that is rising fast in the Country music world with a seemingly endless list of feel good tracks that we have been rocking with for the last few years. Styles’s sound is a mix of modern Country with a tip of the cap to the stuff that made all of us fall in love with the genre in the first place.  Styles’s distinct voice and forward-driving tracks need your attention if you want to get your mind off 2020 and get some good times rolling.  That isn’t to say Styles’s brand of Country lacks substance.  Tracks like “What’s Left of Me” take a little bit of a deeper dive into the emotions a country man can feel while healing from a good heartbreak. To be honest though, we could all use a little party in 2020 and Styles and his co-writers provide exactly that for us at just the right time.