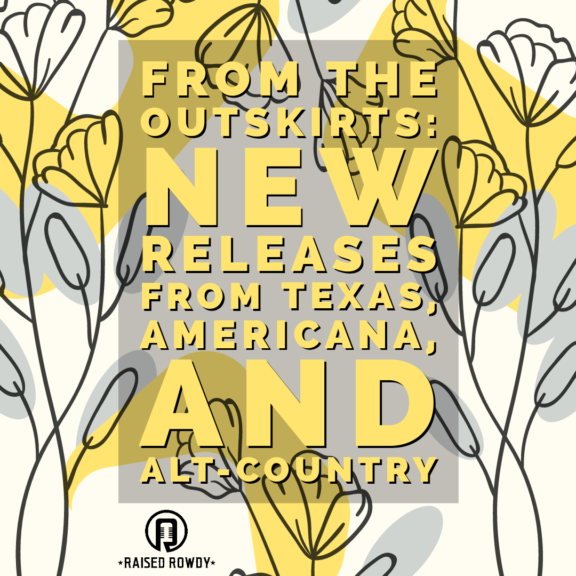 From the Outskirts: Texas, Americana, and Alt-Country New Releases 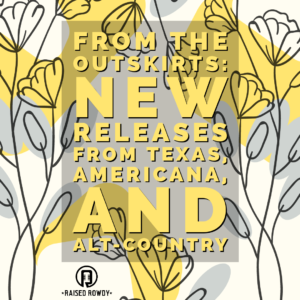 There’s too much good music coming out right now to sit down and do an in-depth review of each release, which is definitely not a bad problem to have. That being said, here’s the quick and dirty overview of a handful of recent releases that have been in my heavy rotation lately, in no particular order:

Staying true to his sweet, velvety Southern sound, Brent Cobb recently dropped the second single and title track off his next album Keep ‘Em On They Toes, which will be out on October 2. Written by Brent and Layne Cobb, the single offers some solid advice as part of Cobb’s personal life philosophy: “To try and not infiltrate the listener’s spirit’s own interpretation of ‘Keep ‘Em On They Toes,’ I’ll just say that it was initially inspired by the birth of my son. With that said, it’s a mantra that I live by. One that I hope anyone could live by. That mantra is, if it’s good for your own heart, and you got a good heart, do it. Do it whether folks see it coming or not. Live your own life. Be happy.”

I first heard Charley Crockett when I saw him as an opener for The Turnpike Troubadours back in 2017, and my initial impression is still true to this day – Crockett has one of the most consistently unique and intriguing styles out there right now. Written solely by Crockett, this track screams “spaghetti western”, as does the cinematic music video that accompanies it. He has one of those languid, timeless voices that reverberates with soul, making anything he sings sound like an instant classic. If this song and his previous single “Welcome to Hard Times” are any indicator, his album coming out at the end of this month is going to be one to keep on your radar.

Joshua Ray Walker is truly a triple threat; he’s an uncannily observant songwriter, has a singular ability to manipulate his voice, and is an absolute demon on the guitar to boot. It was like twisting an arm to try and pick a favorite track off his second full album Glad You Made It (the whole album is incredible and definitively worth the listen if you have the time), but this one had me coming back again and again. It starts off as a wallowing, drinking-away-a-breakup tune before turning into a rip-roaring, honkytonking kind of good time, complete with its very own mechanical bull.

Equal parts sultry, edgy, and gravelly, “Outlaw Blood” is a low-down brawler of a tune, and a standout track off an album with some stiff competition. Ray Wylie Hubbard enlisted legends like Pam Tillis, Ronnie Dunn, and even Ringo Starr, along with newer artists like TC3 and Larkin Poe for his album Co-Starring, which dropped on July 10.  The songwriting is classic, quirky Ray Wylie Hubbard, but Ashley McBryde inspired him to write the song (as he explains in the video below) and I love the interplay between their vocals here. This will be on repeat for a while.

The newest single off Elizabeth Cook’s upcoming album Aftermath came with a video, making it a rock-driven, post-apocalyptic, southern gothic stomp of a song. Speaking about the video on her Facebook, Cook explained “We went to New Orleans with my spacesuit, a bat, and a gas mask. We trespassed all day. It’s a quarantine travelogue.” Cook’s releases always have a certain swagger to them, and “Bones” is no different in that respect; it’s catchy, haunting, and has a driving beat that will hook you from the very beginning.

Looking at the album credits on Kyle Nix’s album Lightning on the Mountain & Other Short Stories (which show Ryan Engleman, Wes Sharon, Gabe Pearson, RC Edwards, and Hank Early among others) undoubtedly casts a sentimental glow on the project for anyone who currently has a Turnpike-sized hole in their hearts. Nonetheless, Nix proves he can move out from under that umbrella and hold his own as a singer, songwriter, and storyteller with tracks like “Good Girl Down the Road”, where small details in the lyrics really bring the song home. Listeners get to thinking that there’s a little more to that “good girl” than meets the eye, and are left wondering if Nix’s narrator followed through on his ideas fueled by “cheap gin and wishful thinkin’”.

Following the 2019 release of his album Fried Chicken and Evil Women (which is worth checking out if you’re interested), Vincent Neil Emerson has teamed up with his friend Colter Wall for this old-timey, road-weary rambling tune. Written solely by Emerson, the imagery throughout the song cleverly moves between referencing its avian namesake and describing the life of a touring musician. Wall’s baritone verse adds in a warm, rounded feel to the track, complemented by the banjo/dobro work courtesy of Andy Rogers.