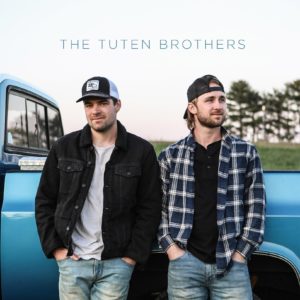 The Tuten Brothers announced the release of their new single “King of the World” on Friday, July 3rd . The duo, Walker and Sam Tuten, penned the track with Given Entertainment writer and Nashville
native, Conner Sweet. The song was recorded at the Gold Cassette studio in Nashville and
mixed by Jim Cooley, recently credited for mixing Luke Combs’s What You See is What You Get
and Travis Denning’s Beer’s Better Cold albums.
The inspiration for “King of the World” came at 19,000 feet above sea level on The Tuten
Brothers’ trip to Mt. Everest Base camp.

“We took a trip to Nepal with our little brother, Jack, to hike to Everest base camp. It was a
once-in-lifetime trip, a truly unforgettable experience. But even as we were amazed with
the beauty of these Himalayan giants, we became aware that it can still feel empty at times.
This song is about irreplaceable relationships back home. We can’t wait for everyone to
hear it!”
This is the second single from a 6-song project to be released by The Tuten Brothers throughout
the remainder of 2020. The first single, “Make a Little Life”, has been featured on Spotify’s New
Music Nashville editorial playlist for 4 consecutive weeks. The brothers plan to focus on
songwriting and hopefully playing gigs to round out the year.
“We’ve had the chance to write and produce music with some of the best in this town. We plan
to keep working and making music that makes people feel good.”

Walker and Sam Tuten are Georgia boys through and through. The brothers grew up in Macon, where they first began performing together in their church youth group. The Tuten Brothers band formed in Athens as the duo began writing and performing their own blend of country, southern rock, and soul music while attending the University of Georgia. The band’s debut release “Southern Sunrise” and high-energy shows captured the Athens music scene’s attention, leading to headlining shows at the iconic Georgia Theatre and 40 Watt Club venues. 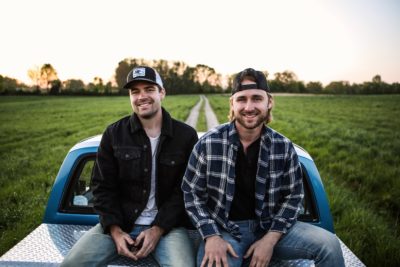 Since moving to Nashville, TN in 2018, the brothers have developed a reputation as up and coming songwriters and performers. The band’s fan base continues to grow with sold out Nashville and Atlanta shows in 2019 and 2020.

The brothers recently caught our attention with a twangy cover of “Save a Horse Ride a Cowboy”, but it wasn’t your typical cover. Played to the melody of “Feathered Indians” by Tyler Childers, Walker and Sam put their spin on combining the two songs and once you hear it, it’s nearly impossible to unhear it. Don’t believe me? See for yourself below!