HomeCountry MusicFind Out What Mitchell Tenpenny is “Broken Up” About

Find Out What Mitchell Tenpenny is “Broken Up” About 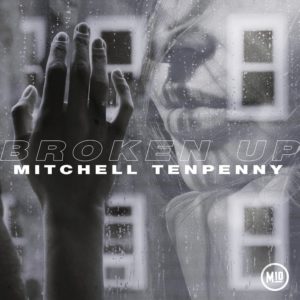 How exciting is it to have new Mitchell Tenpenny out? I have been absolutely, completely hooked on this guy since I discovered him, so much so that he was my top artist last year. “Broken Up” was released just last Friday, and to be honest I haven’t listened to much else since.

This song is very relatable, as the story tells of a man who just can’t get over his past love. It still hurts and you can’t move on and you can’t get it off your mind – you know, that tossing and turning feeling you get when you can’t stop thinking about something. It hits even harder when you’re not used to feeling this way at the end of a relationship.

“I deserve the pain about it, wish that I could give you up”. He was the one to mess it all up, yet it still hurts just as bad. This man is truly heartbroken, but you know what I like about this song? What makes it a little different, is that Tenpenny sings it in a way that makes it sound almost like a confession for the person he’s “broken up” about. He has to say it over and over again to emphasise just how bad he’s hurting, even though he’s trying so hard to play it cool.

This one is written by some absolute favourite songwriters of mine, who Tenpenny is close friends with. It must be so cool to sit around with a bunch of friends and come up with a damn good song like this. These songwriters include Devin Dawson, Ernest, Kyle Fishman and Tenpenny himself. Another great name, Jordan Schmidt, produced the song. With a group of guys like this, how could they not make magic?

“Baby I’m still broken up about it, yeah, I’ve had it up to here, I’ve had enough about it. Maybe I will open up about it, yeah but only if I’m drinkin’ ‘til I’m drunk about it”. He’s obviously a very strong man who’s really been knocked around by this breakup. This song is catchy as hell and I still haven’t managed to get it out of my head.

So, if you haven’t already heard Mitchell Tenpenny’s next single on country radio, “Broken Up”, you should definitely check it out. Whether you’re broken up about your ex or not.