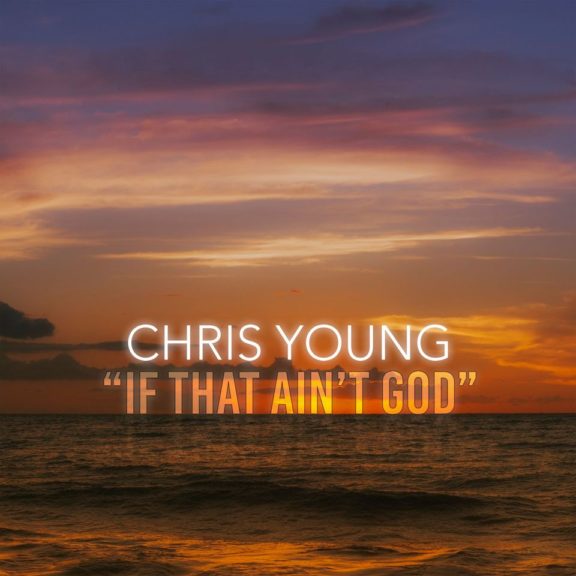 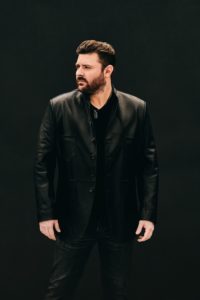 Chris Young is now releasing it on July 3. Chris continued on his Instagram, “I posted a few clips of this song and you guys made sure to tell me how much you liked it, so I’m making it my next single and it will be available this Friday! ##ifthataintgod“.

This is Chris’ first new music to be released in over a year. Written by Young, Matt Roy, Mitchell Oglesby, and Greylan James and co-produced by Young and Chris DeStefano, the song’s uplifting and inspiring message feels especially poignant in today’s times.

Chris told PEOPLE magazine, “I think right now a lot of people can use this. It’s just a positive, uplifting message. It’s talking about some of the things in life that you take for granted, whether it’s little stuff or big stuff, and you look around and you’re like, ‘Man, if that ain’t God, I don’t know what it is.’ I was jealous that I had never thought of that title on my own before, because it’s just a brilliantly written song. [Writers Matt Roy, Mitchell Oglesby and Greylan James] allowing me to be a part of it and put my own spin on it meant the world to me.”

In the first verse of the song, Young sings, “I ain’t never thought much of getting up/Or the climb down the stairs to my coffee cup/Or the good morning news in the background/’Til I heard somebody on it talking ’bout/The kid from my town, only 8 or 9/Who took a punch from cancer, but he won that fight/He had his first home run first time at the plate/Then he pointed to the sky, and it made me think.”

That first verse of the song really hit home for Young, whose own father was diagnosed with lung cancer in 2009.

“The first verse of the song talks about walking down, getting a cup of coffee and seeing a good story on the news about somebody beating cancer,” he says. “And I’ve experienced that in my family with my dad. [He] lost a part of one of his lungs and came back and you’d never know if you saw him today that he went through all that. I’m still lucky to have my dad around … and not taking it for granted.”

Chris Young has over 2 BILLION career streams and 12 MILLION singles sold – 17 R.I.A.A. Gold, Platinum and Multi-Platinum certifications, and nearly 500k tickets sold for his 2019 arena and amphitheater headline tour. The new song follows his most recent releases, his latest single, “Drowning,” which had over 1.2 million streams in its first week of release and was named to Rolling Stone’s Best Country and Americana Songs of 2019, plus “Raised On Country” and “Town Ain’t Big Enough,” featuring Lauren Alaina.

As for what’s to come for Chris Young, he says “If That Ain’t God” is just a taste of what’s on his forthcoming eighth studio album, which he has been hard at work on in self-isolation.

“‘If That Ain’t God’ is not the only new thing that I’ve added to my record,” he says. “I’ve had records before that are 10 tracks, I’ve had some that are 11, maybe 12. This one’s going to be more than that. So that’s the one good thing. I know a lot of people have been waiting on this record. We’ve already had two singles off of it and haven’t put the album out and it’s driving everybody nuts because I keep teasing it. So I’m sorry about that, but it’s going to be worth it.”

Listen to “If That Ain’t God” on all streaming platforms.

“I’m really lucky that as of this year I’ve been on RCA for 14 years,” Young says. “It’s just wild to think about that. I’m never going to forget the first time I heard [my] song on the radio. So anytime you put out a new single it’s a big deal. I’ve been so incredibly lucky and so incredibly blessed by so many things that have happened in my career. And being able to have a song like this that’s definitely a weighty message, a heavy message, but a positive one is awesome.”

Keep Up with Chris: