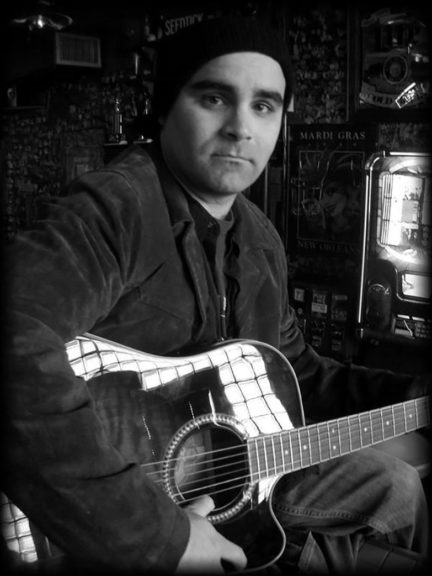 Behind The Boards: An Insightful New Book Brings the Reader into the Studio 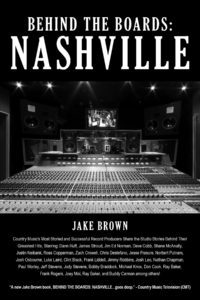 Our followers and readers of this page know that roughly 90% of our content is based on new music that’s being released, whether it be from a newcomer like Ashland Craft or a well-known superstar like Eric Church. If it’s country music and it’s new, we cover it. Covering a book release is not something we normally do, but we feel as if Jake Brown’s new book Behind the Boards: Nashville is newsworthy and something that all of us should read.

Brown, a songwriter/producer himself, began writing copy, press releases, and similar items for a record label soon after the completion of college. Through this experience and some other connections, he met a literary agent who suggested he write books. With 50 books now under his belt, it’s safe to say that this book might be his most meaningful, especially to those who don’t know the process of creating a hit song.

Released on June 23rd, the book features a behind the scenes look at this process and includes interviews with stars like Tim McGraw, George Strait, Taylor Swift, Clint Black and more.

This book is so important to the everyday fan for one reason: without being in the thick of the music business here in Nashville, it’s hard to even comprehend how fast the process is. “Remember, there’s a full-time songwriting factory down here on Music Row working day in and out churning out #1’s,” says Brown.

When Darius Rucker first moved to town as a solo country artist, he experienced this “factory” first hand. “There’s a funny story about producer Frank Rogers, Brad Paisley’s longtime producer, who went on to produce Darius Rucker’s first albums when he moved to Nashville to pursue a career as a country solo artist.  It’s a testament to just how FAST hits come out of Music Row, because he recalled recording 3 or 4 songs in one afternoon and 3 of them were # 1s, and the end of that day, Rucker turned to Rogers, laughed and said ‘Man, in Hootie and the Blowfish, we’d spend the first day getting drum sounds!’” says Brown.

Through the creation of 50 books, Brown has seen lots of change come to the music business, mostly due to the technology that everyone now has within arm’s reach. Not only are we able to access music with just a few taps of a finger, but the creation of that music has become portable in many instances.

His book highlights this as well as the tight-knit relationships that are formed in Nashville between artists and producers. “A common thread throughout much of the book, was the career-long working relationships with many of country’s biggest stars and their longtime producers in a real testimonial to the trust between say Tim McGraw and career-long producer Byron Gallimore, Kenny Chesney and Buddy Cannon, Michael Knox and Jason Aldean, Luke Bryan and the father-son Jeff and Jody Stevens team, Miranda Lambert and Frank Liddell for the 15 years they worked together, Brad Paisley and Frank Rogers, or George Strait and Tony Brown, who made over 40 # 1 hits together over 20+ years.”

Whether you’re like me, trying to get into the wild business that is the music industry, or just a music fanatic that wants to learn more about how their favorite artists create their music, Jake Brown’s new book is one of the more insightful books that you will read.

Behind the Boards: Nashville is available in audiobook from Blackstone Audio, in e-book, and out in stores today!