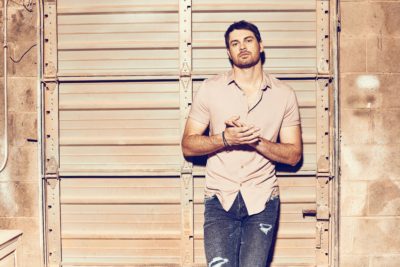 On the heels of his current Top 25 and still climbing single, “Everywhere But On,” and his debut multi-week #1 Platinum smash, “Prayed For You,” Matt Stell gave us his brand-new track, “If I Was A Bar” on June 12th. This song is a kick-a$$  jam for getting over a breakup, with the lyrics, “I’d have a ‘songs you hated  jukebox’, for all my friends to sing and every game that’s ever played on way too big TVs, I’d have your picture on the dart board, and let your ex’s drink for free. If I was a bar that’s the kind of bar I’d be.”

Stell writes on his Facebook, “#IIWAB (If I Was A Bar) is out now and the second I heard it I loved it! It’s a fun, loud country song made to be played live in front of a rowdy crowd. I’ve been looking forward to sharing this song with people since the day I cut it. This is gonna be one of the first songs we play the second we can turn our guitars up and rock out.”

“If I Was A Bar” follows Stell’s latest single “Everywhere But On” and his No. 1 hit single, “Prayed For You.”

Keep up with Matt:

Listen to “If I Was A Bar” and Matt Stell’s catalog on Spotify, Apple Music, Amazon, TIDAL, iHeart, Deezer, Pandora and other streaming platforms.