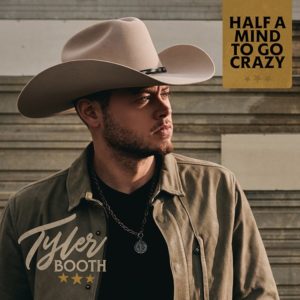 It’s safe to say that we’re all pretty bored during this COVID-19 pandemic. Up until the past week or so, 99% of places I typically frequented had been closed. This meant I did a lot of things I wouldn’t normally do in my free time. For example, I’ve watched numerous documentaries on Netflix, I’ve watched re-runs from last year’s biggest sporting events and I’ve even learned to cook new food. For Kentuckian Tyler Booth, his most recent single “Half A Mind To Go Crazy,” represents what all of us wish we could do right now.

In conjunction with this song, Booth has released a new video that shows what he and his fans of been up to during these trying times. Some are shotgunning beers, some are burnin’ rubber in their trucks, and some are just simply playing in the mud. The bottom line is, these folks are our kind of people. We live for the good times and while it may seem that the world is in a depressive state, they are all making the best of it. Check out the video below:

For Booth, 2019 was a huge success. He signed his first record deal with Sony Music Nashville and Villa 40 and signed a publishing deal with Warner Chappell earlier this year. He was also featured on Brooks & Dunn’s ‘Reboot’ album where he sang the duo’s 1991 hit “Lost And Found.” 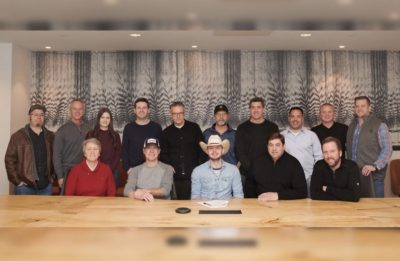 While 2020 hasn’t been what we had all hoped so far, it’s cool to see artists like Tyler Booth staying engaged with fans during these trying times. To stay up to date on all things surrounding Booth, visit his website www.newmusic.tylerboothmusic.com or on Instagram and Twitter @TylerBoothMusic.

“Half A Mind To Go Crazy” is available on streaming sites everywhere today including this super fun fan video he dropped a few weeks ago.