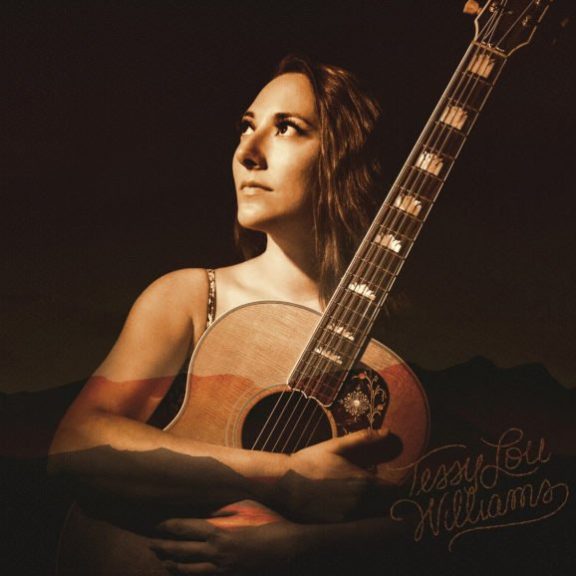 Montana native Tessy Lou Williams essentially has music in her blood. From a childhood spent watching her parents perform in their band Montana Rose to spending decades in the Austin music scene, Williams has been immersed in the music industry her entire life. “I continue to play music because there’s literally nothing else in the entire world I’d rather do,” Williams says. “It’s tough, it’s trying, it has its loneliness and isolation from the rest of the world, but it’s also incredible. This world is the only one I know and the only way I know how to exist.”

While she has released two albums as part of Tessy Lou and the Shotgun Stars, Williams is now stepping out on her own with a self-titled solo debut that’s more than worthy of carrying the torch of her classic country forbearers. Working with producer Luke Wooten, Williams has crafted a ten-song project that tackles love and heartbreak with a cutting, yet delicate clarity and a sound like something straight out of the 1960s. Speaking about the album, Williams says “these songs are country as hell, they’re each unique, personal and embody heartbreak that we can all relate to.” From the moment “Your Forever Will Never Say Goodbye” pours through your speakers to the time the last mournful notes of Williams’s cover of Webb Pierce’s “Pathway of Teardrops” drift away, the album flows as a well-balanced dance between fiddle, steel, and the soulful core of Williams’s rich vocals.

The majority of the album’s tracks find Williams floating through each stage of a heartbreak in a series of gorgeously sad ballads. “Mountain Time in Memphis” mourns a love left behind, while “Someone Lonely” processes the emotions that come with being the person left behind. “Somebody’s Drinking About You”, “One More Night”, and “Midnight Arms” offer three unique perspectives on being unable to let go of someone who leaves you hurting and lonely, while “Busy Counting Bridges” is a two-stepper that finds Williams’s narrator turning down pickup lines in a bar, “cause tonight I’m busy counting bridges/the ones I’ve crossed that led me to this hurt.”

Williams takes a spiritual turn In the Leslie Satcher-penned “Why Do I Still Want You”, finding the narrator questioning her faith after heartbreak:

“But tonight I’ve wrestled with the devil

I’ve wrestled with the truth

If the lord is my shepherd and I shall not want

Then why do I still want you?”

Williams and Satcher also collaborated to write “Round and Round”, an upbeat dancehall romp that fuses Williams’ classic country sound with the sonic hallmarks that defined country music in the 80s and 90s.

The track list with songwriting credits is as follows:

Overall, this self-titled solo debut will hit home for classic country fans or anyone who’s been on the wrong end of a heartbreak. The elegantly crafted release maintains a charming sense of nostalgia throughout, and does its part to fill the void that many classic country fans believe has developed during the recent diversification country music. You can listen to the album below or follow along with Tessy Lou Williams on her website, Facebook, Instagram, or Twitter.