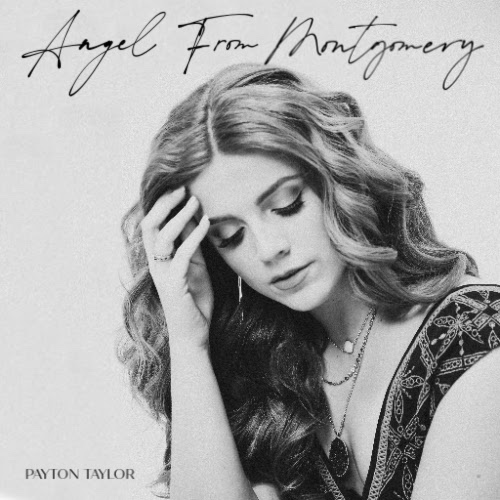 From the moment Payton Taylor made that 6-foot walk from her sister’s side to center stage during an audition for American Idol, the world knew her feelings about John Prine’s iconic song “Angel From Montgomery.” As of May 22, the world will now be able to share that feeling through Taylor’s version with the release of a stripped-down acoustic version of the song to streaming platforms.

“Of course, when we lost John – like the rest of the music community – I was grieving, but having that session helped me keep my connection with him,” she said. “After realizing what it meant for me, I knew sharing it was the right thing to do.” 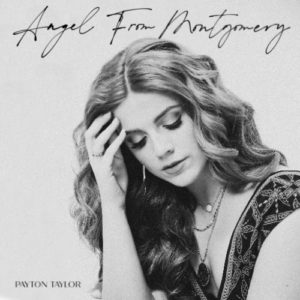 Taylor’s eclectic taste in music led her down a path very few take, but her admiration of creators has allowed her to find connections with music others may fail to grasp.

“When I was a homeschooler, I didn’t want to do anything other than listen to records and study the discography of artists who ended up becoming my heroes,” she said. “I was introduced to (Prine) through the Bonnie Raitt version of this song. When I heard it, I started going down the rabbit hole of finding out who wrote it, produced it and every detail. I found out John Prine wrote the song, and even though I’d heard his name, I didn’t really have a grasp on what he’d done as a writer.”

From that moment, there was little time wasted as she took a deep dive into Prine’s catalog, finding the two shared a similar connection to songs. Though she never got a chance to tell Prine, that connection remained strong within her. Taylor’s thoughts about Prine’s work are evident to anyone who saw the American Idol audition that she didn’t even ask for.

While the plan was to accompany her sister as a guitarist, Idol judge Lionel Richie asked Taylor if she also sang, to which she replied with affirmation. When she was asked to sing for them as well, she stepped into the oval logo and said, “I’ll do a little John Prine, if that’s cool.”

“People ask me all the time if that was planned, and it definitely wasn’t,” she said. “I think it says something about how special this song is to me that when I was put on the spot to sing one song for a chance to get on the show that I chose John’s song.

“It was the first song my mind went to, so clearly it holds a special place in my heart.”

Soon after the audition aired on national television, Taylor was in the studio for a different project, and asked if she could just put an acoustic and vocal down on the song. At the time of the recording, Taylor said there weren’t any plans for releasing it, she just wanted to have it for herself. Ironically, though, as things happen in Nashville sometimes, the session was lost.

“When I heard (Prine) was sick, I really just wanted to hear that recording, but I couldn’t find it. I called a couple of people who were also there to see if they had a backup drive, and nobody had one,” she said. “After almost giving up finding it, I tracked down the engineer , and like a miracle, he was able to find a copy.”

The recording is nothing more than Taylor’s voice accompanied by her Gibson guitar, something of which she hopes Prine would have approved. The reason, though, is because Taylor genuinely believes the lyrics are the star of the song.

“There is something spiritual about the connection between a songwriter and your instrument, and this song, lyrically, has such an impact, and the words he wrote are what needs to be heard,” she said. “The way he was able to write from the perspective of anyone in any situation was special to John. Not many people can write a song from the perspective of, not only a woman, but as the opening line says, ‘I am an old woman.” He really captures the feeling of the human he’s portraying.”

When she talks about the song, it’s hard for her to pick out a single part where she feels makes the most impact because “every verse has a gut-punch line at the end.”

Taylor said she hopes she can paint the vignette around the narrator of the song’s life the way Prine intended, and – of course – hopes her tribute is fitting for someone she deeply admires as an influence.

“John Prine is a legend, one of the greatest to ever do what we do in this business,” she said. “If I can have a fraction of the influence on someone else the way he has on this community, I will consider it a success.”

“Angel From Montgomery” will be released Friday, May 22, on all streaming platforms. Visit paytontaylor.com for more information and additional releases.