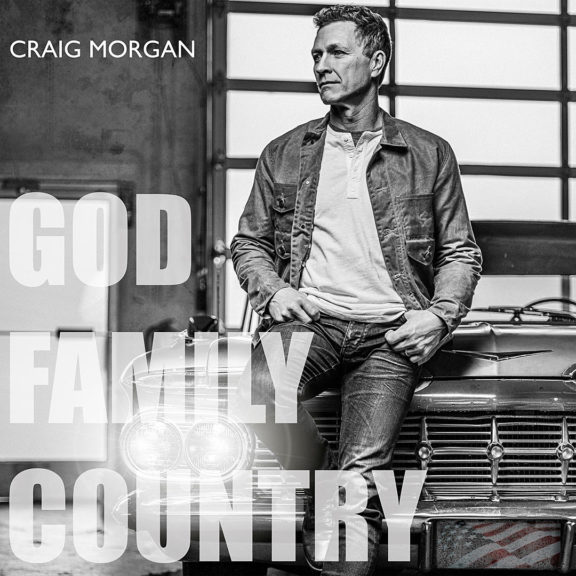 God, Family, Country – What More Do You Need from Craig Morgan’s Newest Album 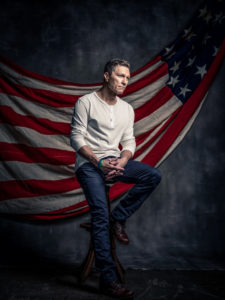 Just in time for all of our Memorial Day celebrations, country music entertainer, TV host, and Army Veteran Craig Morgan pays tribute to his past and his future with his newest album — God, Family, Country — releasing May 22, on Broken Bow Records. After 20 years as a chart-topping country music singer, songwriter and live performer, Craig returns to Broken Bow Records to release his first new music in nearly four years. But God, Family, Country, his ninth studio album, is a little different. It combines five new songs with some of the most powerful tracks he recorded for Broken Bow from 2002 to 2008, including “That’s What I Love About Sunday,” “Almost Home,” and “God, Family, Country.” It’s past hits mixed with future signatures including his faith-filled tribute to his son Jerry, “The Father, My Son, and the Holy Ghost.” And it’s all Craig Morgan.

“The Father, My Son, and the Holy Ghost,” had nearly 1.5 million views in its first week and hit No. 1 on iTunes All Genres Top Songs chart in addition to the Top Country Songs chart after longtime friend and fellow Opry member, Blake Shelton, kickstarted an unprecedented twitter campaign in support of the song he says he would “gladly give up (his) spot on country radio for.” The viral push gained support from celebrities including Kelly Clarkson, Luke Combs, Carson Daly, Ellen DeGeneres, Larry The Cable Guy, Angie Harmon, Gwen Stefani, The Today Show and more.

“We’ve never had a song like this. If you put ‘Almost Home,’ ‘What I Love About Sunday’ and ‘Tough’ all together, they didn’t have the emotional impact that this song is having,” Craig says. “It’s a very tough song to sing, and sometimes I can’t even look at people when I perform it, but it’s amazing to know what God has done, and how He has used something so traumatic in my life for good.”

Craig co-wrote 8 out of the 10 songs on God, Family, Country.

“Going Out Like This” is a high-energy love song that found Craig collaborating with his bandleader Mike Rogers, guitarist Korey Hunt and his stage manager Sam Banks, a budding songwriter. Mike, Korey and Sam were already writing the track when they asked Craig for his help; by that night’s show, they were playing it live. “A lot of relationship songs are either bubbly and funny, or they’re negative. This one talks about how love can be tough, but you just don’t give up,” says Craig, who has been married to wife Karen for 31 years. “It was just songwriters sitting down and coming up with a great idea.”

For “Sippin’ on the Simple Life,” he teamed with a pair of active duty Army Airborne Rangers for an impromptu writing session. “These two guys came up to me after a show in Washington, D.C., and said, ‘We want to write a song with you tonight.’ I joked with them and told them it doesn’t work that way!” Craig recalls. But after realizing they weren’t kidding, he and Mike sat down with the servicemen, ordered drinks, and brought their idea to fruition — just before they deployed to Afghanistan. “I thought, ‘This is a tailgate drinking song,’ and I fell in love with it. I called them and told them I’m putting it on the record. They lost their minds.”

Craig offers his version of Gavin DeGraw’s “Soldier.” “I heard Gavin sing that and thought, ‘Dang, that is my song,'” Craig says. “It truly exemplifies the personality and the character of a soldier and I just had to record it.

He was just as drawn to “Whiskey,” a song about regret and self-medication that he first heard when the song’s co-writer Anthony Smith posted a demo to Facebook. “Lord I hate the taste of whiskey, but I drink it anyway,” goes the chorus. “At different points in our life, different songs have different meanings,” Craig says. “Shortly after Jerry died, I was at a crossroads. I’ve had friends who drank through heartaches and there were times when I thought, ‘If I could just get drunk, I’ll be OK at least until tomorrow.’ I didn’t take that road, but I feel like this song will speak to the people who have.”

“This album is based on everything that’s happened in my life and my career,” Craig says. “I feel like I have some of the most quality songs I’ve ever recorded, and there is a new energy here. After all I’ve been through, I’m at one of the most inspired places I’ve ever been.”

The Father, My Son, And the Holy Ghost – Craig Morgan

That’s What I Love About Sunday – Adam Dorsey, Mark Narmore

Before Craig became known for his 25 charted songs on Billboard and widely known for his massive hits, including “This Ole Boy,” ”Almost Home,” “Redneck Yacht Club,” “That’s What I Love About Sunday,” “Little Bit of Life,” “Wake Up Lovin’ You,” “International Harvester” and “Bonfire”, Craig served our country in the Army for over seventeen years, including 10.5 years on active duty in the US Army, serving in the 101st and 82nd Airborne Divisions. He continued to serve another 6.5 years in the Army Reserves and was awarded the 2006 USO Merit Award for his tireless support of US soldiers and their families. He continues to support our soldiers and their families with 16 overseas trips to entertain U.S. troops, including 12 tours with the USO where he has entertained more than 45,000 service members and military families in 15 countries. Craig received the Army’s Outstanding Civilian Service Medal, one of the highest awards the Department of the Army can bestow upon a civilian, recognizing his significant dedication to our military men and women around the world.

Craig Morgan was bestowed one of the highest awards that the Department of the Army can present a civilian when given the Outstanding Civilian Service Medal on June 23. The country singer and veteran was recognized for his dedication of entertaining troops and their families. 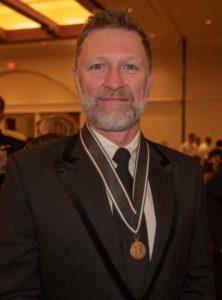 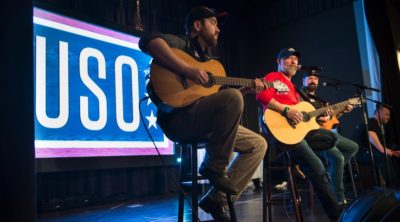 Photo Courtesy of Chairman of the Joint Chiefs of Staff

“Every tour I do overseas, I tell the service-members that I left the military to pursue music—but it was really songwriting,” he said. “I ask if there is anyone there who thought that was something they’d want to pursue, and we talk about it.”

Craig is also an ambassador for Operation FINALLY HOME and partners with the non-profit to create awareness for their mission to provide custom-built, mortgage-free homes to wounded veterans and their families. To date, over 250 home projects have been completed or in-planning in 33 states. Learn more at operationfinallyhome.org.

This proud member of the Grand Ole Opry since 2008, who has made over 250 appearances on the hallowed stage, is hosting a new weekly livestream series every Friday at 4pm CST, called “Fridays at Four.” The recurring series will feature performances and Q&A on his Facebook page.

Craig premiered his new docuseries, Craig’s World, on Circle Network earlier this month, with new episodes airing every Thursday at 8pm/7pm central. The series follows Craig at home and on the road as he and his tight-knit family navigate triumphs and challenges while developing businesses, writing hit songs and balancing a country music career. Craig is no stranger to TV, having hosted eight seasons of the award-winning Craig Morgan All Access Outdoors (Outdoor Channel) and shared the screen with his family in Morgan Family Strong (UP).

God, Family, Country is 100 percent country, and calls to mind the best of Craig’s radio hits. He’s grateful for the support that the format has shown him and is excited for his friends at country radio to hear the new music. Craig is gearing up for an extensive headlining tour and will also offer fans a glimpse into his private life with the new TV series Craig’s World, airing on the Circle Network.

But it’s all united by God, Family, Country.

Keep up with Craig