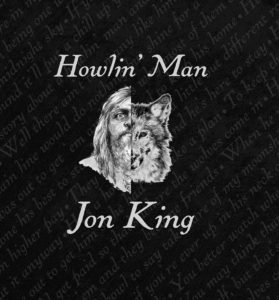 It is assumed that country music originated in Nashville. Even the most diehard country fans do not know where country music was officially “born.” Many historians trace early forms of country music back to the 1700’s where settlers came to the Bristol, TN area, bringing their stringed instruments and ballads from countries like Scotland. It wasn’t until the 1920’s that country music was widely commercialized thanks to Ralph Peer, who traveled to Bristol and tapped into the undiscovered world of “hillbilly music.” This history has since been forgotten by so many but East Tennessee native Jon King hopes to bring some of that glory back with songs like “Howlin’ Man.” 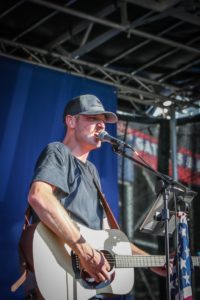 King, who grew up just minutes from Bristol, has always been a fan of the genre simply because of the stories they often tell. This new track tells a unique story that is reminiscent of a Tyler Childers tune. “Howlin’ Man” is a story about a moonshiner who becomes friends with wolves,” says King. “Overnight when he’s at his still, all he has to do is call those wolves to guard it so no one stoops around what he’s doing.”

This single comes after the release of “She’s Out There,” King’s debut single. A music video was shot in Bristol and released right before Christmas this past winter. Check it out below:

With a voice and songwriting abilities that King has, it would be safe to assume that he’s been dreaming of country music stardom his entire life, but that couldn’t be further from the truth, as he just started playing a few years back in college, where he wrote songs while recovering from an injury sustained while on the basketball team.

King admits that a lot of the songs from his early songwriting sessions were not very good, but it eventually clicked, so much so that he’s going to record one of these songs that he wrote while in college. “I’m actually going to release another single that is a re-recorded song that I wrote in college with one of my friends but I’ve redone it and made it my own version.” 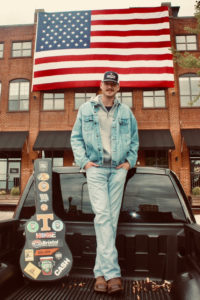 Ultimately, Jon King wants to release what a lot of us are longing for; the truth. “I grew up listening to Waylon Jennings and Eric Church. Those are two guys that define me the most. I’m a guy that’s fairly simple. There’s not too much that I won’t like, but I’m straight forward and I like having it my way.”