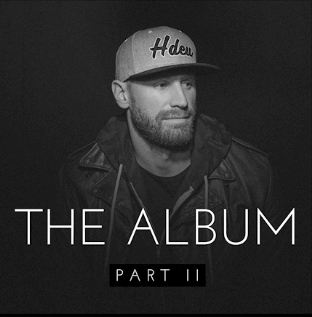 Chase Rice Finally Hits Us With Part II of THE ALBUM. 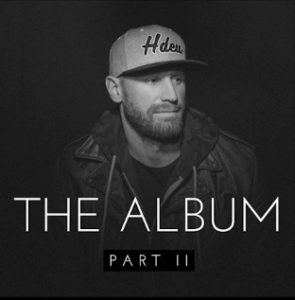 Chase Rice finally released his long awaited The Album – Part II today, published by ℗ Dack Janiels Records under exclusive license to This Is Hit d/b/a Broken Bow Records. In late January, Chase dropped his surprise album, The Album – Part I, his first since Lambs & Lions in 2017. It featured seven new songs including “Lonely If You Are,” which is currently on the Billboard Top 25 country chart and still climbing. He hit us with 4 new songs on The Album – Part II to conclude his album with a total of 11 new songs from both Part I and II.

“We’ve been eager to get more new music out to the fans, especially during this crazy time,” says Rice. “I’m really proud of these songs and hope they can bring a little joy to people while they’re stuck at home.”

PART I – THE ALBUM 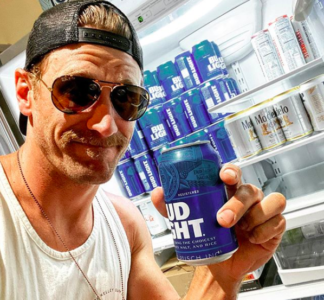 Chase wrote on his Instagram, “Year ago we had the #1 song in the country with ‘Eyes On You’, now we got The Album Part II comin’ out tonight, and the first album I’ve ever put out while being home. These beers should last til 9, maybe 8. Cheers 🍻”

“I have so many songs I’ve written that I’ve never released and may never hear the light of day and I decided I’m not doing that anymore. It’s like, if I write it and love it, let’s put it out. And we kind of stumbled on the idea (of what to call it) by accident. I just kept saying the album, the album, the album and thought what if we just call it that?”

Chase’s efforts to improve his songwriting skills are part of an overall shift to excelling at all aspects of music.  “I’ve already had a hell of a career, but I want so much more, and I understand I’m not going to get it unless I put the work in. And now I’m putting in the work. I’m busting my ass learning from a lot of people who are smarter and better than me. I know who I am now, and I think that’s going to show in the music.”

Rice first broke onto the country music scene as an artist in 2014 with his Top 5 hits “Ready, Set, Roll” and “Gonna Wanna Tonight.” Last year, he had his first big No.1 hit with “Eyes On You.” Although he’s been making music for nearly a decade, he’s recently rededicated himself to becoming better at the craft of songwriting. He’s collaborating more with those he can learn from, and working to dig a little deeper in drawing from his own experiences.

Rice got his first glimpse of music success as a songwriter in 2012. He co-wrote the country mega-hit “Cruise” that would make stars of his childhood friend, Brian Kelley, and Tyler Hubbard, who make up Florida Georgia Line.

With his recent release he features a song titled “Belong” off the new album that is a perfect description of what’s going on in the world right now. “We were completely done with Part II,” he recalls of “Belong,” the song he actually wrote a year and a half ago, originally referring to the political divide that was and continues to be evident even now. “I was driving around and it came on and I realized that’s exactly how I feel right now. I wanted to get the message out about how I felt and how I feel that I’m right where I belong and no matter where we are going, we are going there together.”

Chase put this video for “Belong” out on May 15th on his Youtube. Produced/Edited by: Evan Kaufmann.  Definitely my new favorite off of the album.

“This break is one of the best things to happen to me in my life. It gave me a break that I desperately needed. It forced me to slow down. It reminded me that I am surrounded by some amazing people and I am building a career that I can now be proud of. Everything is coming together before my very eyes.”

If there’s one thing we can all agree on, is that we will never get this time back. As long as Chase keeps putting out new music, I know one thing’s for sure, we WILL be listening.

Keep up with Chase